Synopsis: From Intrepid Pictures, the producers of The Strangers and Safe House, comes Oculus, by up-and-coming director Mike Flanagan. As children, two siblings witnessed their parents' harrowing descent into madness and murder. Now, as an adult, Tim (Brenton Thwaites) is released from incarceration in a mental facility and reunited with Kaylie (Karen Gillan). Kaylie has tracked down the Lasser Glass, an antique mirror from their childhood, convinced it is infused with evil and responsible for their family tragedy. Years of mandated therapy have convinced Tim the haunted mirror is simply a myth they created to cope with their father torturing and killing their mother. However, Kaylie is determined to document the mirror’s paranormal nature and prove otherwise. As soon as they proceed with Kaylie's experiment, flashbacks from their horrifying past overwhelm them, and soon they lose grasp of reality. Their hallucinations unravel the sinister truth from long ago, as they confront their past and try to survive the night.

Pardon this reviewer’s ignorance, but he had to check with an online dictionary what the word “oculus” means. For the benefit of those who do not know, an oculus can either refer to an eye, a circular opening at the apex of a dome, or a design representing an eye. How is this relevant to this American supernatural drama horror movie? Well, for one, the movie poster featuring a pair of “in grown” hands covering the protagonist’s eyes does look creepy enough to entice horror fans. To what extent this image plays a role in the movie, we’ll not give away too much.

Based on the director Mike Flanagan’s earlier short film Oculus: Chapter 3 – The Man with the Plan (nope, we haven’t heard of this one before either), the story’s protagonists are two teenage siblings whose lives changed when the younger brother was convicted of a brutal murder of their parents. After being released from protective custody, he joins his sister in her attempt to prove that what happened on that fateful night was caused by a supernatural force. What follows is a series of terrifying hallucinations what will bring on another nightmare which they can’t shake off.

It’s always a good thing to cast relatively unknowns in a scarefest like this. Karen Gillan (TV’s Doctor Who) takes on the role of the elder sister who wants to prove her younger brother’s innocence, while Brenton Thwaites (Prince Phillip in the upcoming Maleficent) plays the disturbed young man who is haunted by a horrifying past. Rory Cochrane (Argo, Parkland) and Katee Sackhoff (The Haunting in Connecticut2: Ghosts of Georgia, Riddick) are their ill fated parents. While these are not familiar faces and HollywoodA listers, they deliver decent performances as a family who is struck by a supernatural tragedy.

Director Flanagan is a good storyteller. With a script co written with Jeff Howard, he manages to present two different plotlines told in parallel through flashbacks. Having the events of the movie taking place in two different times 11 years apart, Flanagan cleverly uses transitions in a non contrived way that will have you focusing on worrying about the ultimate fates of the protagonists.

We aren’t fans of the horror genre, especially given the recent slew of movies produced out of convenience. This one is different because it doesn’t throw gore and scares in your face. Instead, it builds on an unsettling tension that messes with your mind. When the revelation happens (you’d see it coming way earlier if you’re a seasoned movie goer), you won’t find yourself mumbling under your breath: ‘Yah, right. Yet another throwaway mediocre horror flick.”

The object in question is a Lasser Glass, an antique mirror that seems to be capable of unleashing a frightful supernatural force. Through some clever , the filmmakers have managed to instill a sense of dread and anxiety that will leave the less brave squirming in their seats. One outstanding sequence (not involving the mirror) has Gillan’s character handling apples and light bulbs. Without giving spoilers, let’s just say things will turn out a tad bloody.

When the 103 minute movie ends, you know there is much room for a sequel. If there is one, you’d wish it’s as good as this spine tingling horror thriller. 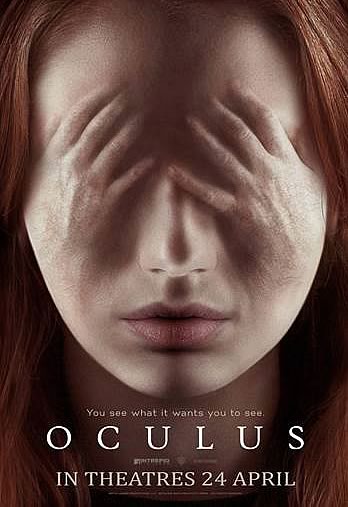 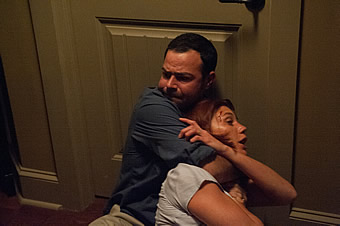 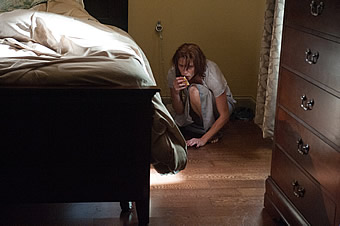 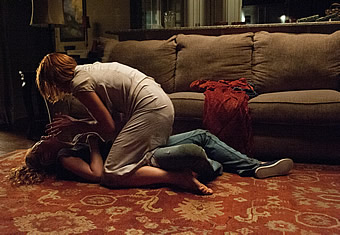 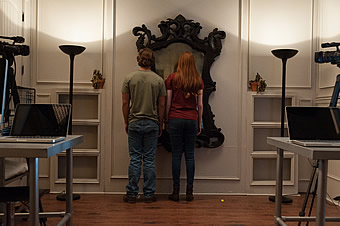 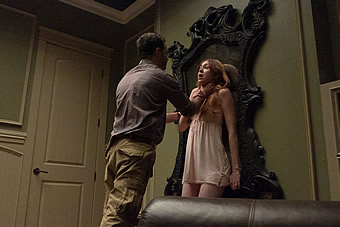 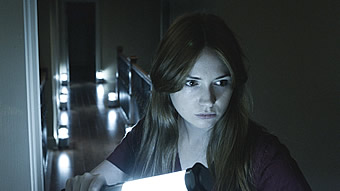