Synopsis: Young circus ringmaster Wei Wei has only bat-swinging gorilla Ling Ling to depend on as her only family member and friend when her grandfather dies in the Great Sichuan Earthquake, leaving behind an insurmountable debt. When a loan shark threatens to sell Ling Ling and the circus kids to cover the debt, Wei Wei (Xu Jiao) has no choice but to allow Ling Ling to be scouted in the Korean Baseball League by the materialistic sports agent Sung. Ling Ling, now dubbed ‘Mr. Go’, becomes an instant hit with fans and leads his team Doosan to a miraculous winning streak. No pitcher can stand up to Mr. Go’s powerful single-handed swing, and they watch helplessly as the ball flies out of the park. His popularity grows so immensely that even the fans of his opposing teams cheer for him, and single handedly attracts worldwide media attention to the league. Wei Wei and Sung are stunned and blinded by the sudden success, and neglect to detect Ling Ling’s worsening knee injury, just as Japanese clubs are drafting ground breaking trade propositions…

‘Mr Go’ is one of those movies that you go in thinking that you have it all figured out, only to realise that it packs so much more than you had ever expected it would. Not that it isn’t unabashedly a family film, but the real surprise to Kim Yong-hwa’s expensive 3D film is how it deftly confounds audience expectations with its engaging plot, offering a thoroughly enjoyable experience for both young and old alike.

Based on the classic 1980s comic ‘7th Baseball Club’ by Heo Young-man, the titular character refers to a 285 kg circus gorilla who is recruited by a savvy baseball agent to join the professional league by batting for the Doosan Bears. Such a high-concept premise seems primed for formula, especially since Mr Go is also the de facto guardian of a 15-year old precocious girl named Wei Wei (played by Mainland actress Xu Jiao), so one might be excused for already anticipating a rousing finale which simply affirms the ties between human and primate.

For the record, as well as for the benefit of audiences looking for that sort of an uplifting conclusion, it does end on such a stirring high note. Yet that is only half of the story, and Kim and his co-writers - Kim Hyun-chul and Kim Jong-hyun - deserve credit for coming up with some interesting surprises along the way. Instead of proceeding on a straight trajectory therefore, this one twists and turns thanks to some nicely timed curveballs, charting an altogether different path from where you think the various narrative threads are going.

Setting the stage for said gorilla Ling Ling’s journey to Korea is the 2008 Great Sichuan Earthquake, which causes the death of Wei Wei’s grandfather and leaves her in charge of his circus with a huge debt over their heads. As debtors come calling, Wei Wei is left at her wit’s end how to save the circus as well as the forty other orphans who claim shelter under its roof. And so when the wily Sung (Korean actor Sung Dong-il) comes knocking, she readily accepts his offer to transform Ling Ling into a baseball star.

Whereas other genre movies might have settled for making Sung the villain who turns over a new leaf by the time the credits roll, Sung is none of that here; rather, questionable though his motives may have been at the start, he forms an almost immediate bond with Ling Ling even as the latter uses the leaves of his prized Japanese tree in a garden within his apartment to make its bed. Neither does Ling Ling have any trouble settling into the game; in fact, he takes to baseball like the glove that fits the hand.

Reserving Sung’s cover-up of Ling Ling’s weak knee for almost the very end, Kim works on the debtors’ continued harassment of the orphans and more importantly, a second gorilla named Lei-Ting whom Wei Wei had tried but failed to train and tame. At least for the first half of the movie, it isn’t quite clear how Lei-Ting will come into the picture, but once you see how the filmmakers weave him into the story, you can’t help but be awed for both their ingenuity as well as their ambition.

Indeed, for what marks the first fully CGI-ed character to be created in Korean cinema, Kim has certainly set the bar high for himself and the larger industry. Working together with his VFX supervisor Jung Sung-jin under Kim’s own studio Dexter Digital, he brings Ling Ling to life with amazing vividness. Not only is the CGI seamlessly integrated into the live-action shots, Ling Ling is animated with impressive detail to both emotion and character. That feat is even more significant when one compares Ling Ling to Lei-Ting, the former gentle and generous while the latter rash and rowdy.

Undoubtedly impressive are the scenes where Ling Ling gets in the heat of the game; in particular, one where his trainer Wei Wei goes AWOL leaving Sung to take over is exhilarating to watch as Ling Ling gets out of control and is pursued by an emergency helicopter over the roof of the Jamsil Stadium. But Kim reserves the best for last; the finale where Ling Ling and Lei-Ting end up on opposing teams and go up against each other is jaw-dropping to say the least, particularly so when one considers that both gorillas are in fact computer-generated.

With a keen sensibility tuned to the game too, Kim choreographs the baseball matches with throbbing excitement, sparing no expense at replicating the sheer thrill of the games. Baseball fans will also appreciate how he takes care to intertwine finer intricacies of the sport as a business, as Ling Ling’s talent attracts the interest of two rival Japanese baseball teams which Sung proceeds to milk for maximum gain. Such details add richness to what could easily have been a run-of-the-mill family movie, and demonstrate Kim’s endeavour at both creative and technical artistry.

His achievement is also even the more notable for being the first major Korean-Chinese co-production - a significant part of its US$22.5 mil budget (considered sizeable by the terms of the Korean film industry) was put up by Huayi Brothers. Notwithstanding the necessities of ensuring some Chinese element in the story (Wei Wei’s circus hails from China), Kim’s film is a brilliant example of cross-strait collaboration that does not need to pander to audiences on either side. Most of all, it is amusing, heartwarming, poignant and inspirational, one of the very best family films we’ve seen in a long while.

(A smarter-than-expected narrative and some truly astounding technical achievements combine to create one of the best family films in a long while that delivers big laughs, big emotion and huger thrills) 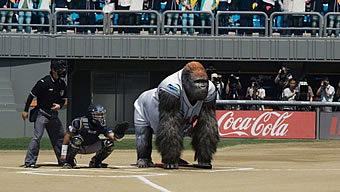 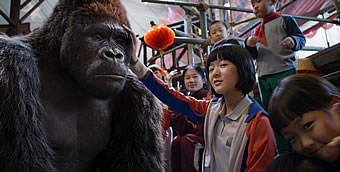 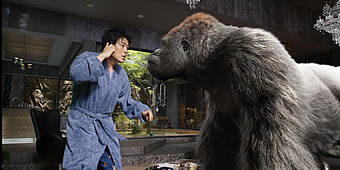 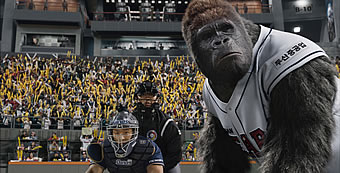