Synopsis: One of Marvel’s most compelling and conflicted characters comes to the big screen as Oscar® winner Jared Leto transforms into the enigmatic antihero, Michael Morbius. Dangerously ill with a rare blood disorder, and determined to save others suffering his same fate, Dr. Morbius attempts a desperate gamble. What at first appears to be a radical success soon reveals itself to be a remedy potentially worse than the disease.

Superheroes are meant to protect and fight for justice and they usually have great qualities that are admirable and inspirational.

But what if superheroes possess qualities that are ‘demonic’ and ‘frightful’ and are not part of the norm?

“Morbius” takes us on a journey with Dr Michael Morbius, who suffers from a rare blood disorder and is trying to find a cure to the illness. When he found success and works on himself, he turned into a vampire and became unimaginably dangerous, horrific and worst than the disorder itself. When he finds out that his good friend with the same disorder took the same serum despite his plead, he must now find a way to stop his friend from causing more damage.

Although anti-heroes are not uncommon in the comic world, they may not always be the ones that people usually relate to. And they are usually visualised to have highly intense and complex characteristics, with more illustrious background.

With that, one would have imagine that this film would be filled with more complexity, depth and layers. Surprisingly, “Morbius” is but a rather strange mix of complexity and simplicity that may or may not be entirely good for the film.

On one hand, whether or not one is a comic fan, he or she would be able to follow through the film with ease, as the storyline is easy to comprehend and digest, making it surprisingly accessible in comparison with films of similar genre.

On the other hand, the simplistic plot might bore comic fans who are expecting more potency and fire in its delivery. In comparison with other comic-related films “Morbius” does seem slightly amateurish in terms of plot development. And this strange mix runs throughout the film.

The overall effects were alluring and unique, owing to the after effects of vampirism and in line with the bodily changes of the heroes. However, some of the effects ended up becoming so ‘blurry’ and undefinable, that it looks rather confusing and mind-boggling to the viewer. It is uncertain if the effects were purposely created to give the effect of speed and mobility that cannot be seen ‘in the naked human eye’, but it definitely was quite enough for one to be irritated.

Adding on to that, the film had many strange and ambiguous scenes that neither seem to make sense nor add value or substance to the plot. Some were rather undefined and inconclusive, so much so that it made itself rather redundant.

The pacing of the film was fine and smooth, with sufficient suspense, action and drama to keep the film going and to entertain those who might be easily distracted. The cast did a fine job and made the characters that they played engaging and believable, however there was strangely not much character development and the viewers are left to feel a little disconnected with the characters.

“Morbius” delivers what is necessary of an anti-hero film and gives enough boost to keep the viewers at the edge. However, its direction and vision mostly seem simplistic and may not have much impact in the minds of the viewers.

Still, “Morbius” is entertaining in its own way and has iconic moments that were great takeaways that makes it quite likeable. Maybe like what Dr Michael Morbius is facing, the film itself is but an ‘introduction’ to the world that Dr Morbius is entering. We do not know too much, but we know enough to get by. We are still discovering Morbius and it is, in itself, discovering us.

And this strange mix of complexity and simplicity may not be the best formula to use for a comic film, but I guess it helps to at least bridge the gap between regular viewers and comic fans.

(An entertaining watch that is easy for all to follow, but yet not the most impactful to most. Be amused by its mystery and enjoy the ride as it is) 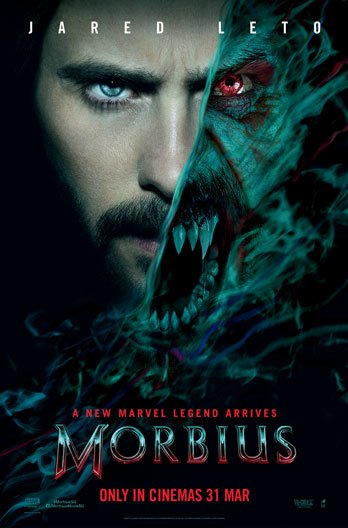