Synopsis:  Mike Wazowski and James P. Sullivan are an inseparable pair, but that wasn’t always the case. From the moment these two mismatched monsters met they couldn't stand each other. “Monsters University” unlocks the door to how Mike and Sulley overcame their differences and became the best of friends.

Pixar may be a brand name, but it is one that is built on some solid, creative storytelling skills and savvy digital wizadry. You don’t need me to tell you it’s hard to be disappointed with a Pixar film. So let’s just say you are reading this review to affirm your own belief that Monsters University did not and could not suck.

The film, as with all Pixar's full-length features, starts with a cute little short entitled “The Blue Umbrella”. I've always been fond of Pixar's strong range of shorts and an unabashed fan of its witty, charming and even succinctly moving films. The Pixar Short serve as a great platform for Pixar’s tech newbies to have a taste of the game, and is also a teaser of the creative giant's knack for finding, or rather, inventing a heart and soul in inanimate, everyday objects we too often pass by but take nary a look.

However, “The Blue Umbrella” which had a very promising trailer, smacks more of a Turn Left Turn Right (2003)-type, sentimental Jimmy-esque cartoon that is more passingly cute than genuinely affecting; a little flat, to say the least, and made one wonder if the novelty of digital anthropomorphisationis getting old; if Pixar is losing its touch as it gravitates towards formulae rather than focusing on the heartwarming stories it has always magically told. I don’t think I speak just for adults when I say it is simply not possible to feel for every creaking tin, can, or manhole that has some semblance of eyebrows or a smile on it. A part of me wants to root for Pixar, and yet another part, having witnessed over the years, a sampling of the company’s creative possibilities, cannotshrug off the feeling that often, Pixar could have done so much more.

The actual characters of Monsters University, however, are a real show-stopper. Some of these creatures do not seem very monster-like at all. In fact, many designs appear to be mere spins on a regular garden snail, scorpion or furry animal. They do, however, come in a multitude of shapes, sizes and colours. Just observing their different appearances and quirks is an eyeful, and a whole lot more interesting than with the rather characterless “cast” of Cars (2006). This makes Monsters University a film worth re-watching just to catch all those intricate details that one might have missed on first viewing.

The story itself is a charmer, and the Pixar producers milk all your typical high school stereotypes in setting up the tiny, geeky green creature, Mike Wazowski  (voiced by Billy Crystal) against his behemoth anti-thesis, the towering resident jock Sulley Sullivan (voiced by John Goodman). A big part of the film revolves around how the ability to be “scary” forms the very bedrock of a monster’s identity, and the crushing disappointment of discovering the limits of one’s “scariness.” Thankfully, these salient, universal and meaningful themes are not explored in a didactic manner and prove equally entertaining as they are educational.

The beauty of a Pixar film is also the promise of ever-tasteful endings that are innocently fairy-tale like, and this comes at the coda of Monsters University, where the film gradually, lovingly segues into a bridging finish, cementing its position as a prequel to Monsters, Inc. (2011).

When I’m often too preoccupied with scribbling away reviewer’s notes in the theatre, and gloating with the pleasure of having mastered the art of writing in pitch darkness, it’s films like Monsters University which transports me so seamlessly into its world and jams the cogs of an analytical brain. There are few films that are able to make us forget that we are watching one, let alone make us feel like kids again, but Pixar does this so well.

Now we only have to re-watch Monsters, Inc. to ride on that wave of nostalgia, and await with bated breath for the release of Finding Dory.

(A fun and touching prequel to Monsters, Inc. which, with the exception of those who vehemently detest animation, will be watched by the whole town regardless of this review’s existence! Keep your eyes peeled for a particularly entertaining library scene and stay till the end of the credits!) 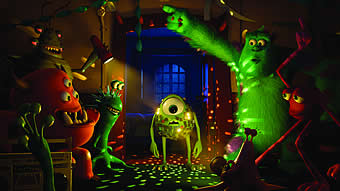 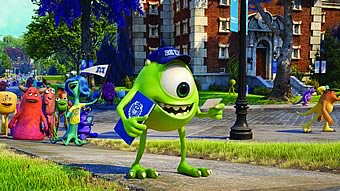 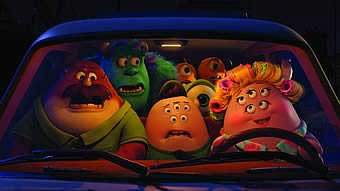 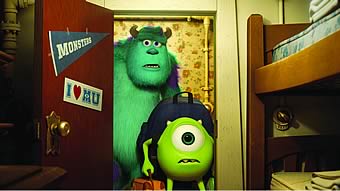 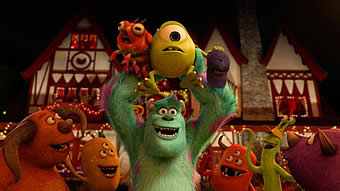 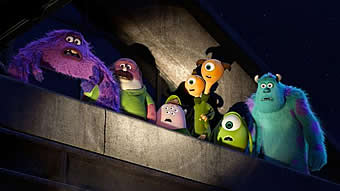