Wow, just wow. We can’t begin to describe just how blown away we were by ‘Mission Impossible: Fallout’, the sixth instalment of the espionage-action franchise synonymous with Hollywood’s bona fide action star Tom Cruise. The signature elements of any ‘MI’ film are all here – including a twisty narrative that keeps you guessing and Cruise’s death-defying set-pieces – but what truly elevates this latest iteration above all the rest is both how beautifully it is executed by writer-director Christopher McQuarrie and how it finds unexpected poignancy in Hunt’s empathy as well as emotional sacrifices. Oh yes, this one is not just deliriously fun and thrilling, it’s also surprisingly moving, and counts as probably the very best ‘MI’ ever.

A direct sequel – and the first for the ‘MI’ films – to 2015’s ‘Ghost Nation’, ‘Fallout’ finds Cruise’s tireless IMF secret agent Ethan Hunt staring down a new threat by his previous nemesis, namely the half-mad anarchist Solomon Lane (Sean Harris). In fact, it begins with Lane literally haunting Hunt in his dreams, appearing as the priest at Hunt’s wedding to his long-suffering wife Julia (Michelle Monaghan) in a flashback-cum-dream vision. As set out in a lengthy exposition in the scene that follows, two years have passed since Lane’s capture, but the members of his freelance terrorist network have since regrouped as The Apostles, and are attempting through a certain member known as John Lark to procure three plutonium orbs which can be weaponised into atomic bombs.

Hunt’s mission, should he choose to accept it… No seriously, as much as we’ve taken that choice for granted, McQuarrie reminds us just why it is almost Hunt’s second nature to risk life and limb to save the world, but why at the same time when forced to choose between saving the plutonium and his old pal Luther (Ving Rhames), Hunt would in that moment decide to save one man at the risk of endangering millions of others. It is also the consequences of that which Hunt races against time – with the help of course of his trusty sidekicks Luther and Benji (Simon Pegg) – to prevent, the very prospect of nuclear catastrophe at stake if he fails. Straightforward as it may sound, McQuarrie throws in a whole bunch of characters with questionable agendas and allegiances to make the mission a whole lot more complicated.

Besides Lane, former MI6 operative Ilsa Faust (Rebecca Ferguson) also returns, although she may or may not have since switched sides. So does Hunt’s IMF chief Alan Hunley (Alec Baldwin), who plays a pivotal role midway into the film as Hunt’s own loyalty is cast into question. The new additions here are moustached CIA brute August Walker (Henry Cavill), assigned by the CIA director Erika Sloane (Angela Bassett) to ensure Hunt makes the right choices the next time he’s put in a tight spot; and the shadowy femme fatale White Widow (Vanessa Kirby), the broker acting as the go-between Lark and the ones holding on to the plutonium. Lark though is no more than a John Doe: one moment he’s a skilled fighter in the form of Liang Yang, one moment he could be Hunt’s alias, and another he could be Walker’s.

It’s probably obvious that the dynamics between Hunt and Walker is key, and indeed McQuarrie plays on their inevitably tense relationship for some great character moments. There is the much-touted HALO (High Altitude Low Opening) jump where Hunt saves Walker from plunging to certain death by giving him his oxygen tank in midair; there is the hand-to-hand brawl in a toilet stall within a nightclub where Hunt and Walker tag-team to subdue Liang Yang; and last but not least, there is Hunt in a helicopter giving chase to Walker over the mountains and valleys of Kashmir. Just as crucial is the relationship between Hunt and Lane, the latter of whom seeks now not only to destroy the world but also to get back at Hunt after being out-played by him – and it is Lane who will make the stakes personal for Hunt by putting the lives of not one, but two of the most important women in his life on the line.

It is most certainly deliberate that we’ve chosen not to talk about Cruise’s insane stunts right at the start, not just because of what’s already been said about the most spectacular of them, but also because they would not mean much without any context of why they are in the movie in the first place. Credit for that belongs to McQuarrie, who doesn’t simply build a flimsy story around the big-deal fights and chases but weaves them seamlessly within the plotting, such that the narrative progresses within and with the action itself. Cruise racing through the picturesque streets of Paris on a BMW R nine T motorcycle, including against the traffic circle of the Arc de Triomphe, is part of a larger, more elaborate, string of double-crosses and triple-crosses. Ditto an extended foot chase along the rooftops around the Tate Modern and ending on its stark 300-foot chimney, which follows after a franchise-altering death that we won’t spoil for you here.

Oh yes, each one of the stunts here – the HALO jump, the Paris motorcycle cum car chase, the London foot chase, and the mid-air helicopter duel – are memorable not only because Cruise gives his 200% to them, but also because McQuarrie makes them matter as part of the story. Still, if there was ever any doubt, we are awe-struck by the commitment that Cruise brings to these astonishments, defying age, logic and gravity whether being T-boned by a car in Paris traffic or wrestling onto the undercarriage of a helicopter in mid-air. Thankfully, McQuarrie respects Cruise’s insane physicality in the best way possible, shooting in long shots with minimal cuts and often keeping him in and out of close-ups so that we’d be able to see without any doubt that it is Cruise in every one of these scenes.

Especially in this era of too-many-superhero-movies, ‘Fallout’ stands out as a singular example of true-to-life action done absolutely right. Every shot is done with the utmost respect for realism, and with Cruise at the front and centre of every jump, chase or fight, there is sheer edge-of-your-seat exhilaration no Marvel or DC movie can even begin to imitate. Certainly, Cruise deserves utmost credit for invigorating and reinvigorating the MI films time and time again, but equally this time round, McQuarrie should also be lauded for taking the franchise to new heights of excitement and new depths of emotion. There is class, intelligence, expanse and thrill in McQuarrie’s second ‘MI’ assignment – the only director to have that honour, mind you – and ‘Fallout’ quite simply ranks as one of the best, if not the very best, of the series.

(Combining the signature elements of a twisty narrative and death-defying stunts with an emphasis on moral choices and consequences, this deliriously thrilling and surprisingly poignant entry is easily the very best MI film ever) 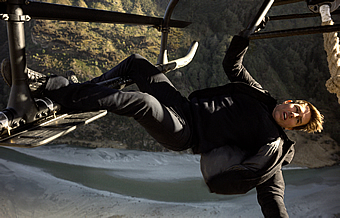 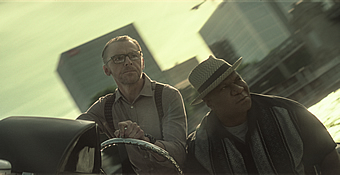