Synopsis:  MASQUERADE (Gwang-hae: The Man Who Became King) is a South Korean historical film starring Lee Byung-hun in dual roles as the bizarre King Gwang-hae and the humble acrobat Ha-sun, who stands in for the monarch when he faces the threat of being poisoned.

The paranoid 15th ruler of Korea's Joseon Dynasty, King Gwanghae (LEE Byung-hun), orders his chief secretary Heo Gyun (RYOO Seung-ryong) to find him a double in order to evade the constant threat of assassination. Heo Gyun finds Ha-seon, a performer of satirical farces who bears a remarkable resemblance to the king. Just as feared, Gwanghae is poisoned shortly thereafter. The chief secretary proposes Ha-seon fill the role of the king until the bed-ridden monarch recovers fully, and grooms Ha-seon to act every bit the part.

While assuming the role of ruler at his first official appearance, Ha-seon begins to ponder the intricacies of the problems debated in his court. Being fundamentally more humanitarian than Gwanghae, Ha-seon’s affection and appreciation of even the most minor servants slowly changes morale in the palace for the better. Over time he finds his voice and takes control of governing the country with real insight and fair judgments. Even the chief secretary is moved by Ha-seon’s genuine concern for the people, and realizes he is an infinitely better ruler than Gwanghae.

However, the king's chief opposition, Park Chung-seo (KIM Myung-gon), notices the sudden shift in the king’s behavior and starts to ask questions. The queen (HAN Hyo-joo) is also conflicted between the real king and the fake king’s secret.

This much is history – in the eighth year of King Gwang-hae’s reign during the 17th century Joseon dynasty, there was a sudden reversal of policies that had favoured the aristocracy. Suddenly, the wealthy were made to pay more taxes and the same burden lightened on both the peasants as well as the middle-class. The noble were also ordered not to exploit the poor as slaves, lest they face the wrath of the King. Strangely enough, it is during this period that the Annals contain fifteen missing days, preceded by an intriguing entry that reads ‘one must not record that which he wishes to hide’.

Inspired by this fascinating set of events, director and co-screenwriter Choo Chang-min imagine a fantastical scenario along the lines of Mark Twain’s seminal novel ‘The Prince and the Pauper’ and Ivan Reitman’s political satire ‘Dave’ where a look-alike commoner swaps places with the King and thereby institutes badly needed ground-up reforms. The excuse for such a body swap? The threat of assassination, which in the opening minutes is shown leaving King Gwanghae spooked and doubting the trust of even those closest to him – the Queen and her brother Yoo Jong-ho.

Under his orders, his loyal Chief Secretary Heo Gyun (Ryoo Seung-yong) finds a doppelganger in Ha-seon, a jester at a courtesan’s place who impersonates the King for popular amusement. Barely after his audition, Ha-seon is thrust onto the throne when the King is poisoned and falls unconscious, leading the Chief Secretary to activate the former so that the country does not descend into chaos. What ensues is an enthralling mix of comedy and drama done with a lot of heart, all three elements combining to render this one of the very best Korean films we have seen in a long while.

Indeed, the experience that Chang-min invites his audience to partake is similar to Ha-seon’s own transformation. Not used to the life of royalty, Ha-seon initially struggles with its customary practices – most notably the lack of privacy – and like the awkward adjustments he has to make, the first half of the film goes for a light-hearted tone with generous but genuine laughs.  A particular laugh-out-loud sequence has him failing to understand the inordinate amount of attention paid to the daily movement of his bowels, but most of the humour is more subtle but no less amusing – especially a running gag where his regular closed-door meetings with the Chief Secretary are interrupted by the need to perform an abrupt switch of positions when his night snack is delivered.

Even in these early moments, it is clear that Ha-seon has more empathy than the real King ever had. This is portrayed in both the smaller moments – after learning that his leftovers go towards feeding the Royal servants, Ha-seon specially eats only a basic bowl of bean gruel to leave the rest of the dishes to those who prepared it – as well as a more fully fleshed arc that sees him try to restore the rightful presence of the Queen (Han Hyo-joo) in relation to the throne. It is also a perfect precursor for Ha-seon’s subsequent transformation, as he grows increasingly unwilling to be just a puppet for the Chief Secretary.

Instead, Ha-seon begins to rule by common sense, putting in place badly needed reforms so swiftly that they stun the rest of his political circle. More importantly, he ends up antagonising the very traitors who had masterminded the King’s poisoning, setting the stage for a gripping showdown where not just his identity but his very life is on the line. And yet even in the face of clear and present danger, Ha-seon shows unexpected mettle, choosing instead to stand firm for his beliefs and decisions rather than scuttle away to safety, earning the admiration of the Chief Secretary and the Chief Eunuch (Jang Gwang) who realise that Ha-seon was an even better ruler of the people than the King himself.

Though Chang-min provides a steady directorial hand to the compelling tale, what truly knocks it out of the park is Lee Byung Hun’s bravura acting, holding the screen with poise and charisma. As King Gwanghae, he is arrogant, petulant and utterly contemptible; but as Ha-seon, he is lively and charming at the beginning and affectionate and empathetic later on. One of the best – and most touching – scenes in the whole film has Ha-seon agreeing out of resignation to his advisers’ proposal for 20,000 men to be essentially sent to their death to help the Ming dynasty and then retracting it with a most forceful proclamation of his duties as a King of the people; that very sequence a perfect illustration of Byung Hun’s regal performance.

Outstanding in their own right too are the various supporting acts, including Seung-yong’s righteous Chief Secretary who eventually finds himself caught between a rock and a hard place and Jang Gwang’s Chief Eunuch who begins to have a change of heart about the masquerade when he sees the goodness in Ha-seon’s rule. Worthy of mention as well is rising teen star Shim Eun-kyung as one of the Royal servants to whom Ha-seon develops a personal connection with when he vows to right the injustice to her poor family by reuniting her with her mother and sister taken as slaves. Rare is the film that is wonderfully acted by every single cast, and one supposes that this is testament to the power of Byung Hun’s own leading anchor.

The top-notch quality of the production is also evident in the sumptuous sets and lavish costumes, which add class and pomp to a wonderfully acted, cleverly scripted and confidently directed film. All the jokes and intrigue isn’t just for entertainment; indeed, its message of justice, benevolence and fairness is as true to the rule of governance today as it is four hundred years ago. That relevance gives it real heft, and whether you are a fan of period dramas, we urge you to see what we think is one of the finest Korean movies we have seen, brilliant and beautiful in its humour, poignancy and most of all, heart.

(Buoyed by Lee Byung Hun’s finest performance to date, this period drama that is one of the best Korean movies in a long while is engaging, entertaining, poignant and surprisingly inspirational) 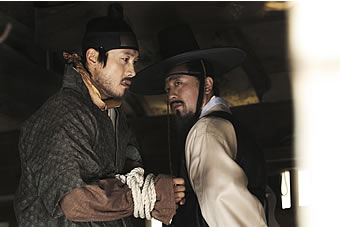 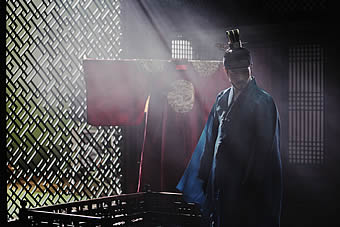 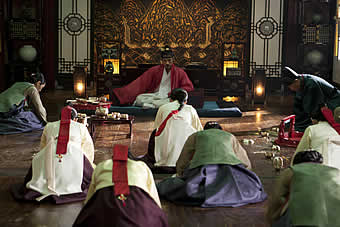 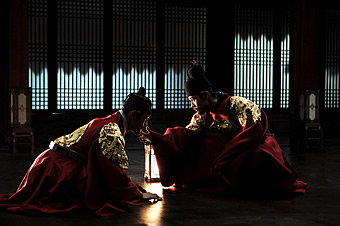 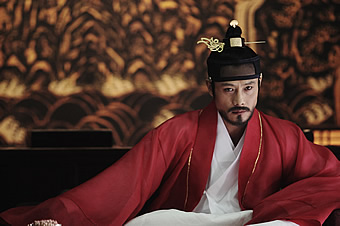