Synopsis: Some may dream of, some may be afraid of, some may look forward to, and some may want to avoid THE NIGHT BEFORE MARRIAGE! 4 different couples disclose 4 different stories all about marriage.

At first glance, you may think that Marriage Blue could be very much end up an Asian version of Four Christmases (2008). It is also about four different couples/families, having all sorts of conflict and clashes, and eventually resolving all of them, leading to a happy ending. However, Marriage Blue is original and worked its own magic, not living under the shadow of any other movie.

There were four different couples presented in the movie, mainly a wedding planner and a young punk, a flower shop owner and a foreign talent, a professional baseball player and a doctor, and a manicurist and a young chef. Each couple had their own set of problems, of which most couples could possibly relate to. The difficulties and challenges in their relationships as they work towards marriage were all brought out cleverly and in a light-hearted manner. Problems such as holding on to the relationship just because they have grown reliant on each other, having difficulty conveying and communicating because of what appears to be difference in values, keeping secrets from the yester years, problems with the in-laws, etc.

This movie has intertwined these factors into the whole narrative effortlessly. Considering the number of characters that need to be managed in the movie, it’s impressive that there was a nice dimension to each one. They had distinct personalities and ample character development. It was a great balance of screen time, not having one or another stealing each other’s limelight. The transition between the different stories behind each couple was also smooth and connected.

The cast was an interesting ensemble of actors and actresses. One of the most familiar faces in the lot is probably Taecyeon, a member of Korean boy band 2PM, who played the role of the talented young chef. If you went in to the cinema thinking of getting fan services, you’d probably end up fairly disappointed. Ma Dong-Seok, the flower shop owner, is possibly the eldest, but does not lose out in terms of charm. A scene where he made his last bet to salvage his relationship was especially impressionable, with him speaking with much love in a foreign language. It was also a pleasant surprise to see Ju Ji-Hoon, who used to make girls swoon when he starred in Goong the hit Korean TV series in 2006.

Overall, Marriage Blue is a sincere rom-com / drama that brings out the realities of most romantic relationships. Although it was light-hearted for the most, it did not make light of the problems and challenges in relationships. In fact, it has painted a well-balanced and wholesome picture.

(Marriage Blue is of both laughter and tears) 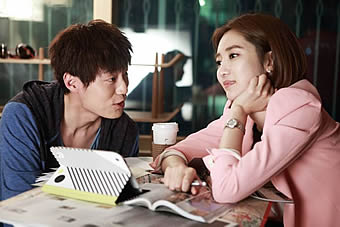 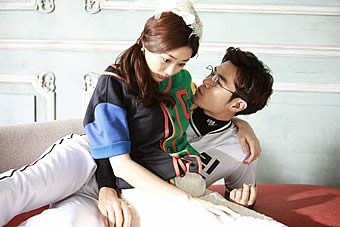 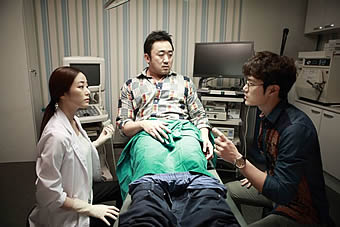