Synopsis: Maps to the Stars connects the savage beauty of writer Bruce Wagner’s Los Angeles with the riveting filmmaking of director David Cronenberg and a stellar ensemble cast to take a tour into the darkly comic heart of a Hollywood family chasing celebrity, one another and the relentless ghosts of their pasts. The result is a modern Hollywood Gothic at once about the ravenous 21st Century need for fame and validation -- and the yearning, loss and fragility that lurk in the shadows underneath.

Here we are, idolising celebrities, thinking that their lives are the best anyone can ask for. Those fascinating film and TV roles, those gorgeous outfits they wear to red carpet events, those beautiful pictures they take at movie premieres – what more can one ask for? But yup, this comes at a price. And we live in an age where we enjoy seeing how people have it bad (what is this world coming to, really?), which is why Canadian filmmaker David Cronenberg’s latest offering is one fun, if not horrific glimpse at what goes on behind Tinseltown’s glitz and glamour.

Agatha (Mia Wasikowska), a young girl wearing burn scars on her face, turns up in Hollywoodto follow her dreams. There, she meets wannabe actor limo driver Jerome (Robert Pattinson), who poses the opportunity for her to develop a romantic connection in the big city. But wait, our heroine has to heed her calling first (through a surprising cameo from Carrie “Princess Leia” Fisher, no less, and that would be Havana Segrand (Julianne Moore), a once famous yet small minded actress who happens to be looking to hire a personal assistant. Meanwhile, a lot else is happening: there is a troubled family where the parents (John Cusack and Olivia Williams) are hiding a dark secret from their child star son Benjie Weiss (Evan Bird); there are odd visitations from ghosts in the night, and there is also talk that that an insane family member has returned for some mean terrorising and haunting.

Cronenberg’s long been fascinated with forms of horror, be it body or psychological. His notable works include 1983’s Videodrome, 1986’s The Fly; and the recent A History of Violence (2005) and Eastern Promises (2007). So it’s not a surprise that he is exploring the pool of dysfunction and disgust - Hollywood actors. This is a 111 minute movie that despises the Dream Factory and the sycophancy, bile, sexual degeneracy and hypocrisy that powers the looms. To put it simply, the dream becomes a nightmare. The film places elements of ghost story, black comedy and Hollywood satire in a screwball framework. Links between the characters are revealed gradually.

Writer Bruce Wagner’s script is scathingly brilliant: Twitter as a networking tool, Scientology as a career move, rehabilitation for drug addicted child stars, fans who pay through to see their favourite A list stars. These ideas are either reality already or within sniffing distance in this world we know.

The cast delivers wonderful performances. Moore (can someone give her an Oscar already?), allegedly abused by her dead mother but now anxious to play her part in the remake of her most famous movie, may be heart breaking but the moment she does that unforgettable jig when the young son of her actress rival drowns, you know this character is one pathetic soul. The poisonous glee in Moore’s acting won her the Best Actress at Cannesearlier this year.

Then we have Wasikowska, an abandoned daughter of a dysfunctional family. She is broken and schizophrenic; but her performance is the closest thing to sympathy the movie has on offer. Throw in Pattinson’s can’t care less attitude as a limo driver who has ulterior motives, Bird’s irritating spoilt brat, Cusack and Williams’ unapologetic turns as his parents, and you’ll get a film that shows you the disarrayed chaos that unfortunately is the reality in showbiz.

(Boosted by wonderful performances from its cast, this highly recommended film shed light on the mess behind the glitz and glamour of Hollywood) 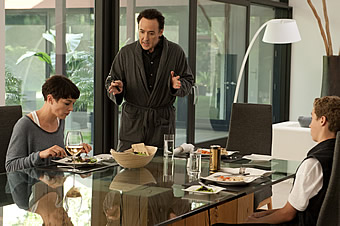 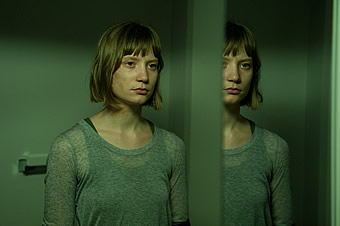 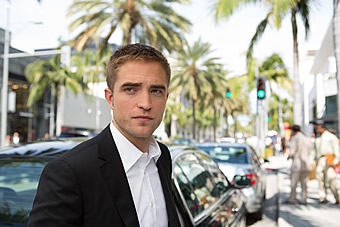 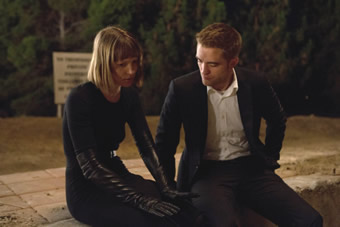 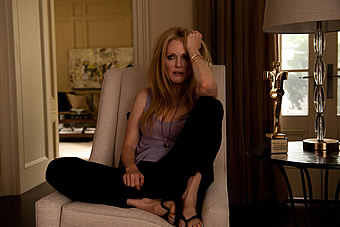