Synopsis: Guillermo del Toro presents "Mama," a supernatural thriller that tells the haunting tale of two little girls who disappeared into the woods the day that their parents were killed. When they are rescued years later and begin a new life, they find that someone or something still wants to come tuck them in at night. Five years ago, sisters Victoria and Lilly vanished from their suburban neighborhood without a trace. Since then, their Uncle Lucas (Nikolaj Coster-Waldau) and his girlfriend, Annabel (Jessica Chastain), have been madly searching for them. But when, incredibly, the kids are found alive in a decrepit cabin, the couple wonders if the girls are the only guests they have welcomed into their home. As Annabel tries to introduce the children to a normal life, she grows convinced of an evil presence in their house. Are the sisters experiencing traumatic stress, or is a ghost coming to visit them? How did the broken girls survive those years all alone? As she answers these disturbing questions, the new mother will find that the whispers she hears at bedtime are coming from the lips of a deadly presence.

The age old question remains: If you have seen one horror movie, does it mean you have seen them all? While we would like to give the benefit of the doubt whenever a horror flick comes along, more often than not, we end up leaving the cinema feeling that we have seen the movie somewhere before. The latest offering landed on our laps is branded with Guillermo del Toro’s name (cinephiles would associate him with the beautiful Pan’s Labyrinth). Does this bode well for the Spanish Canadian production?

Always include kiddies in your supernatural thriller. Here, two little girls vanished into the woods the day their mother was murdered. As the story would have it, they are rescued years later and are supposed to live normally like any other normal little girls. Taken care of by their uncle and his girlfriend, the two girls begin behaving strangely, and the couple begin wondering whether they have allowed something unwelcoming into their house.

Directed by first time director Andres Muschietti, the 100 minute scare fest does deliver some decent frights. You know, the type that plays with sudden loud audio effects, the type that plays with shadows and lights, and the type which leaves you giggling after an unexpected startle. The filmmakers know what works, especially with del Toro playing the producer role. The visuals creates a looming dread which doesn’t go away, and the visuals are moodily created, which puts this production a notch above most of the other mediocre scare fests we’ve seen.

Now, the story. As much as the screenplay (written by the director, Neil Cross and Barbara Muschietti based on the short film of the same name) tries to develop an arc to flesh out the plot and the characters’ personalities, it can’t escape the fact that the tale is nothing too original. Coupled with some contrived plot lines and convenient occurrences, the story only serves to distract viewers from its more decent scares.

Fortunately, the cast fares well. Megan Charpentierand Isabelle Nélisse are genuinely creepy and will send chills down your spines with their death stares. Danish actor Nikolaj Coster Waldau (TV’s Game of Thrones) does not break out of the “male protagonist who becomes helpless, leaving the female protagonist to run around alone” mould, but still gives a fine performance. Jessica Chastain (The Tree of Life, The Help), on the other hand, gives a surprisingly endearing take on the horror movie femme fatale role. Playing a close cropped brunette, she plays the American sweetheart no more, impressing us with her gung ho performance.

The film starts off on a good note, meanders through the second third and becomes almost melodramatic in the last third. The special effects team may have done a good job in creating the supernatural realm, but as the movie begins feeling like it has overstayed itself, the effects does nothing more than delivering obligatory scares. It is, fortunately, the performances of the cast which saves the movie from being another forgettable flick you watch on late night TV 10 years down the road and say: “This looks kinda familiar…”

(A decent scare fest which, although delivers good ol’ scares, does not bring anything new to the genre) 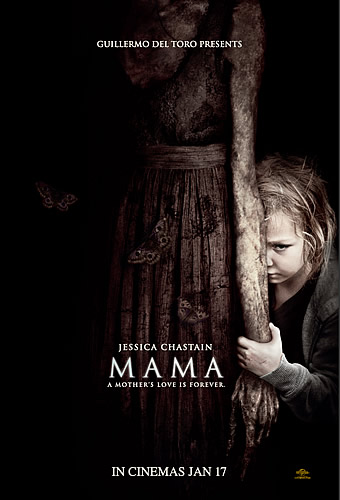 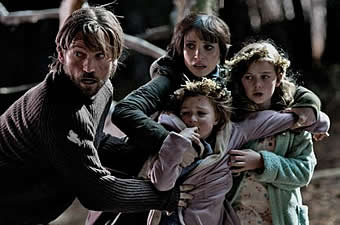 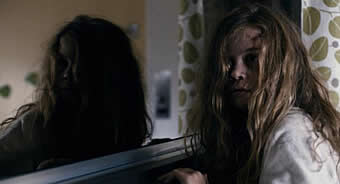 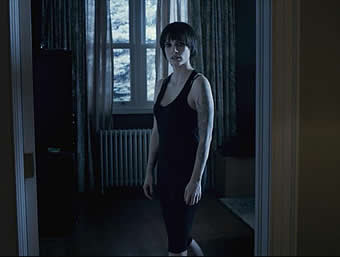 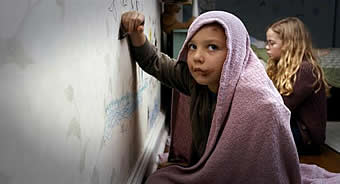 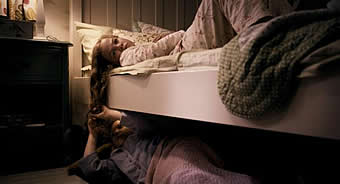 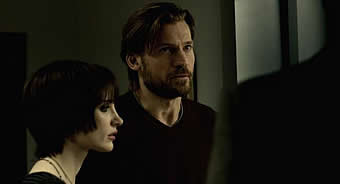