Synopsis: After having immense success with The Breakfast Quartet radio talk show on MediaCorp LOVE 97.2FM and “The Love 97.2 Breakfast Quartet” TV series, the popular quartet is now back with their very own movie! MAKE IT BIG BIG is a reality comedy that delves into the secret lives of the leading four radio-presenters, detailing how these celebrities deal with living in the public eye, meeting the daily expectations of their fans and their personal issues.

It’s just a matter of time before the success of the Breakfast Quartet on 972FM is being turned into a movie since it has already spun into a TV variety show, talk shows and a musical. To the uninitiated or someone who has never tuned to a Chinese radio program, the Breakfast Quartet (more popularly known as 玉建煌崇) comprises of comedian Mark Lee, veteran getai singer and host Marcus Chin, DJ and actor Dennis Chew and DJ Chen Biyu and they are mostly on air cracking jokes about anything under the sun from 6am to 10am on weekdays.

Although Make It Big Big tries to sell itself as a reality comedy, there’s in fact nothing reality or comedic about the entire affair. According to the production notes, the movie scribed by prolific scriptwriter and director Boris Boo (Greedy Ghost, Lucky Boy) attempts to delve into how celebrities deal with living in the public eye and personal issues etc but that doesn’t come out quite legitimate as well.

For a start, Mark Lee is falsely accused of slapping a child actress when a video of it is being maliciously spread online. With his reputation at stake and his production company in financial limbo, Lee has to find a way to resolve this thorny problem before it gets worse. Marcus Chin known for his affair with his much younger assistance years ago has to juggle multiple jobs to pay for his alimony and daughter’s expenses. When Lee offers him a sizeable commission, Chin must try to get the help of his old friend to fund Lee’s latest movie.

Dennis Chew known for his infectious laughter and happy-go-lucky character is suffering from work stress and depression after listeners complained about his less than funny lame jokes. He quickly assumed his popularity is declining and with a receding hairline, he is on the verge of a nervous breakdown. Chen Biyu on the other hand spends her free time obsessing in a fictional Indian star and Hong Kong Heavenly King Andy Lau until one day, her Manager offers her once-a-lifetime opportunity to interview Lau.

Just one glance and you know who got the meat of the plot. Naturally, it’s none other than Mark Lee, the leading man and director of this movie. With the help of Boo, Lee making his sophomore directorial effort paint himself as a man who struggles to be a good father, husband and a man of many trades just not so smart when it comes to social media and SGSecure app and such. Since his very own King Kong Media produced Make It Big Big, he has no problem getting HK comedian Chapman To in for a FOC cameo. For the most part however, it’s Marcus Chin who entertains with his glib tongue and his portion which is filled with equal sadness and laughter easily steals the limelight from Lee.

Because it’s a 102 minutes movie with lots of other familiar faces being crammed in (Jack Neo and Henry Thia in an unofficial Money No Enough reunion, the blink-and-miss Zoe Tay and celebrity couple Christopher Lee and Fann Wong and Chow Chor Meng subtly plugging his 888 Mookata), Dennis Chew and Chen Biyu are largely being side-lined in the end even though the former is given an interesting dark story arc that somehow mysteriously resolved by itself before the credits roll. Biyu dubbed “the host with the nightingale vocals” has not much else to do in the entire movie except pulling off a Bollywood dance segment in the beginning.

Seriously, go watch and support Make It Big Big if you are a big fan or regular listener of 玉建煌崇. There are enough jokes, gags and a catchy theme song to make your time worthwhile. For those non-fans or those who get irritated by product endorsements on the big screen, please stay away from this local flick this weekend.

(Made by the star himself, it’s a movie tailor-made for fans of 玉建煌崇) 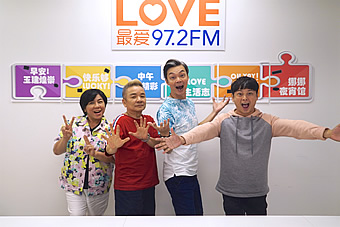 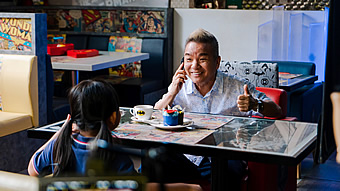 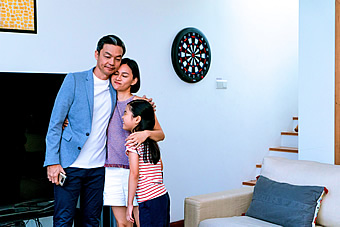 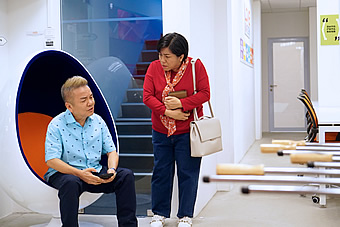 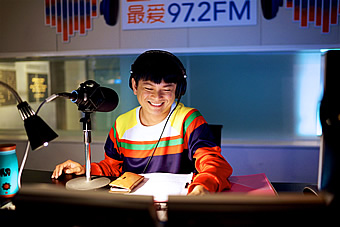 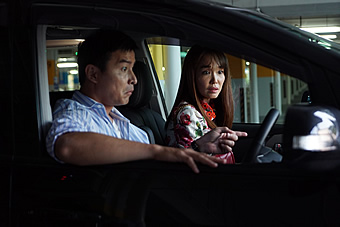