Synopsis: Francois, a young French-Chinese photographer, hasn’t set foot in Paris’ Chinatown or even talked to his father Meng since their violent dispute 10 years ago. He’s turned the page. He avoids all questions about his origins, and even pretends he was adopted... until the day he learns he is going to be a father! He realizes he has to get back in touch with his roots and come to terms with his past. Pushed by his wife Sophie, he finally decides to go see his dad and tell him the good news. It’s time to go back to Chinatown! His quest to reconnect with his roots is going to be tougher than he thought!

Asians (in particular, the Chinese) have been getting quite a bit of spotlight in mainstream cinema recently, thanks to hits like Crazy Rich Asians (2018) and The Farewell (2019). Are our lifestyles as flamboyant as Henry Golding’s Nick Young, or as theatrical as Awkwafina’s Billi Wang? For most of us, it is a low key affair, with mini episodes of drama enough to last a lifetime.

In this comedy drama directed by Julien Abraham, what strikes us is how relatable the protagonist is. What he experiences throughout the 88 minute movie are life events that most of us have gone (or are going) through. They are not exactly spectacular events, but they are enough to last us a lifetime. The only difference is how the story takes place in France, a country which some of us may deem foreign.

The central character is François (played by a very likeable Frédéric Chau), a France-born Chinese man who has a soured relationship with his immigrant father. François is about to become a father, and he decides to come to terms with his heritage. What better way to do this than to visit his father at his home in Paris’s biggest Chinatown. What follows is a series of awkward events which may be funny to watch, but you will not want to go through.

The jokes which take a dig at stereotypes (Chinese speak strangely accented French and enjoy eating dog meat) are chuckle worthy, and remind us that we still live in a world where caricatures exist. Whether they cause divides or bond people is worth discussing, but seeing the characters in the film embrace differences is heartening. While we may not be familiar with the culture setting in France, it brings about questions of how Chinese live in harmony with the French, and how immigrants and their off springs are part of the ecosystem.

When viewed as a piece of entertainment, this film provides just the right amount of laughs. François’s friend Bruno (Medi Sadoun) is the main source of comic relief. Other supporting characters played by Asians are welcoming as well – scenes featuring familiar Chinese tunes and sights like a dragon dance parade will make you smile. The non Asian characters are less developed, but that’s alright because the focus is, after all, the Chinese.

Chau, who was involved in the conceptualisation of the story, lends authenticity to a believable character. If you are a thirty something male who is forming a family and is concurrently trying to connect with the rest of your extended family, this is a story that will speak to you. When the film ends on a happy note (the scene at the photo studio is especially endearing), you know that there will be challenges in the years ahead. Yet, with the right attitude and your loved ones’ support, you know things will be alright. And we think that’s what François is feeling before the credits start rolling.

Read our interview with Frédéric Chau 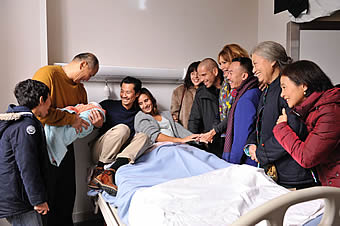 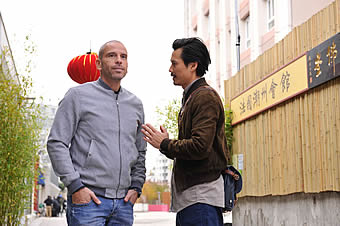 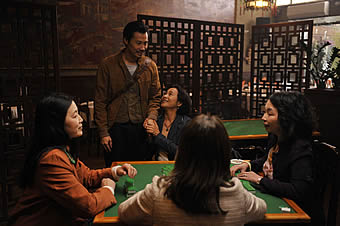 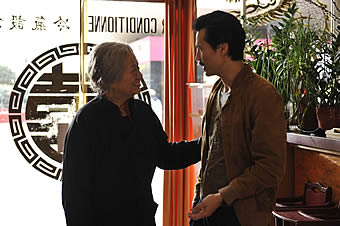 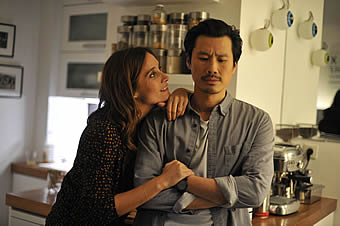 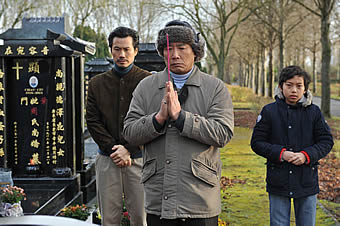