Synopsis: From La Femme Nikita and The Professional to The Fifth Element, writer/director Luc Besson has created some of the toughest, most memorable female action heroes in cinematic history. Now, Besson directs Scarlett Johansson in Lucy, an action-thriller that tracks a woman accidentally caught in a dark deal who turns the tables on her captors and transforms into a merciless warrior evolved beyond human logic.

The concept of this film is simple; it’s based on the myth that the average human being uses 10% of their brain capacity. Luc Besson then puts forth the question – what happens when we operate at 100%?

The movie begins at an exhilarating pace; we are immediately brought into a world of chaos and Lucy (Scarlett Johansson) struggling to keep calm in the face of death. We are introduced to Mr. Jang (Choi Min-sik), a Korean drug lord who is instantly unlikable. He taunts Lucy into opening the mysterious briefcase that she’s handcuffed to, and just when it seems like she might escape danger, she’s knocked out. Lucy is then tasked to deliver a new synthetic drug in the market – CPH4, and discovers that the mob has surgically embedded the drug in her abdomen. Yikes! We are swiftly introduced to Professor Norman (Morgan Freeman) who presents his research on the human brain. This is all juxtaposed with fast cuts of larger than life predator-prey animal imagery; an undeniable Besson stamp on the film.

After a series of unfortunate events, Lucy accidentally consumes the bag of CPH4. This particular scene was senseless and brilliant at the same time. The image of Scarlet Johansson going into the most absurd episode of seizures while defying gravity remains burned in your brain even after the film ends. The bulk of the film features Lucy’s transition to an invincible superhuman with the gradual ability to manipulate her human abilities as well as her surroundings. Johansson’s “Black Widow” training comes in handy and she convinces us that she can play any role – from dimwitted blonde to mutant bombshell.

With Lucy’s newfound abilities, she doesn’t immediately attempt to solve all the problems on Earth. She realizes she is on a time crunch. Yes, apparently all the power in the world can’t last for more than a day. Lucy chooses to go on a noble mission to transfer all her knowledge to Professor Norman, and kick some Korean mobster butt while at it. This is just one of numerous examples why this movie’s plot is so infuriating. With the ability to manipulate matter and read minds, Lucy would have been able to transfer her knowledge and destroy the mob without taking so much time, and causing that much damage to her surroundings. In a fight sequence between the Parisian officials, Lucy, and the Korean mobsters, the Koreans found time to bring in a bazooka. In the middle of all this chaos, the movie manages to even squeeze in a random kiss between Lucy and her sidekick Pierre Del Rio (Amr Waked), a Parisian police officer who decides to help her.

Johansson is the most memorable and charming part of the film. She does an outstanding job going from full of life to complete robot in 90 minutes, and carries the ridiculous plot on her shoulders. She delivers a consistent performance throughout the movie and manages to gracefully navigate the emotional complexities of 100% brain function. We are almost able to empathize with what she is going through, even though we have no idea what she’s feeling and how it’s possible.  Johansson and Freeman tag-team as narrators of the film, with Johansson exploring the meaning of life and Freeman presenting the science of it all. Professor Norman feels like a last minute addition to the film, to make up for the serious lack of scientific credibility and logic in the film. It’s a shame for Freeman, as his talents are limited to the dull job of narration, which leaves us little to say about his acting prowess in this film. Johansson on the other hand is given the difficult task of probing the audience to think about what human existence means.

Credit should be given to Besson for trying to explore so many big ideas in one film. Besson’s artistic direction was incredibly intelligent. His ideas are so excessive that it borders on superb entertainment. Never thought about what it would be like to “vomit” energy and light at 70% brain capacity? Lucy delivers that. He leaves the best for last, laying out the most stupendous psychedelic imagery and taking us through time travel in the most extravagant yet unpretentious manner.

The movie ends with the philosophical question on existentialism, and Lucy makes her exit with the line – I AM EVERYWHERE. We are left to wonder if Lucy transcends time and space to become omnipotent, whether she has become God, or something beyond God. Besson struggles to find a middle ground between philosophy, science and entertainment and as a result, Lucy falls a little flat on depth.

With a totally outlandish storyline, the audience is left to grapple with the irrationalities of the film. Instead of distracting yourself with trying to account for the lack of logic in the film, try to enjoy the movie for what it really is – Luc Besson’s entertaining commentary on existentialism and human life. 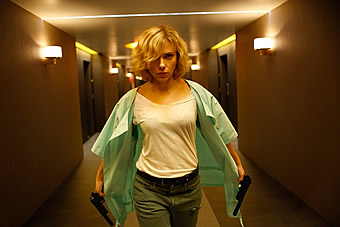 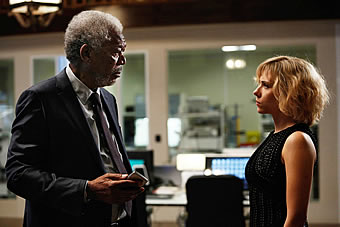 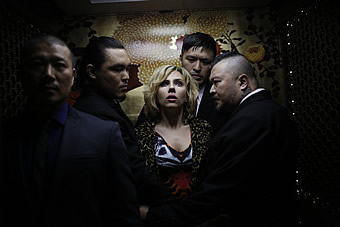 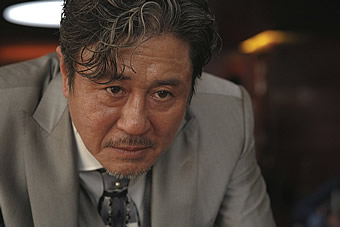