Synopsis: "Looper" is a time travel movie, set in a near future where time travel doesn't exist but will be invented in a few decades. It's pretty dark in tone, much different from Bloom, and involves a group of killers (called Loopers) who work for a crime syndicate in the future. Their bosses send their targets hogtied and blindfolded back in time to the Loopers, and their job is to simply shoot them in the head and dispose of the body. So the target vanishes from the future and the Loopers dispose of a corpse that doesn't technically exist, a very clean system. Complications set in from there.

If you’re ever going to enjoy a science-fiction movie about time travel, then you have to accept that there will be some narrative, logical or physical problem about travelling backward in the space-time continuum that you will probably never be able to wrap your head around. In fact, you’ll been duly warned in the film as well – “I don't want to talk about time-travel shit,” Bruce Willis tells Joseph Gordon-Levitt. “Because if we start, we're going to be here all day, making diagrams with straws.”

So instead of getting caught up in his own conundrum, writer/ director Rian Johnson is wise enough to leave the physics and the philosophy of it out of the movie. Instead, he takes your mind in a different direction, pondering on equally thought-provoking issues such as cause-and-effect and nature-versus-nurture. Intrigued yet? We guarantee you that you will be by the end of Johnson’s thrilling and cerebral mind-bender, certainly one of the most original films we have seen this year.

You’ll do yourself a favour if you familiarise yourself with ‘Looper’s’ premise before you enter the cinema – that is, in a future where time travel is outlawed, the technology becomes exploited by big-time organised criminals who send their targets 30 years back into the past to be killed by guns-for-hire. These paid killers are known as ‘loopers’, who wait at a specific place for the exact moment when their target materialises in front of them, and who collect payment in the form of silver ingots taped to their target’s back.

Why their (pardon the pun) loopy name? Because at some point, these assassins will end up unknowingly shooting the future version of themselves, an act nicely called ‘closing the loop’. For that, they get a big payoff in gold ingots and get to enjoy the rest of your life that they have rationed themselves to. Before our main protagonist Joe does likewise, we see what happens when a looper essentially ‘lets his loop run’ – and suffice to say that it does not end well for his fellow looper and best friend Seth (Paul Dano).

But Seth points out a troubling new development – them from the future are suddenly ‘closing all the loops’, and it isn’t long before Joe recognises his future self kneeling on a tarp spread out on an open patch of field surrounded by agriculture. The older Joe is however not tied up and not hooded, and manages to escape before the younger Joe can close their common loop. All this, we might add, takes place in the first act of the film, which does the necessary in setting up the seedy dystopian universe of 2044 but little more.

Instead, the movie really finds its footing in the more measured second act, where the younger and older Joe are forced to confront their divergent interests. Young Joe is determined to kill his older self in order to make good with his none-too-forgiving boss Abe (Jeff Daniels); while the older Joe is set on killing The Rainmaker, the criminal overlord responsible for the ‘looping’ profession and also behind the eventual killing of their wife, who would no doubt just be a young kid in 2044. The latter wants to convince the former how he is ultimately doing a favour for him, but without the benefit of hindsight, the former cannot grasp why that is key to his salvation in his later years.

Their mutual confrontation in a diner is one of the best scenes of the movie, and also one of the few that Levitt and Willis get to share the screen together. In order not to give everything away, we’d just say that it is as wonderfully weird as how you would imagine your younger self being lectured by your older self. One shootout later, and Young Joe hides out at one of three potential targets earmarked by his older self – a isolated farmhouse where single mom Sara (Emily Blunt) is raising her only son Cid (Pierce Gagnon).

Here, Johnson builds on the relationship between Joe and Sara, as well as that between Joe and Cid – Joe sees in Cid a picture of his reticent childhood self, while finding companionship and even intimacy in another lonely soul Sara. There is of course deeper significance in this, and the arrival of the older Joe ignites a firecracker twist of an ending that will leave you breathless. Much as we’d love to have a philosophical discussion about the fascinating ending, we’d prefer you experience it as we did – totally unexpected and absolutely blown away (but if you want a hint, think about what we mentioned earlier about cause and effect).

It is a climax packed with pulse and poignancy, and confirms that the movie isn’t just trying to be smart – it really is. It also proves that Johnson’s mettle as a filmmaker, unafraid to go to disquieting lengths even to challenge his viewer with a provocative conclusion that you’d definitely be talking about long after the lights in the cinema come on. Being only Johnson’s third feature after ‘Brick’ and ‘The Brothers Bloom’, it is even more impressive, raising immediate comparisons with Christopher Nolan – and it will be interesting to see what he is capable of doing with a much bigger budget.

But ‘Looper’ would not be possible without the committed performances of the cast. Much has been said about how Levitt’s face had been altered via prosthetic makeup to look like the younger version of Willis, but those cosmetic changes do nothing to lose his subtly nuanced portrayal of a hitman forced to call the values and principles he knows into question. In what is more of a supporting role, Willis does what he does best projecting both tough and tender. The scene stealer here is Gagnon, whose portrayal of the unusually gifted Sid will take your breath away.

Their strong acting complements Johnson’s assured direction, which to his credit makes the potentially convoluted plot surprisingly easy to follow. The best sci-fi thrillers have always been as exhilarating as they are inspiring, and ‘Looper’ fits both adjectives beautifully. It is a fascinating mind-bender, intertwining exciting action with touching gravity through themes of regret and redemption, solitude and sacrifice, love and loss. This is one loop you will want to relive, again and again. 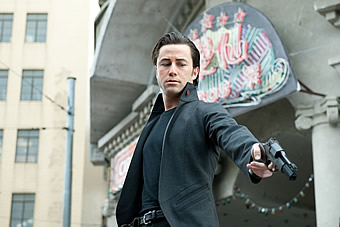 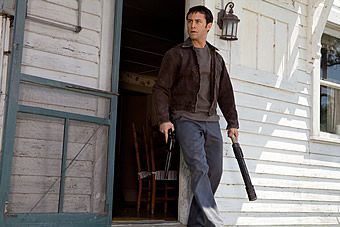 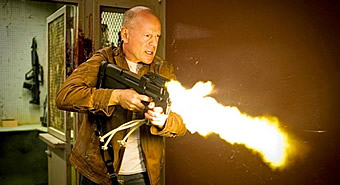 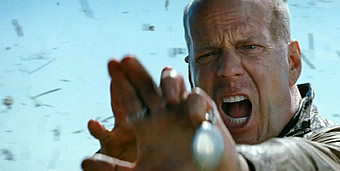 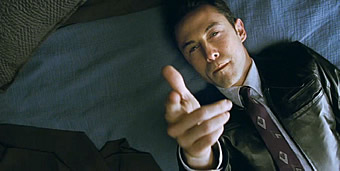