Synopsis: Licorice Pizza is the story of Alana Kane and Gary Valentine growing up, running around and falling in love in the San Fernando Valley, 1973. Written and directed by Paul Thomas Anderson (Boogie Nights, Magnolia, Phantom Thread), Licorice Pizza tracks the treacherous navigation of first love. Raised in the San Fernando Valley, Alana Kane (played by Alana Haim) and Gary Valentine (Cooper Hoffman) have never met before picture-taking day at Gary’s high school. Alana is no longer a student but is a young woman seeking to find and define herself beyond her uninspiring job as a photographer’s aide. Gary has already established himself as a working actor — and is quick to tell Alana this in an attempt to impress her. She is amused and intrigued by his preternatural confidence and they strike up a heartfelt, if awkward, rapport. Seeking to strengthen this connection with Alana, Gary wangles an opportunity for her to be his chaperone during a New York television appearance; on impulse, she agrees. The TV appearance does not go exactly as planned and once back in California, each of them questions their future. Over time and as their friendship grows Gary pursues career opportunities outside of acting, and becomes a budding entrepreneur selling waterbeds and opening a pinball arcade; and Alana gives serious consideration to her future (including a foray into acting). On their own or side by side, both Gary and Alana experience a series of epiphanies that are both uproarious and bittersweet: close encounters with a famous actor (portrayed by Sean Penn), a Hollywood producer (Bradley Cooper), and a local politician (Benny Safdie). Both self-aware and at loose ends, Alana and Gary blaze through a time and place that carry for them the thrill of first love, entering adulthood, and the discovery of newfound potential — perhaps, most of all, in each other.

Set in 1973, we meet 15 year old Gary Valentine (what a name!), a confident young actor who thinks that he is ready to take over the world. He notices Alana Kane, a photographer’s assistant 10 years older than him. He tries to impress her with his sweet talk, and after a series of incidents, the two become part of each others’ lives. The duo embarks on a waterbed business, crosses paths with Hollywoodactors and producers, before becoming involved in politics through a mayoral campaign. Based on real life characters and events, this 133 minute film never feels sluggish, and more importantly, exploitatively nostalgic.

Written by Anderson, the story is inspired by people he knows personally. Coupled with his talent for writing, the result is an authentic film that sees the world from two teenagers’ perspectives. While viewers in our region may not be very familiar with the setting depicted, there is a sense that this movie is truly a result of Anderson’s love for the era.

Gary Valentine and Alana Kane are played by Cooper Hoffman (son of the late Philip Seymour Hoffman) and Alana Haim (pianist, guitarist and vocalist of American pop rock band Haim), and the two first time actors exude magic on screen. Besides delivering impressive individual performances which capture their characters’ personalities, they have an unconventional chemistry whenever they share the screen. The two young actors may not be your typical good lookers, but they have an undeniable energy which is relatable to anyone who has been a teenager.

When someone like Andersonasks whether you want to take on a small role in his film, you say yes. This film features a remarkable ensemble cast: Bradley Cooper steals the limelight as Jon Peters (whose four marriages include a high profile one to Barbra Streisand), Sean Penn is mysteriously mesmerising as Jack Holden (based on 1950s popular actor William Holden), Tom Waits is a hoot as Rex Blau (based on veteran film director and producer Mark Robson), Benny Safdie as Joel Wachs (the American politician was known for promoting the arts and supporting gay causes) and Christine Ebersole as Lucy Doolittle (based on Lucille Ball, whom we adore in the sitcom “I Love Lucy”).

The film also features a soundtrack that you’ll want to put on loop. There are tracks from artists like Nina Simone, Bing Crosby, The Doors and David Bowie. The songs are aptly used throughout the film and they play out like how you’d want your life to have accompanying tunes. The score is composed by Radiohead’s Jonny Greenwood, and the main theme is melancholically beautiful, which feels exactly like our first love.

Anderson’s past few films have ranged from being exquisitely dramatic (Phantom Thread) and frustratingly humorous (Inherent Vice) to grippingly intense (The Master) and humanely commanding (There Will Be Blood). His latest work brings us back to the older days where we were emotionally engaged in the ensemble piece Magnolia (1999), and the oddly affectionate Punch Drunk Love (2002). It’s easily one of our favourites for the year.

(Paul Thomas Anderson's most personable film to date is a love letter to the 1970s he knew, and we are in love with it as well) 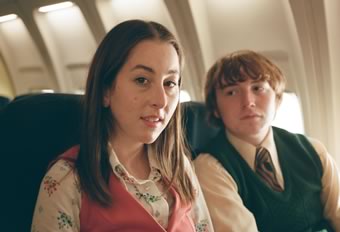 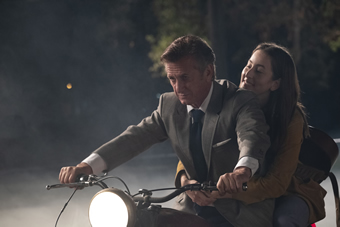 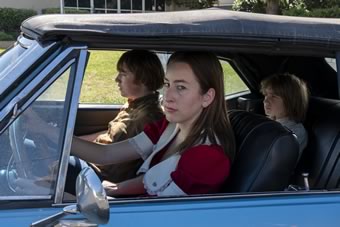