Synopsis: Left Behind is an apocalyptic Action-Thriller movie starring Nicolas Cage based on the New York Times bestselling novel that brings biblical prophecy to life in modern times. The most important event in the history of mankind is happening right now. In the blink of an eye, the biblical Rapture strikes the world. Millions of people disappear without a trace. All that remains are their clothes and belongings, and in an instant, terror and chaos spread around the world. The vanishings cause unmanned vehicles to crash and burn. Planes fall from the sky. Emergency forces everywhere are devastated. Gridlock, riots and looting overrun the cities. There is no one to help or provide answers. In a moment, the entire planet is plunged into darkness.

Instead of letting his wife convulse in skimpy outfits onstage to convince people into embracing Christianity, the pastor in question could have used the funds to make a movie on hindsight like what Stoney Lake Entertainment has done here.

For the uninitiated, Stoney Lake Entertainment is set up to produce faith-inspired films for the masses and their intention is to create a franchise for Left Behind which in turn is based on a series of popular books by Jerry B. Jenkins and Tim LaHaye. This is not the first time Left Behind is being made into a movie however, in actual fact it was originally done in the year 2000 and followed by two other sequels.

Lake’s CEO Paul Lalonde co-wrote this remake that involved the biblical Rapture where faithful believers are taken up to heaven before the apocalyptic end of days. The narrative begins with the Steele family at the JFK airport. Father Ray Steele (Nicolas Cage) is an airline pilot who is struggling to keep both his marriage and children together while beginning an affair with a sultry air stewardess. His daughter Chloe (Cassi Thomson) is upset by his father’s absence and she also has problems understanding issues of God especially with her religiously inclined mother.

Within seconds of the opening credits, we are treated to a shot of a book called “Acts of God” and seconds later, a woman begins rambling about the end of the world to a supposedly famous TV reporter, Buck Williams (Chad Michael Murray). There isn’t much subtlety to talk about and the frequent hackneyed writing and wooden performances worsen the viewing experience further.

The touted Rapture happens about an hour later. On the flight where Ray is piloting to London, dozens of passengers and all the children onboard just vanished, leaving behind fear and lots of head scratching. On the ground, the same strange occurrence happened. Chloe’s younger brother mysteriously vanishes at the mall leaving behind his belongings. Petty crimes, looting and robberies starts happening everywhere. It is the end of the world people, so everyone just has the urge to commit crimes. That makes a lot of sense.

Because this is a character driven drama with good religious intentions, we are treated to more subplots and stock characters on the plane. For example, the obligatory Muslim passenger (who might be a terrorist), an annoying little man, a black woman who pulls out a gun out of nowhere, and a rich business man who suddenly develops concern for his estranged daughter; meanwhile, Chloe is playing Supergirl helping Daddy land his huge malfunctioning plane on a deserted highway. No worries though, Daddy has a helping hand as co-pilot- the handsome and attractive Chuck.

Technically, this US$16 million production is often hampered by poor visual effects, sloppy editing and laughingly, a weird 1980s look to the entire flick. The usually entertaining Nicolas Cage with his batshit crazy acting turns up pretty somber and underwhelming. Left Behind is a heavy-handed, preachy movie disguised as an apocalyptic action thriller. Even veteran stunt coordinator Vic Armstrong who helmed this project couldn’t make this any better. This movie is best left for believers while the rest might prefer to sign up for bible study for a start.

(Leave this to the believers. It’s not going to convert the rest of us) 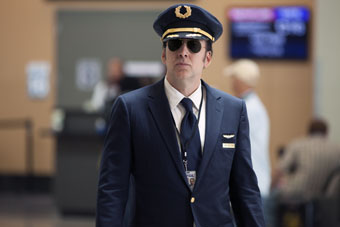 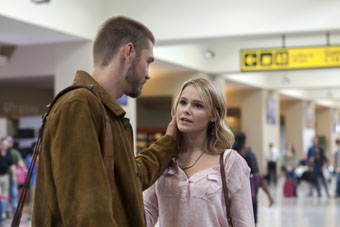 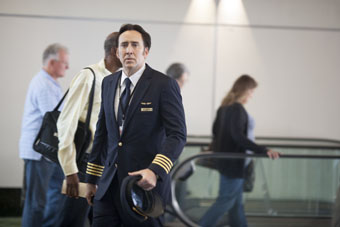 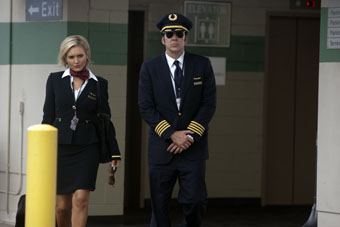 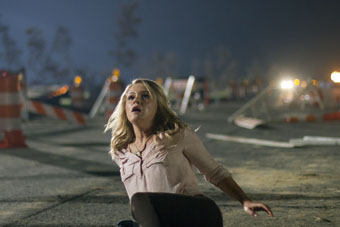 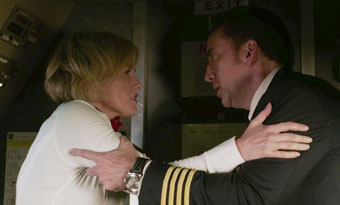