Synopsis: During the Wanli era of the Ming Dynasty, a rare creature escapes from the western gardens of the Imperial Palace. When the palace puts a hefty bounty on the escaped creature, martial arts masters from all walks of life jump in on the hunt...

Remember that old saying about cooks and broth? Kung Fu Monster is an excellent demonstration of this proverb. Rife with a cast that vies for screen time, the script trips over itself with its littering of superfluous side comments. Assembling a motley of knavish characters, the effect becomes even worse, as they throw liners that repeat themselves ad nauseum. The barrage never stops, and halfway through the film, you’ve lost the plot.

The fantasy wuxia film by Andrew Kau adheres to the rinse-and-repeat formula commonly seen in commercial chinese cinema these days. Unctuous amounts of special effects, an ensemble of dysfunctional characters, a popular personality or two, a cutesy mascot primed for intellectual property and a thin script rigged to showcase them all - in no particular order.

This one takes place in the Ming Dynasty, but it could have been in any of the others because it doesn’t have any bearing on the story. Sun Yehe (Alex Fong Chung Sun) is an ambitious eunuch who wishes to overthrow the emperor by collecting a zoo of monsters and taming them to his bidding.

When his latest pet comes in, it’s a small furry creature not unlike a gremlin. It coos and makes baby sounds, and Yehe tasks Feng Sihai (Louis Koo), his trusted wingman, to torture it to obedience with a silver whip. Sihai chooses to release the creature instead, and the betrayed Yehe puts out a reward of 30,000 taels to anyone who brings back the beast.

Under the manipulation of Leng Bingbing (Bea Hayden), a group of scampish warriors come together to rob the silver from the corrupt officials, but it turns out her plan was to rescue Sihai, her paramour. This eventually leads to a showdown when Yehe chases down the couple and brings his forces to capture them both, along with the monster.

There’s no prizes for guessing that the little imp can transform into a mega monster that saves the day, but by that point it becomes a little hard to care. Lau lost our respect halfway with his heavy-handed manipulation, by dialing up the cute to nauseating levels.

His actors suffer the same fate. Koo is an overly serious (and botoxed) Sihai. Hayden doesn’t have half the magnetism that she is trying to pull off. Even Cheney Chen and Zhou Dongyu loses credibility, as they wave their weapons but never to any effect.

But worst of all has to be Bao Beier. When he drops in on the party, they cast suspicion on his agenda and purpose. I happen to concur. His raffish ways may have meant to give the group an unorthodox way out, but he disturbs every scene with his presence, not unlike a pesky fly. Because all the assembled are of a similar nature, it flattens out the jokes. The warriors constantly shuttle between staying and fleeing, with similar approaches of cheesy empty showmanship and lascivious comments. Think Stephen Chow, without the tickle.

Okay, that white-brow gag and traitor turn was a little fun to watch, but otherwise, Kung Fu Monster is a rolling mess of insecure decisions, suffering from overcompensation in the funny department. You’re better off starting 2019 in another way.

(The film is lavish enough, with beautiful production sets and stunning setting, but the script is hacked with lame lines and characters with so little charisma, it lacks the move to win any interest) 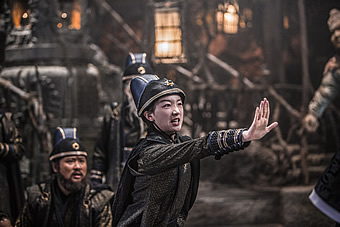 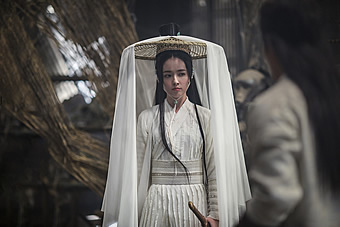 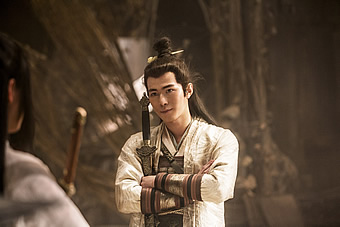