Synopsis: The movie stars Daniel Radcliffe and is about the previously untold story of murder that brought together a young Allen Ginsberg (Radcliffe), Jack Kerouac (Huston) and William Burroughs (Foster) at Columbia University in 1944, providing the spark that would lead to their Beat Revolution. This is the true story of friendship and murder that led to the birth of an entire generation.

If the phrase ‘kill your darlings’ doesn’t immediately leap at you, you’d probably want to think twice before attending this dark coming-of-age story with ‘Harry Potter’s’ Daniel Radcliffe in the role of a very different kind of boy prodigy. Indeed, this first feature by director John Krokidas takes as its subject matter the Beat generation, a group of American writers who came into prominence in the 1950s that were notorious for rejecting social norms, expressing alternative sexualities and whose works portrayed extremes in human condition and emotion.

Unless you’re a literary type, you are unlikely to have heard of the names Allen Ginsberg, Lucien Carr, William S. Burroughs and Jack Kerouac. Radcliffe plays the first of them, a youthful Ginsberg to be more precise, at a time when he was still a rapturous Columbia University freshman coming into his own. Not only was he a writer struggling to break free from the shackles of literary classicism, Ginsberg was also as an individual coming to terms with his own sexuality as a gay man amidst the homophobic inclinations of society. It was at Columbia that he meets the dangerous and charismatic Carr (Dane DeHaan), whose derring-do the Jewish kid from New Jersey is instantly smitten with.

Completing the ‘unholy Trinity’ is Burroughs (Ben Foster), a Harvard man who hails from a privileged background and has a particular fondness for pornography and drugs, as well as Kerouac (Jack Huston), a randy ex-jock who stays with a live-in girlfriend (Elizabeth Olsen) he regularly cheats on and quarrels with. Burroughs and Kerouac are but sideshows though; Krokidas and his co-scripter Austin Bunn (who is also given story credit) focus instead on Carr’s influence on the life and poetry of Ginsberg as the latter becomes inexorably drawn to the former’s seductive wit and bravado.

This is a period of both emotional and artistic growth for Ginsberg, who joined Carr, Burroughs and Kerouac in defining the radical movement called the ‘New Vision’ through a merry blend of protest, Dadaism and performance art. There is however no mistaking the other less than rational impulses associated with the creative process at work here; indeed, Ginsberg is motivated not just by the thrill of challenging conventional rules about rhyme and meter, but also by his obsession with winning Carr’s affections, which ultimately motivates him to impress Ginsberg with his literary works.

But to those familiar with these Beat generation artists, the more interesting story arc here lies with Carr’s relationship with an older man named David Kammerer (Michael C. Hall). Krokidas teases his audience by keeping the exact nature of their relationship deliberately vague until late into the movie; all we do know during the first half is that the two go way back to when Carr was in Chicago, and Ginsberg sees Kammerer as his romantic rival despite the latter warning him about getting too close to Carr.

History will reveal that Carr had in fact fatally stabbed Kammerer in 1944 and turned himself in for the crime, although he had alleged his act was in self-defense to provocation by a known homosexual. While the truth may forever be lost, Krokidas offers a different perspective from Ginsberg’s point of view, i.e. that Kammerer was no more than a victim of Carr’s emotional and psychological manipulation and whose murder was really much more premeditated than Carr had for many years portrayed it to be. Suffice to say that the film’s sympathies aren’t with Carr, who had in real-life broken from the group after the murder and demanded that Ginsberg remove his name from the latter’s maiden publication ‘Howl and Other Poems’ which he had dedicated to Carr.

That we feel so strongly against Carr is testament to DeHaan’s mesmering performance, whose smoldering charm you’re unlikely to be immune to. DeHaan and Radcliffe share genuine chemistry, with Radcliffe complementing his co-star’s febrile presence by a sensitive and nuanced portrayal of Ginsberg’s journey of sexual and artistic discovery. At some points, one gets the feeling that Radcliffe is trying too hard to shake off his ‘Harry Potter’ image, but you can hardly fault the earnestness and commitment by which he throws himself into the role.

It’s not difficult to see then why this picture was so titled; like the titular advice given to writers about editing out the parts that you love most, the question about indulgence and inspiration is similarly posed to the viewer as we watch these characters go about their formative years before eventually transforming into the artists that we know them as. Yet, there is an esoteric quality to the entire movie which is simultaneously alluring and alienating, in particular as it relates to the destructive nature of the creative process; ‘Kill Your Darlings’ won’t be a film that speaks to everyone, but to those who understand such a process, its combination of creativity and emotional upheaval will certainly prove meaningful. 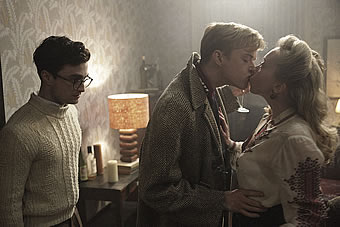 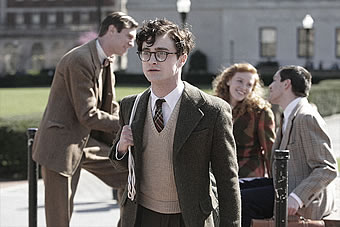 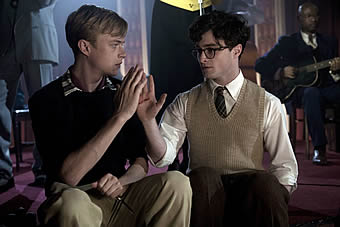 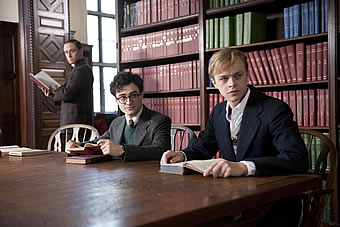 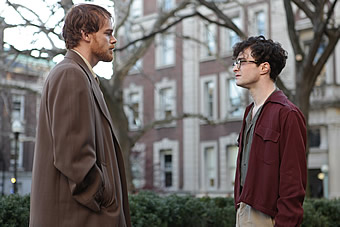