Synopsis: Steven Spielberg returns to executive produce the long-awaited next installment of his groundbreaking Jurassic Park series, Jurassic World. Colin Trevorrow directs the epic action-adventure from a screenplay he wrote with Derek Connolly. Frank Marshall and Patrick Crowley join the team as producers.

Let’s cut to the chase – for those of you who just want to know if ‘Jurassic World’ is as good as ‘Jurassic Park’, the answer is no, but it does come pretty damn close. To be fair, it was going to be a tall order to top the Steven Spielberg original – heck, even Spielberg’s own sequel ‘The Lost World’ failed to do that – a fact which the revamped park’s own management, owner Simon Masrani (Irrfan Khan) and his right-hand woman Claire (Bryce Dallas Howard), readily acknowledge. It isn’t enough that we are seeing dinosaurs come alive before us; in order to dazzle, the animals has got to be “bigger, louder, and more teeth”.

And so in their quest to create a new attraction for the park, its chief scientist Dr Henry Wu (B.D. Wong, the only cast member from ‘Jurassic Park’ to reprise his role) turns to genetic modification to create varieties that never existed 65 billion years ago. That research has yielded the Indominous Rex, a hybrid whose DNA is based off a T-rex and is spliced with the genome of other species which we slowly learn (the hard way) of its predatory functions. Bred miles away from the actual visitors’ areas, it sets a trap to bait its breeders into its paddock and, during the ensuing melee, breaks out of the enclosure to wreck havoc not just to the humans on the Isla Nubar but also the rest of its own kind living on the island.

With the Indominous Rex on the loose, ex-Navy man Owen (Chris Pratt) springs into action to try to stop the beast before it reaches the 20 thousand over blissfully unaware visitors and at the same time rescue two kids (Ty Simpkins and Nick Robinson), who happen to be Claire’s nephews, that are in imminent danger after veering off the beaten course. Save for a little spot of complication from the corporation’s head of security, Hoskins (Vincent D’Onofrio), whose idea to employ raptors against the Indominous Rex backfires in a jaw-dropping ‘oh sh*t’ moment, the narrative unfolds in as linear and straightforward a manner as you can imagine.

Not that we’re complaining – despite crediting four writers, ‘Jurassic World’ is supposed to be a movie built on thrill and spectacle more than anything else, a fact that isn’t lost on its director Colin Trevorrow. Despite having only one other feature-length movie to his credit, Trevorrow proves more than able to construct riveting action setpieces that are keystone to the franchise. Among the highlights – Masrani’s attempt to take down the Indominous Rex from a helicopter that comes to a fiery end and sets free the winged predators held captive in an aviary, the birds’ subsequent attack on the hordes of visitors in the main theme park, and the raptors’ hunt for the Indominous Rex that takes a surprising turn.

Just about the last hour and a half is packed wall-to-wall with non-stop action, as the characters run, duck, hide, chase, rinse and repeat in order to save their own and prevent a bigger calamity from shutting down the park forever. Trevorrow lacks Spielberg’s gift for creating and sustaining tension, but in place of iconic moments like the ripples in the glass of water on the dashboard or the velociraptors opening a kitchen door, he simply keeps the action going and going, pausing only to a) let in a kicker and/or b) pay tribute to his predecessors. That said, it is to us also the reason why this entry pales in comparison to Spielberg’s original, which was a quintessential masterpiece in choreographed suspense.

Rightfully, Trevorrow shows the utmost respect for the establishing blocks of the franchise. Although the theme park has undergone a major makeover with snazzy new attractions like a dinosaur petting zoo, an amphitheatre featuring a monosaurus feeding show and face-to-face safari-like dino excursions in a circular self-powered vehicle called a gyrosphere, there are constant nods to the original movie. The original Jurassic Park Visitors Centre makes a pleasantly surprising appearance midway into the film, and for that matter so does its banner and T-shirts. Most significantly, the finale pays homage to the first movie in truly cheer-worthy rah-rah fashion – and while we will agree with the cynics that it is deus ex machina, there is no denying that it closes the film on a high note.

In a marked departure from the earlier film(s), Trevorrow has injected a generous dose of humour into his movie. For that, he mostly relies on his ‘Safety Not Guaranteed’ lead star Jake Johnson, who embodies our nostalgia with ‘Jurassic Park’ while being the lovable geek with his endearing idiosyncrasies. Those looking for Chris Pratt to bring his Star Lord act from ‘Guardians of the Galaxy’ will likely be disappointed though; rather than reprising that role here, Pratt plays a straight-up action hero, though he does share some charming moments with Howard, whose controlling, strait-laced nature is the reason why their first date was also their only one. Howard’s transformation from buttoned-up corporate businesswoman to action heroine is also suitably rousing, even more so later on when she gets to save the day and kick dinosaur ass alongside Pratt.

Yes, though this is the first chapter in the series to introduce a whole new set of characters, they are well written and well played enough to compensate for any nostalgia one may have of Dr Alan Grant or Dr Ian Malcolm. Pratt’s good-natured charisma rubs off amply on his character, and Howard manages to go from unlikeable to someone we care about with surprising clarity. Most delightful however is the sibling dynamic between Simpkins and Robinson, which provides much of the film’s emotional anchor; indeed, it is from their perspective that we are brought into the titular resort, and whose survival we come to fear the most for.

Back in the day, the Steven Spielberg original was the very definition of blockbuster entertainment, especially in how it so seamlessly fused CGI with animatronics to create awe-inspiring renditions of the beasts that once walked our earth. Like we said at the beginning, it is probably too much to ask that ‘Jurassic World’ has that same effect on us, but it is also the only entry thus far to come close to replicating that experience. The effects are obviously leaps and bounds over the 1993 gamechanger, such that what was real feels even more so now. It is also a non-stop edge-of-your-seat thrill ride, one that hits the high gear even before the halfway mark and never lets up. And thanks to a genuine sense of nostalgia, it will also give those who were old enough to see the first one in the cinema goosebumps. You bet you’ll be humming that John Williams theme song as you step out of the theatre, and if you ain’t awe-struck, we guarantee that it will still leave you breathless.

(The best yet since the original, this reboot twenty-two years after the first 'Jurassic Park' is a non-stop edge-of-your-seat thrill ride with pleasantly surprising doses of good humour and warm nostalgia) 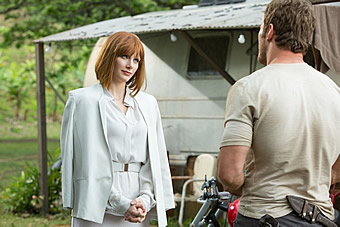 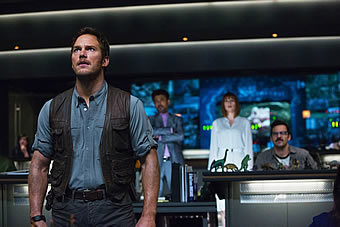 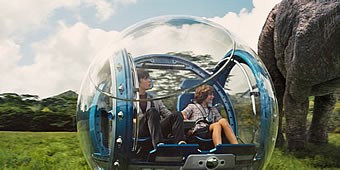 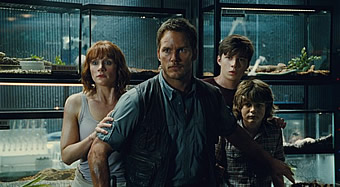 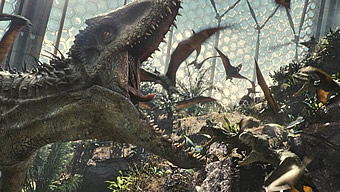