Synopsis:  Mai doggedly follows the clues, which leads her to the cursed house?now nothing but an empty lot. Will she truly discover the horrifying death of her sister and be the one to finally break the curse, or will she be another sacrifice?

There is a thin line between horror and comedy. You see, being genres that leverage on human emotions, the success of horror flicks and comedies rely very much on how well they elicit either surprise (amusement) or shock (fear) from their audience. Failure to meet these expectations result in either a comedy that is horrifying terrible or a horror flick that is terrifyingly hilarious. Without a doubt, Ju-On 4: The Final Curse is one horror flick that belongs to the latter category.

Continuing from Ju-On 3: The Beginning of the End, Mai (Airi Taira) receives news that her sister Yui (Nozomi Sasaki) has mysteriously disappeared. This brings back memories of an ominous dream she has of Yui and the spirit of a haunted child, Toshio. All these disturbing coincidences accumulate and present themselves to be related when Mai discovers Yui’s teaching records: Toshio is indeed a student of Yui’s who has gone missing. While Mai tries to investigate the strange circumstances surrounding her sister’s disappearance, Toshio (Kai Kobayashi) is discovered to be alive and is taken in by his auntie’s family. The family's warm hospitality, however, spells their downfall as Toshio’s presence brings about the new manifestation of the Ju-On curse brought over from his previous home.

Like in Ju-On 3, director Masayuki Ochiai wastes no time scaring his audience. As of all good horror flicks, Ochiai makes good use of leitmotifs to build tension. In particular, the disconcerting guttural sounds unique to the resentful Kayako (Misaki Saisho) were effective in intensifying the creepy atmosphere of the film. In fact, special mention should be given to Saisho’s performance as Kayako, Toshio’s very dead birth-mother. Out of all the adult actors, Saisho’s performance has a raw energy that makes her stand out from the rest; ironically making Kayako seem more “alive” than the rest of the characters in the film.

That, unfortunately, marks all that is good of Ju-On 4.

That is because horror (and comedy), more than any genres, relies on the “Rule of three” i.e: establishing a pattern to mindf*** the audience into accepting the pattern as a norm in the film. Once established, the “Rule of three” can be either used to make s***ty scenes seems normal in the world that the characters live in or broken to jazz things up. Other than the wonderful use of Toshio and Kayako’s leitmotifs, the “Rule of Three” manifests itself in the subtle shots of Toshio’s spirit sauntering past human characters. But here’s the thing. While that might creep out the audience, having too much of the same action renders its repetition stale. How many times do you want to see a kid wearing only a loincloth saunter past other characters? For crying out loud, the kid is painted so white that one can almost see his a**cheeks if one concentrates hard enough.

Another huge mistake that director Masayuki Ochiai makes is his negligence to plot and story. The other subplots of the film were weak at best and play no significant contribution to the story. Their existence, it seems, only serves to increase the amount of scary scenes in the film. Ultimately, the core of the film should be its story and plot; scary moments in the film should be relevant to the story. Ochiai seems to prefer scares over plot and well, having scary scenes for the sake of having scary scenes just makes Ju-On 4a cheap, B-grade film.

A good horror flick has to come in a package; it has to have a strong plot with a never-ending supply of scares. Forgo any of that and end up with a joke that audiences will forever remember as a hilariously horrible horror flick. 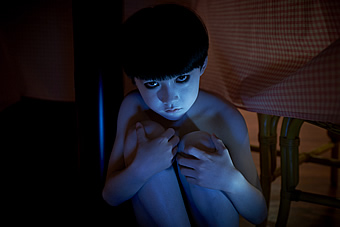 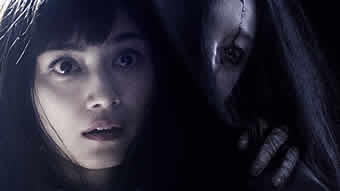 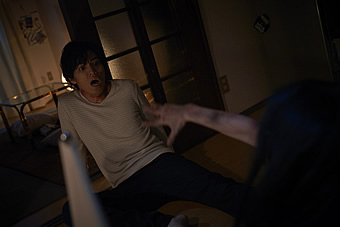 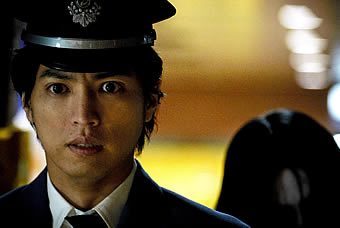 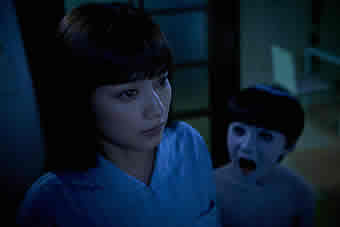