Synopsis: Ip Man’s life remains unchanged after his wife’s death, but he and his son are slowly drifting apart. To seek a better future for his son, Ip Man decides to travel to the U.S. only to find the stable, peaceful life abroad is only skin deep. Underneath lies a deep rooted racial discrimination that is far worse than he has expected. Ip Man re-examines his position and ponders on the reason he took up martial arts in the beginning.

For the record, Ip Man never went to America, even though his most famous disciple Bruce Lee did. But for fans of the ‘Ip Man’ series, that detail shouldn’t bother, given how the previous films have also played it fast and loose with history while ensuring a dignified representation of the real-life martial artist.

As its title touts, this is supposedly the fourth and final episode, spanning the period following the death of his beloved wife (at the end of ‘Ip Man 3’, if you recall) to his own demise from head and neck cancer. Leveraging his established trait of being fiercely loyal to his family, ‘Ip Man 4’ imagines the eponymous character journeying to San Francisco to find a private school for his tearaway teenage son Ip Ching. There, Ip Man comes face-to-face with anti-Chinese racism from white Americans, and is once again compelled to take to the mat to stand up for Chinese pride.

That should sound mighty familiar to anyone who has seen either of the three earlier movies, since its predecessors had dealt with similar themes, be it during the Japanese occupation in Foshan or during the post-War period in Hong Kong. As if wary that audiences may accuse it of treading familiar ground, ‘Ip Man 4’ amps up the anti-Chinese rhetoric to deafening proportions here, with blatant displays of racism at a secondary school, a United States Marine Corps training base and even right in the heart of Chinatown.

You’ll have to forgive the utter lack of subtlety in its portrayal of Chinese discrimination if you are to enjoy ‘Ip Man 4’, which frankly made us more uncomfortable than we’d expected it to, especially against the current geopolitical backdrop. Yet if you can get that out of the way, you’ll find this concluding chapter a fitting and genuinely moving farewell for what is perhaps the most iconic martial arts series in recent time.

Returning to the helm, director Wilson Yip assembles a compendium of the crowd-pleasing elements from the last three films. There is a standoff between Ip Man and a fellow ‘kung fu’ grandmaster, represented here by the head of the Chinese Benevolent Association Master Wan (Wu Yue); and there are two showdowns between Ip Man and two arrogant Western pugilists, played here by USMC Karate master Colin (Chris Collins) and fellow USMC master sergeant Barton Geddes (Scott Adkins), both of which are played in a military setting.

Returning too to direct the action is Yuen Wo-ping, who ensures that the fights are beautifully choreographed and thrillingly executed, such that they are fast, fluid and fierce; in fact, the last mano-a-mano between Yen and Adkins is one of the most brutal and bloody of the entire series. Relative to earlier action director Sammo Hung, Yuen has typically favoured grace over ferocity, and the one-arm contest between Ip Man and Master Wan, as well as Ip Man’s style against his foreign adversaries, reflects that. Each of the precisely designed set-pieces is a highlight in and of itself, and you’ll undoubtedly cheer for Ip Man’s expected but no less stirring victories over his challengers.

Besides Yuen, credit to the fights goes of course to the performers themselves. Yen’s mastery of ‘wing chun’ is just as awe-inspiring, but the new additions here are similarly impressive – including Yue’s demonstration of ‘tai chi’, and Collins’ and Adkins’ muscular display of karate techniques. Even though the script makes caricature of Adkins’ character, fans of the action star would be glad to know that he more or less holds his own against Yen, such that the latter’s eventual triumph is ultimately still hard-won. And though Bruce Lee plays no more than than a glorified cameo, Chan Kwok-keung delivers a rousing impersonation of the icon, especially during a back-alley fight which sees him make an egotistical Westerner eat humble pie.

As much as the action is the highlight, Yip retains too the poignancy of the earlier films from Ip Man’s dedication to his family. The interactions between father and son is just as, if not more, affecting than Ip Man’s defence of his race, especially because it is depicted with a lot more subtlety and therefore comes off a lot more realistic. You’ll feel for Ip Man as he struggles to be the sole parent to Ip Ching, and be moved when he learns through his exchanges with Master Wan’s daughter Yonah (Vanda Lee) how to play a more supportive role to his son. It is a deeply moving culmination of the narrative arc from the first movie of Ip Man’s love and commitment to his wife and son, and Yen is brilliantly understated in the role.

Though Ip Man has been played by as many as four actors over the past decade, it is Yen whom you’ll likely associate most indelibly with the character. Of course, Ip Man is also the most definitive role of Yen’s career, and it is absolutely befitting that he has declared this conclusion his final ‘kung fu’ movie. At once humble, stoic and resolute, Yen epitomises the spirit and form of Ip Man wonderfully, and despite its flaws, ‘Ip Man 4’ is a fitting send-off not just for the franchise but for Yen himself. If the spontaneous clapping at the end of the screening we attended is anything to go by, we’re sure you’ll agree wholeheartedly this is as grand and magnificent a way to say goodbye.

(Comprised of the crowd-pleasing elements of the earlier films, this fourth and final chapter boasts thrilling action and genuine emotion in spite of some blatant Chinese flag-waving) 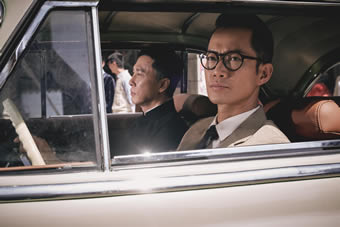 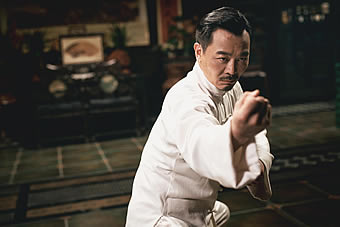 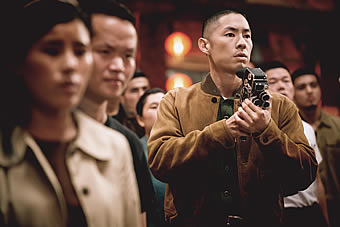