Synopsis: We always knew they were coming back. After INDEPENDENCE DAY redefined the event movie genre, the next epic chapter delivers global catastrophe on an unimaginable scale. Using recovered alien technology, the nations of Earth have collaborated on an immense defense program to protect the planet. But nothing can prepare us for the aliens’ advanced and unprecedented force. Only the ingenuity of a few brave men and women can bring our world back from the brink of extinction.

A good twenty years has passed since Will Smith’s F18 pilot Steven Hiller and Jeff Goldblum’s computer scientist David Levinson entered the alien mothership that blew up the White House and detonated it from within, saving the human race from annihilation and giving the world two decades of peace through its unity against a more fearsome enemy . In that time, a global Earth Space Defense Agency has been set up with outposts on the moon and Saturn, supported by a defense force that counts Steven’s son Tom and former President Bill Thomas J. Whitemore’s daughter as its pilots. Alien technology has enriched not just our weaponry but our very lives, allowing us to build a high-tech utopia where we can overcome our human limitations such as gravity.

As tantalizing as Roland Emmerich’s vision of an alternate present may be, few – we suspect – will be in the mood to get re-acquainted with our heroes of yesteryear, notwithstanding that Emmerich have taken pains to bring them back for this long-overdue sequel. Like before, it is alien destruction on a monumental scale that most will likely be eagerly awaiting with bated breath – including Malaysia’s Petronas Twin Towers smashing into the London Eye, Dubai’s Burg Kalifa ‘spearing’ London’s Tower Bridge and our very own iconic Marina Bay skyline decimated by the marauding species. Never mind that Emmerich suggests our little red dot is a city in China, seeing our landmarks breaking apart on the big screen as they are sucked up into the sky by a 3000-mile wide queen ship is not a kick you get to have every day.

Alas this is hardly the first time that Emmerich has plotted worldwide catastrophe – ‘2012’ and ‘The Day After Tomorrow’ were also his doings – and that probably explains why he seems less keen on destroying the landmarks than on choreographing the aerial and ground battles between man and alien. Leading the charge against the invaders in Smith’s place are Liam Hemsworth’s maverick pilot Jake Morrison and Jessie T Usher’s Dylan Hiller (the son of Smith’s character), the two Top Gun wannabes at odds with each other at the start following a training skirmish that almost killed Dylan. Quite frankly, the personal drama goes nowhere, serving only as filler before the pair take to the skies to try and take down the queen right at the heart of the mothership.

But what a thrilling spectacle that makes, as swarms of fighter jets and alien spaceships whiz past each other at dizzying speeds in an aerial dogfight that Emmerich pulls off with aplomb. Emmerich has always loved orchestrating spectacle, and despite a brief sojourn into dramatic fare (last year’s ‘Stonewall’ anyone?), he demonstrates here that he has not lost his knack for epic-scaled action sequences that he was known for creating long before Marvel got into the game. The finale that sees Emmerich bring the fight out to the Salt Flats of Nevada (because the Earth Space Defense Agency just happens to be headquartered in Area 51, get it?) too doesn’t disappoint, especially in its show of human wit and ingenuity against the might and numbers of the alien contingent.

Yet even as it finds Emmerich at his best, ‘IDR’ also represents Emmerich at his worst. Character work is middling at best, dismal at worst. Goldblum’s wry Earth Space Defense director fares best, given the honour of dishing out the occasional sardonic quip that helps the movie as a whole find the right balance between absurd and awesome. Pullman’s PTSD-stricken ex-President seems present only for nostalgia’s sake, with little to do than to show that he is just as self-sacrificial with or without that presidential title. Usher is no Will Smith (despite trying to echo the latter by selling the iconic line ‘Get ready for a close encounter, bitch!’) and barely registers. Ditto ex-President Whitmore’s grown-up daughter Patricia (Maika Monroe), who serves no purpose but as love interest to Jake, the only memorable figure of the new guard. Not that fans of the original will be impressed; instead, they are more likely to cheer the return of Brent Spiney and John Storey as a pair of gay lovers/ nuclear scientists at Area 51.

Despite the assistance of four other co-writers (including his frequent collaborator Dean Devlin), Emmerich’s storytelling leaves much to be desired. After a steady build-up in the first half hour, the rest feels like a patchwork that threatens to fall apart due to under-developed plot threads, vague timelines and Deus-ex-Machinas the size of giant Pokeballs (we mean this literally). Because the invasion and the subsequent response feels rushed and somewhat incoherent, one can’t quite feel the anticipation before the attack, the great release of tension when it hits, and that sigh of relief when the threat is finally neutralized. The occasional levity does help to gloss over some of the sheer ludicrousness, but Emmerich’s failure to get his audience invested in his narrative or his characters means that you won’t feel the fist-pumping emotional triumph he is clearly aiming for at the end.

And in a sense, ‘IDR’ is quintessential Emmerich, built on a promise of epic spectacle which it delivers spectacularly but diminished in storytelling and character. It was always unrealistic to expect this sequel to match up to the expectations of its predecessor, not least because the latter was a cultural touchstone by heralding the arrival of the modern-day effects-driven blockbuster. For millennials though, Emmerich has ensured that this sequel works like a blast from the past, reveling in visual excess and embracing its silly cheesy premise with open arms. How much you love this resurgence depends on your appetite for big, loud and dumb fun that you won’t remember once you step out of the cinema, which makes for great summer entertainment – but frankly not much more.

(Packed with visual spectacle but lacking in everything else, 'Independence Day: Resurgence' is big, loud and dumb summer entertainment best enjoyed with popcorn, Coke and an uncritical mind) 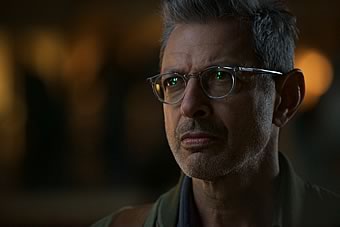 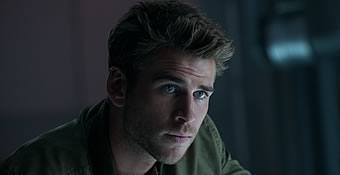 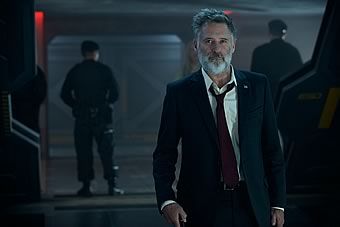 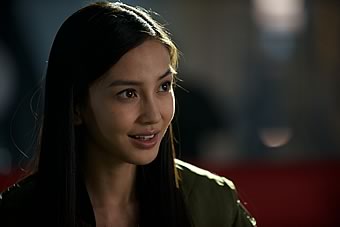