Synopsis: Throughout his extraordinary career, Academy Award-wining director Martin Scorsese has brought his unique vision and dazzling gifts to life in a series of unforgettable films. This holiday season the legendary storyteller invites you to join him on a thrilling journey to a magical world with his first-ever 3-D film, based on Brian Selznick's award-winning, imaginative New York Times best-seller, "The Invention of Hugo Cabret." HUGO is the astonishing adventure of a wily and resourceful boy whose quest to unlock a secret left to him by his father will transform Hugo and all those around him, and reveal a safe and loving place he can call home.

If there is one genre that Martin Scorcese has not explored over the course of his expansive four decades in film, it is that of the ‘families’, often considered as lightweight and therefore ill-fitting for the director’s proclivity for mature fare revolving around the themes of guilt and redemption, crime and violence and above all, Italian-American identity. But though cloaked within the look and feel of a family film, ‘Hugo’ ultimately proves to be so much more, and there is no doubt by the end of it why Scorcese was attracted to this adaptation of Brian Selznick’s celebrated novel.

This is the Dickensian story of a 12-year-old orphan named Hugo Cabret (Asa Butterfield) who lives inside the walls of the Gare Montmartre train station in 1930s Paris and turns to the occasional thieving to survive. How Hugo ended up tending to the complicated system of clocks within the station is told quickly through a series of flashbacks- his beloved father (Jude Law) dies in a fire and the young boy is taken under the wing by his churlish Uncle Claude (Ray Winstone)- but is arguably less important than the mystery he has been working hard to crack.

Hugo’s been left with an automaton which his father rescued from the attic of a nearby museum, and over the years, he’s been nicking what he needs to get it repaired- it’s Hugo’s last remaining connection to his father whom he misses dearly. While performing his daily routine of eluding an overzealous station inspector (Sacha Baron Cohen) one day, Hugo runs afoul of a grumpy toy seller Papa Georges (Ben Kingsley) and loses possession of a precious notebook with the drawings and calculations essential for his pet project. Desperate, he follows the seller home and pleads with his precocious goddaughter Isabelle (Chloe Grace Moretz) to retrieve it for him.

Thus begins their mutual journey of adventure, as Hugo brings Isabelle, who’s never seen a motion picture, to a showing of ‘Safety Last’ where the silent comedian Harold Lloyd dangles from the hands of a giant clock. Isabelle too introduces Hugo to the world of books, the bright lass an avid reader with a penchant for big words. But Hugo is more interested in the heart-shaped key around Isabelle’s neck he believes will unlock the secret of the automaton- though to convince her to lend him the key, Hugo has to reveal both his hiding place in the station and more importantly the automaton he keeps hidden in there.

True enough- the key fits the hole- and the automaton sketches out a key scene from filmmaker Georges Melies’ landmark 1902 sci-fi fantasy ‘A Trip to the Moon’ where a rocket crashes into face of the man in the moon. Turns out Papa Georges is indeed the lost filmmaker Georges Melies, and screenwriter John Logan uses the second half of the movie to make a heartfelt argument for the preservation of film. It isn’t just about protecting the legacy of the filmmaker- though the rehabilitation of Melies is equally pivotal to the story- but also about safeguarding the collective memories of an audience built upon the extraordinary power of cinema to inspire.

So deftly around a tale of childhood intrigue, Scorcese has conveyed the importance of a cause that’s so close to his heart- the filmmaker had in 1990 founded the Film Foundation dedicated to American film preservation and in 2007 the World Cinema Foundation to do likewise for world cinema. ‘Hugo’ isn’t only his plea for the cause, but his tribute to his peers from the past who have left an indelible contribution to the advancement of cinema- and besides a brief but illuminating tour of the history of early cinema close to the end of the film, Scorcese also does a lovely restaging of the classic Lumiere brothers’ 1897 presentation of the ‘Arrival of a Train at Le Ciotat’.

In ‘Hugo’, Scorcese has also fashioned an opulent epic as lavish and rapturous as the classic films that have captured our imagination since the beginning of the celluloid medium, employing his usual ace team- consisting of production designer Dante Ferretti, cinematographer Robert Richardson and editor Thelma Schoonmaker- to transport his audience straight into the heart of a storybook Paris. Trust us when we say that you’ll be wowed from the get-go- the opening shot a breathtaking one that begins with the camera swooping over the rooftops of Paris towards the Montmartre station and continuing seamlessly above the tracks inside the station before entering the main hall where young Hugo is making his way through the crowd of commuters.

The singular contributions of each one on his technical team deserve special mention. Ferretti’s set design of the Montmartre station is filled with gorgeous details, the interior of the clock tower particularly intricate and exquisite; and the re-creation of the famous train wreck within the novel an absolute sight to behold. Richardson’s cinematography here is also splendid, especially the numerous shots within the station and over the Parisian rooftops- but his most notable achievement is in making a compelling case for the use of the third dimension. Together with Scorcese, Richardson ensures that this 3D-shot film brims with beautifully crafted shots that bring to life the world of fantasy and mystery within the film in a most visually vivid manner.

Besides its technical mastery, ‘Hugo’ also boasts delightful performances from its cast of all ages. Butterfield emerges from a breakout performance from ‘The Boy in the Striped Pyjamas’ to deliver an equally nuanced portrayal of a boy adrift in the world and longing for the people and things that will connect him to the rest of humanity. While Butterfield infuses Hugo with the wary solitude of a street-smart urchin, Moretz effuses warmth and radiance in every frame. Fresh off Scorcese’s earlier ‘Shutter Island’, Kingsley’s supporting act is a masterful one that conveys keenly the wounded pride of an artist who watches with despair as his works once so beloved by the world are now quickly forgotten.

If there is one gripe about the movie, it is that the vignettes involving some of the station’s regulars- including a tentative romance between Cohen’s station inspector and Emily Mortimer’s florist- end up too lightweight to matter, even if they do emphasise the movie’s main theme of finding connection and continuity. Still, that little triviality in no way diminishes the sheer feeling of wonder and magic that Scorcese brings to his first film meant for all ages, a film that also so persuasively and winningly echoes his lifelong passion of cinema preservation. It’s a film of pure enchantment, even more so when viewed in 3D, and once again reiterates why Scorcese is simply one of the best directors of all time.

(A work of pure magic, pure wonder and pure exuberance, this unlikely family film from Martin Scorcese is a winning delight for all ages- and an even more astounding visual spectacle in 3D)

LEMONY SNICKET'S A SERIES OF UNFORTUNATE EVENTS (2004)
Back 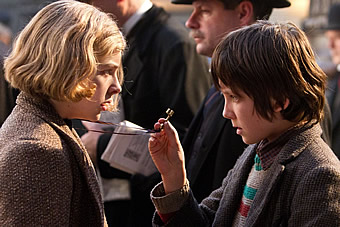 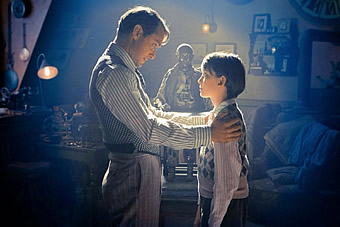 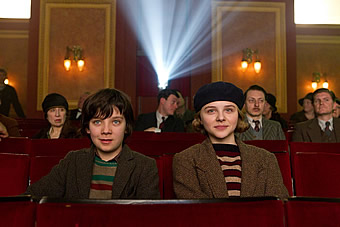 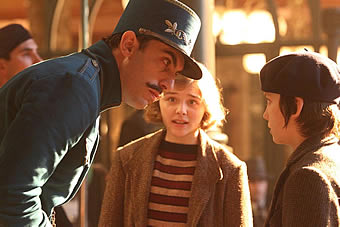 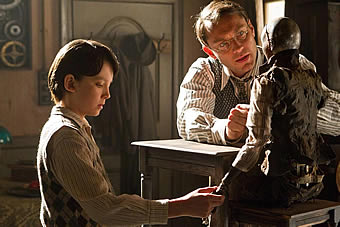