Synopsis: The Drac pack is back for an all-new monster comedy adventure in Sony Pictures Animation's Hotel Transylvania 2! Everything seems to be changing for the better at Hotel Transylvania... Dracula’s rigid monster-only hotel policy has finally relaxed, opening up its doors to human guests. But behind closed coffins, Drac is worried that his adorable half-human, half-vampire grandson, Dennis, isn’t showing signs of being a vampire. So while Mavis is busy visiting her human in-laws with Johnny – and in for a major cultural shock of her own – “Vampa” Drac enlists his friends Frank, Murray, Wayne and Griffin to put Dennis through a “monster-in-training” boot camp. But little do they know that Drac’s grumpy and very old, old, old school dad Vlad is about to pay a family visit to the hotel. And when Vlad finds out that his great-grandson is not a pure blood – and humans are now welcome at Hotel Transylvania – things are going to get batty!

2015 has not been a good year for Sony and the once flourishing comedian of all time, Adam Sandler hasn’t been much of a help to his frequent backer given Pixels bombed at the box office. But Sony and Sandler still have a chance to recoup some of those losses, hopefully in this animated sequel to the 2012 surprise hit, Hotel Transylvania.

Since the last movie, Count Dracula’s (Sandler) hotel business has been doing great with the influx of both human guests and monsters. In the meantime, Dracula’s daughter Mavis (Selena Gomez) has gotten married to human Jonathan (Andy Samberg) and soon after, they had a half-human, half-vampire son Dennis. Dracula being the worried “Vampa” (Vampire + Grandpa. Get it?) decides to round up his monsters buddies to put Dennis through a vampire boot camp so that Dennis can grow up to be a vampire before it’s too late.

For better or worse,Hotel Transylvania 2 continues to bear the trademark stamp of a typical Happy Madison production sans the fart jokes which is a miracle as a matter of fact. So instead of flatulence gags, we have tired jokes about smartphones instead. Still, the script credited to SNL writer Robert Smigel and Adam Sandler actually works even it runs at only a brief 89 minutes. Some of the gags are a real hoot and the witty wordplay continues if you manage to catch it. The familiar nursery rhyme “Twinkle Twinkle Little Star” has been ridiculously turned into “Suffer Suffer Screaming Pain” and not forgetting an amusing sequence at the Count’s now mellowed summer camp.

Of course aside from the above mentioned, the animation flick simply can’t stop for one second and it pretty much entertain with its break-neck pacing and non-stop outrageous sight gags. Drac’s frat pack which includes Frankestein (Sandler’s frequent collaborator Kevin James), Wayne the werewolf (Steve Buscemi), Griffin the invisible man (David Spade), Murray the Mummy (Keegan-Michael Key) and Blobby the Blob provides more slapstick fun especially kids-favourite Murray and Blobby. Mavis and Jonathan didn’t get much screentime this time round but I guess it’s perfectly all right since they weren’t that interesting in the first place. Veteran comedian Mel Brooks makes a late appearance as Drac’s old dad, Vlad. The result is largely inconsequential.

The talented Genndy Tartakovsky returns to the director chair and while he isn’t responsible for the writing, he is a master when it comes to executing perfect comic timing and a simple (which turned silent later on) scene showcasing Count and Frankestein talking in his room is an apparent example why Tartakovsky’s animation skill is top notch. Too bad he is no longer helming his pet project Popeye for Sony. The latter should be kicked in the balls.

While it certainly entertains and a slight improvement over the first one, Hotel Transylvania 2 still fails to secure itself a place in the league of other zany groundbreaking horror-centric animations such as ParaNorman or The Nightmare Before Christmas. There’s a muddling message about accepting others who are different and mixed but frankly speaking, it’s best to leave it to Laika and Pixar/Disney to do it. It’s more natural for Sandler to stick to his grown-ups brand of comedy.

(The animation is vivid, the jokes are fast and silly, what’s not to like about a ghoulish frat pack?) 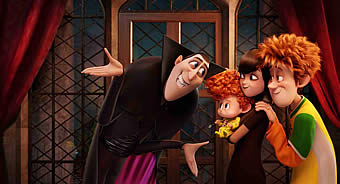 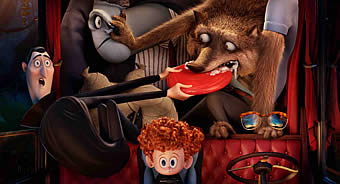 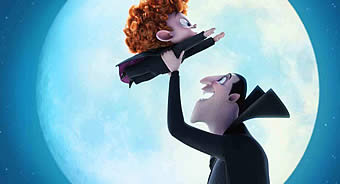