Synopsis: An uptight and by-the-book cop (Reese Witherspoon) tries to protect the sexy and outgoing widow (Sofia Vergara) of a drug boss as they race through Texas pursued by crooked cops and murderous gunmen.

This reviewer really wanted to like this comedy. You see, after a stressful day at work, nothing beats watching Colombian American actress Sofia Vergara strut her stuff in the successful sitcom series Modern Family as the wildly hilarious Gloria Delgado Pritchett. Yes, you heard it right, this writer enjoys the antics of this funny woman so much, he was blinded by the fact that her latest big screen outing directed by Anne Fletcher would be a dud.

The other reason why this sometimes biased columnist was eagerly catching this movie is probably because of Reese Witherspoon. Some 14 years ago, Witherspoon made audiences everywhere laugh out loud as a goofy sorority girl who sets out to win back her ex boyfriend by earning a law degree in Richard Luketic’s Legally Blonde (2001). Many successful movie outings in the drama genre and a Best Actress win at the Academy Awards (for her portrayal as June Carter Cash in 2005’s Walk the Line) later, one would naturally anticipate the 39 year old actress’s return to comedy (she was almost overshadowed by her male co stars Chris Pine and Tom Hardy in 2012 This Means War, her last effort at making us laugh).

So what went wrong with this action comedy? Could it be the predictably flat story? Witherspoon’s Rose Cooper is a Texaspolice officer who gets assigned to a dead end job despite her passion for fighting crime. As fate would have it, along comes a drug dealer and his wife (enter Vergara and her va va vroom figure) who are the answers to busting a drug lord. The two women soon find themselves in an adventure against criminals and corrupted cops.

The story doesn’t sound criminally bad, especially if we have Witherspoon and Vergara on board. To be fair, it’s fun to watch the duo feed off each other’s personality. One is a uptight law enforcer, while the other is a, not surprisingly, a hot blooded woman shooting off one Spanish phrase after another (fans of Modern Family would be able to relive those hysterical moments) – the evidently different characters are almost too conveniently at the director’s disposal to approach this comedy with a string of drearily lazy jokes.

Fletcher (The Proposal, The Guilt Trip) doesn’t make use of her leads’ energy, instead creating weary caricatured moments which would send viewers down the path of bore. Verbal jokes involve lots of shrill shouting and screaming, while physical humour sees the stars climbing over obstacles and Witherspoon cross dressing into someone who looks like Justin Bieber.

The rest of the supporting cast do not have much to do – Jim Gaffigan (17 Again), Robert Kazinsky (Pacific Rim) and Joaquin Cosio (The Lone Ranger) play out cupboard thin characters which are better off seen on Tv sitcoms.

Despite the movie’s short runtime of 88 minutes, the attempts to milk laughs with one loud stunt after another make us feel bad for the two ladies, who fortunately look like they’ve formed a friendship over this production.

(This loud comedy features lots of high pitched screams and shrieks, and that’s about it) 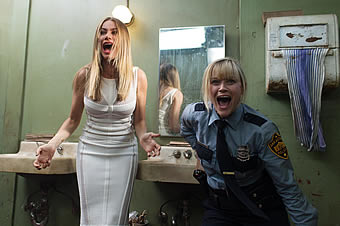 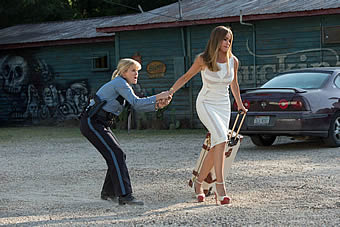 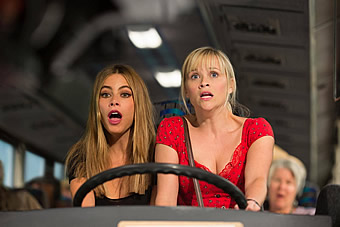 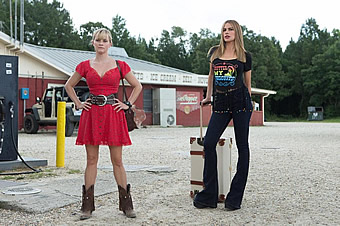 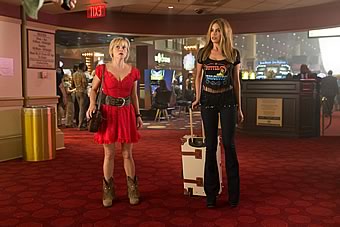