Synopsis: "Law's Tea House" is out-of-date. Shopkeeper Dragon and chef Tiger are already late fifties old men who have waited for their paralyzed kung-fu master Law Sun to wake up for 30 years. Property company messenger Cheung is ineffective in work, aimless in life. Cheung used to be a kung-fu enthusiast but had been forced to give up due to suffering from asthma. Cheung's passion in kung-fu revives after Tiger fights off the bully gang for him and he also encounters adorable lass Kwai. Cheung gets involved in the dispute of the young proprietor Mang's retrieval of properties including "Law's Tea House" during which Cheung accidentally triggers Law Sun to wake up. Law Sun's return brings back vigor for "Law's Tea House" to resume "Law's Martial Club". He trains Dragon, Tiger and Cheung severely to fight for their lost dignity.

You’d probably be hard-pressed to find a more befitting film than “Gallants” to open the Hong Kong Film Festival 2011. Not only was the film crowned Best Film at the recent Hong Kong Film Awards, it is also a lovingly made tribute to the martial arts classics of the 60s and 70s that so defined the territory’s heydays. In fact, it even boasts a cast of Shaw Brothers alumni, including Leung Siu Lung, Chen Kuan-Tai, Chan Wai Man and Lo Meng.

And surprise, surprise- at the helm of this movie is not a veteran director, but rather the very promising young writer/director duo of Derek Kwok and Clement Cheng. Kwok and Cheng obviously know their genre references well, and this kungfu comedy has all the hallmarks of a classic martial arts classic- the indomitable master, his loyal disciples fighting for the glory of his name, the rival pugilist challenging their skills, and a competition to determine the best fighter among them. Add to the combination a zero-to-hero underdog tale, and true enough you have a spectacularly entertaining film that you’ll enjoy regardless of whether you were born in that bygone era.

The master here is one Law (Teddy Robin) who has lay comatose for 30 years, during which his disciples Dragon (Kuan-Tai) and Tiger (Siu-Hung) have turned his martial arts school into a teahouse. Into this piece of history enters the bumbling property agent Cheung (Wong You-nam), sent by his boss to acquire the village where the teahouse sits. A run-in with the local bullies (led by Law Wing-Cheong) leads Cheung to meet Dragon and Tiger, and a fortuitous awakening of their master.

Their challenge comes in the form of a tournament organised by rival Master Pong (Wai-man), which leads to the climactic fight between Law’s and Pong’s disciples. But the journey is as important as the destination, and true enough if the showdown between Tiger and Pon (Li Haitao) isn’t as cathartically pleasing as you may have hoped, the lead-up to that should nonetheless be immensely satisfying.

Chen and Leung are consummate performers, and they help bring to life every frame of this delightful movie. The very first scene when Tiger saves Cheung already is testament to this, and the wonderful rapport later on between Dragon and Tiger is simply enchanting. But the best thing about the movie comes one-third into the film- yes, when Master Law awakes from his slumber. Sharp-tongued, caustic and exacting with his disciples, Teddy Robin is an absolute hoot in the role and his diminutive size only adds to the uniqueness of his character.

No wonder then that with the trio of Leung, Chen and Teddy, the young actors are simply no match for the veterans. Wong is by no means bad in the role, but his underdog story is completely outshone by his co-stars. Ditto for rapper MC Jin’s as Wong’s childhood friend Mang, as well as Jia Xio Chen as Wong’s love interest Kwai- neither of these supporting characters make much of an impression next to Dragon, Tiger and Master Law.

Kwok and Cheng’s screenplay also reserves the best lines for these characters- and despite their age, the movie bounces along with a lively exuberance. It also manages to have a deeper poignant message along with the laughs, emphasising on the importance of a fighting spirit no matter what one does in life. And speaking of fighting, one can only admire at the derring-do of Leung and Chen, who bravely give their all in the excellent fight sequences choreographed without wirework or CGI by Yuen Tak.

At first sight, “Gallants” is a film that shouldn’t be made- its cast is made up of veterans whose best days most assume are far behind them, it has a premise that recalls the classics of the past rather than the kungfu movies of the present, and it doesn’t deliver the calculated emotional climax that movies like “Ip Man” do- but these are also precisely the very reasons why this is one of the must-see Hong Kong movies of the year. You probably won’t find a movie like this often, if at all, so don’t miss this tribute to the martial arts classics of yore that is itself destined to become a classic.

(An absolutely entertaining tribute to the martial arts classics of the 60s and 70s, this award-winning film boasts great comedy, a delightful cast of veterans and thrilling fight sequences) 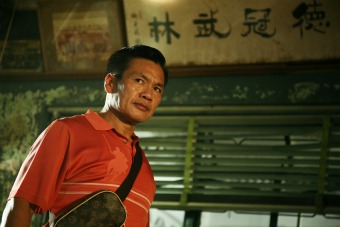 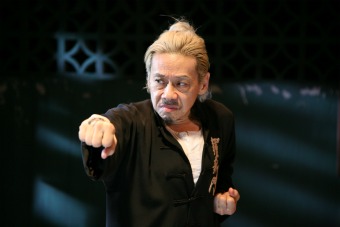 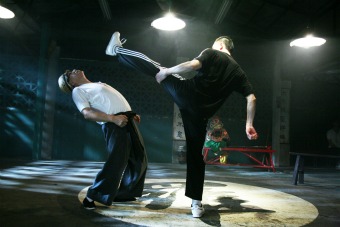