Synopsis: HIDDEN FIGURES is the incredible untold story of Katherine Johnson (Taraji P. Henson), Dorothy Vaughn (Octavia Spencer) and Mary Jackson (Janelle Monae)-brilliant African-American women working at NASA, who served as the brains behind one of the greatest operations in history: the launch of astronaut John Glenn into orbit, a stunning achievement that restored the nation's confidence, turned around the Space Race, and galvanized the world. The visionary trio crossed all gender and race lines to inspire generations to dream big.

In Hidden Figures, freedom is very much needed in segregationist Virginia, 1961. On top of fighting patriarchal battlelines with condescending men, our trio of brainy mathematicians must fight racial discrimination as African-American women working in NASA.

Taraji P. Henson is Katherine G. Johnson - the math prodigy who fast-forwards her way through her education, and ends up as a human computer in NASA’s West Computing Building. Her colleagues are decidedly of the same variety - African American women - as classified by their white colleagues for their ebony skin and natural sass. This microcosm of a work environment reveals the truth of those times, where black people were limited in their access in society, being relegated to seats at the back, specific toilets or entrances, or politely avoided on the streets. Tolerance is a tight facial expression in this film.

Her two closest friends, Dorothy Vaughan (Octavia Spencer) and Mary, find support in their friendship, and as talented women in their respective fields, struggle to fight against the bigotry that robs them of their well-earned place at work.

Mary is roped in to help with the engineering of a space capsule’s shell, but is denied her application as a full engineer as she does not meet the required education minimum - conveniently, with accreditation from an all-white school.

Dorothy is the titular superviser, performing all the duties but not given the position and relevant pay. Her direct liaison with her management is a petulant Vivian Mitchell (Kirsten Dunst), who doesn’t hold back on her condescension. Worse off, she and her girls might face unemployment when the new IBM (actual) computer gets hooked up into the system.

When Katherine is promoted to the upper echelon as a computer in the Space Task group, her awe and enthusiasm is quickly doused by her rude supervisor, Paul Stafford (Jim Parsons). As she plows through the many books handed to her for numerical and formula computation, the racism eats away at her. Lines in the books are blacked out because she has no clearance, making her work both impossible and redundant. A new coffee pot is assigned on her second day of work as she’s the only black woman in the room. The nearest toilet she’s allowed to use is half a mile away, straining both her bladder and her boss, Al Harrison’s (Kevin Costner) patience.

As the ways of the world in that era gets played on the screen, it’s not uncommon to hear the occasional gasp or indignance within the audience. Director Theodore Melfi works the film well, as a crowd-pleaser with a statement to make. It’s a feel-good movie with a sure-win formula, of having our heroines win out in the end, through their perseverance, personal strength and smarts. But he also makes sure we are reminded of how insane things used to be - and not too long ago at that.

The movie is buoyed by great performances. The dynamic lead trio of Henson, Monae and Spencer play their parts well, with trademark sass and class. Henson’s eventual outburst is especially relished. Dunst and Parsons are also delicious “villains”, who are all bark but no bite in their positions as the middleman. Costner gives a wonderful performance as Al, who gradually uncovers and lets Katherine take the reigns in certain operations.

Hidden Figures comes at an appropriate time, when tensions are high because of bigotry and ignorance. This movie reminds us that eventually, no one benefits when lines are drawn. It questions the values we hold close to us, and how they are formed. Even though many of these lines are dissolving, others are being laid out as we speak. Unfortunately, discrimination is a problem usually seen when it comes to our door, and this film shows us how three have outwitted the system. But Hidden Figures also impresses upon us, that we are the system.

(This real-life adaptation of racism in 1960s America is a timely tribute; well-acted by an amazing cast and orchestrated to a crowd-pleasing finish by Melfi) 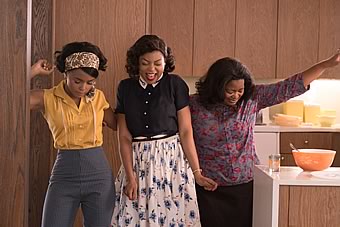 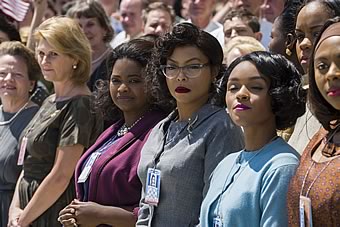 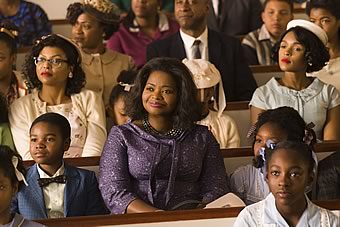 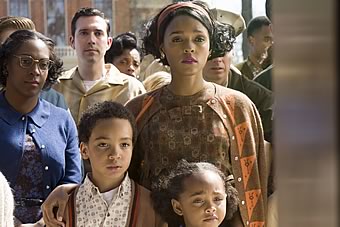 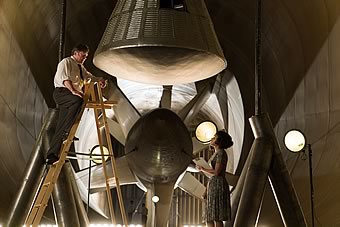 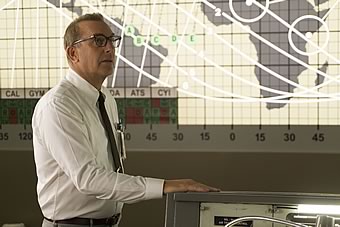