Synopsis: In a huntdown to catch a serial killer named ‘General’ (Vengo Gao), cop John Ma (Nicholas Tse) was shot through his heart and received a heart transplant thereafter. After a year and a half, a number of international crime cases that are done similarly to that of the General’s arise. John Ma and Calvin Che (Sean Lau), a criminal psychologist are brought together under the great threat and struggle to define all means evolved from the killings. Their final confrontation will uncover the lead behind the scene but will also put numerous innocent people in great danger…

Much to the disappointment of fans of the stylish period whodunit ‘The Bullet Vanishes’, Nicholas Tse did not return to star with Sean Lau in its sequel last year, so it is understandable that ‘Heartfall Arises’ arrives with a fair amount of expectation of their reunion. Alas those expecting a similarly smart and intriguing psychological thriller between the pair of Hong Kong Best Actors will likely be severely disappointed, as ‘Heartfall Arises’ is much, much less clever than it thinks itself to be or wants to be. Not only is it clumsily plotted, it is just as ineptly directed, which magnifies its narrative flaws and turns entire scenes into caricature, notwithstanding the considerable acting talent on display.

Based on a story by its director Ken Wu, the Gu Shuli-scripted film builds itself on the pseudo-scientific hypothesis on cellular memory, which posits that memories can be stored in individual cells. If you believe in that hypothesis, then you’ll probably also buy the idea that an organ transplant may possibly change a recipient’s personality – and it is said that heart transplants are most susceptible to cellular memory. It is for this reason that criminal psychologist Calvin Che (Lau) believes Major Crimes Unit detective John Ma (Tse) to be the perpetrator behind the latest series of serial murders which boast the same modus operandi as that which occurred one and a half years ago, given that Ma had received the heart of the murderer who went by the alias ‘The General’ (Gao Venga).

As cliché would have it, Ma happens to be the one who had shot ‘The General’ in the head in the first place, which left him critically injured and therefore in need of the transplant. Despite being spared of the complication of rejection, Ma starts to experience visions that he cannot quite explain – most often of a girl by the beach whom he appears to be dating. That girl is in fact the General’s fiancé, whom Ma not only feels a surge of emotions after seeing but decides to date over hotpot. Just as well then that he has apparently acquired the General’s taste for spicy food, which his girlfriend-doctor (Mavis Hee) points out earlier on in the film. Oh yes, as Che explains at the start to his class, cellular memory could lead to the recipient acquiring the donor’s memories, tastes and impulses.

Could Ma also have inherited the General’s murderous impulses? Wu hopes to keep his audience guessing as the cat-and-mouse game between the police and the killer comes down to one between Che and Ma, as he teases the revelation that Che had also gone for an organ transplant around the same time as Ma. As you’ve probably already predicted, Ma’s tendencies are no more than a red herring, and given that the General is out of the picture most of the time, it is not difficult to figure out who the copycat killer really is. With that mystery pretty much solved halfway into the film, all that remains is understanding the culprit’s motive, which unfortunately Wu and his writer Gu struggle but fail to come up with anything compelling or even convincing.

Most glaring is how the General’s modus operandi – in which he sends out a warning to his next victim, usually a wealthy business cum benefactor, and warns of his or her death hours later – is somehow forgotten two-thirds into the movie. Suddenly, what was previously referred to as ‘Robin Hood-style’ killings becomes one of vigilantism, and worse terrorism, for no apparent reason than spectacle; the latter referring to the big-bang climax you’ve seen in the trailer of an explosion taking out the iconic IFC building in Hong Kong’s Central district. That same lack of discipline explains the manner in which Wu has cobbled together disparate tricks in the genre playbook in the name of providing the story some twists and turns, even if they make little sense as a coherent whole.

All the while, Wu uses the motif of a chess game to describe the battle of wits – the first time Che and Ma meet each other is at a game of chess in the hospital grounds where both are recuperating from their respective operations; Ma names the General’s plan ‘The Gathering of the Seven Stars’, which chess players will know as a complex endgame composition; and last but not least, Che continuously reminds Ma after that initial meeting that they are due for a rematch someday. Yet not the numerous references to the chess stratagems nor the occasional Friedrich Nietzsche quotes can quite disguise the fact that there is little ingenuity to the General’s plan and by extension to the film’s plotting, which is further exacerbated by Wu’s directorial inexperience or obvious missteps that run the gamut from poorly edited action sequences to embarrassing use of CGI to plain bad framing.

These flaws ultimately waste the combined acting talent of Lau and Tse, who somehow lack the spark that they had in their previous collaboration. Lau seems quite utterly bored, and Tse invests similarly little in a role that is too thinly defined. Their co-stars come off even more insignificant given how poorly sketched their characters are – in particular, the romantic subplots that link Tong and Hee to Tse are so badly developed that they are downright pointless. What was intended as a smart psychological thriller turns out very much, much less so, not as laughably bad as some reviews have claimed but certainly one of the worst Hong Kong films we’ve seen this year. Like its title, ‘Heartfall Arises’ often turns out illogical and even dumb, what pulse it raises likely out of frustration than excitement.

(Clumsily plotted and ineptly directed, this reunion of Sean Lau and Nicholas Tse is far from the smart psychological thriller it wants or thinks itself to be) 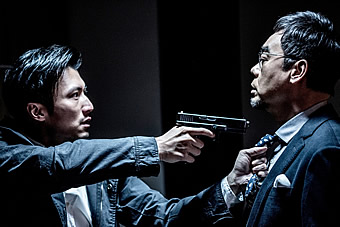 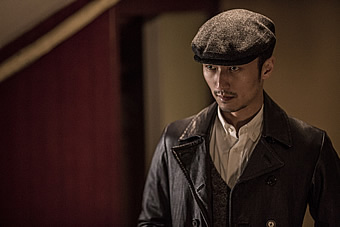 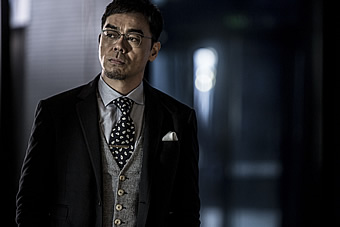