Synopsis: A sweet, naïve young woman trying to make it on her own in New York City, Frances (Chloë Grace Moretz) doesn’t think twice about returning the handbag she finds on the subway to its rightful owner. That owner is Greta (Isabelle Huppert), an eccentric French piano teacher with a love for classical music and an aching loneliness. Having recently lost her mother, Frances quickly grows closer to widowed Greta. The two become fast friends — but Greta’s maternal charms begin to dissolve and grow increasingly disturbing as Frances discovers that nothing in Greta’s life is what it seems in this suspense thriller from Academy Award®-winning director Neil Jordan.

In the vein of psycho-stalker thrillers like Fatal Attraction, Single White Female, and Misery, Neil Jordan directs Ray Wright’s script of an updated tale of obsession set in the bustling streets of New York.

Frances (Chloë Grace Moretz) is the city newbie, getting adjusted to the lifestyle after the passing of her mum. Spotting an abandoned bag on the subway, she makes her way to the address listed within and meets Greta (Isabelle Huppert), a sweet and charming French piano teacher.

The two seem to share an easy sense of camaraderie, and their introverted personalities ease them quickly into becoming fast friends. Frances’s roommate Erica (Maika Monroe) picks up on this as a surrogacy situation and warns her friend about it going overboard. She had no idea.

After Frances accidentally discovers a cabinet filled with replicas of the handbag she picked up, each tagged with a post-it of a girl’s name and number, she quickly realises Greta isn’t the kind madame she thinks and cuts off the relationship abruptly. And as we have educated by the earlier movies, that can only end badly.

Greta runs a decent story with some inventive sequences and twists that serve to upend expectations. But there’s the slight problem of how the movie really tests your believability, laying blank loopholes that take away from the tension of some scenes.

Stacked against her seeming illustrious history in baiting other young women, it seems crazy (even for Greta) to go to the lengths she did for Frances, leading to several situations which could have ended her obsession prematurely. It’s wildly careless and doesn’t seem in line with the meticulous older hermit.

The terror that comes from stalker thrillers is how the predator creeps into every crevice in your life, and Greta achieves this somewhat, and frequently in a haphazard manner. This becomes even campy at parts, especially in the scenes where she takes images of Erica in public settings without getting caught. It suddenly moves the movie into slasher-villain-teleporting territory.

Another area of contention is Frances’s captive period. It’s not exactly played out very well because the period feels brief if undeterminable. This kills off the audience investment as there’s no real time frame and there are gaps unaccounted for. And when the larger-framed Frances visually seems like she can overpower the older lady anytime she wants, even with the drug-induced circumstances, it is hard to believe she chooses to huddle in a corner or trembles like an adolescent. The missed opportunities are just quite hard to swallow.

While Moretz struggled, Huppert seemed to thoroughly enjoy her role as the psychotic villain. This gives the film some of the more memorable (if unintendedly funny) moments, with her delivering her mental prognosis on our poor Frances, or spouting prose while prancing around with a syringe. Her scenes of discipline are especially chilling and disturbing, as is her method of punishment.

Through all the drama, Greta keeps itself in mediocrity largely because it doesn’t draw us in with any real back story. Frances’s loss of her mother and Greta’s own failure as a parent is outlined just barely, with some wistful looks at old photographs. And Erica and Frances’s estranged father are peripheral satellites that don’t do much beyond expressing what the audience wants to say.

Jordan may have some good tricks up his sleeves with clever turns in the second half of the film, but it’s not enough to make this into a harrowing journey.

(Crazy gets a little campy, but Huppert’s performance and some inventive twists keep this watchable) 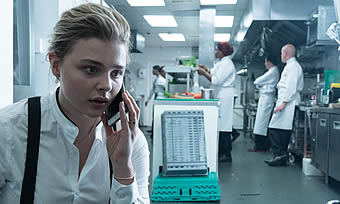 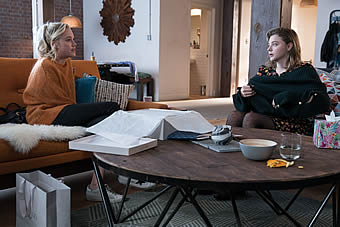 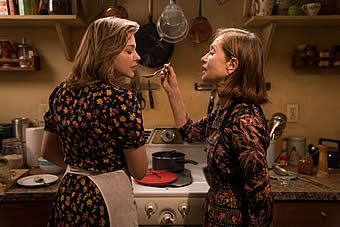 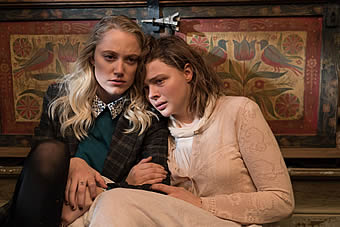 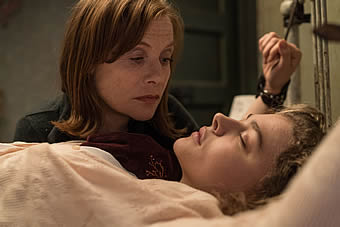 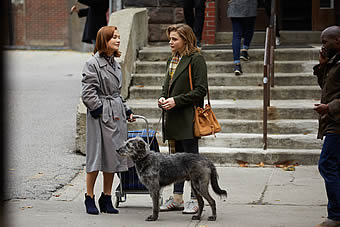