Synopsis: With her long, black hair and gloomy appearance, Sawako Kuronuma's (Mikako Tabe), classmates made sure they stayed as far away from her as they can and nicknamed her "Sadako" (a character from the horror film "Ring"). Sawako's life begins to change, however, when she started high > school and ended up in the same class as Shota Kazehaya (Haruma Miura), an open and friendly student, idolized by everyone. From Me To You, also known as Kimi ni Todoke, is based on Karuho Shiina's hugely popular shojo manga (girls' comic)...

There is a very specific demographic that ‘Kimi ni Todoke', adapted from the shōjo manga of the same name, appeals to- and unless you fit right in there, you’re not likely to enjoy this romance, as we found out just 15 minutes into the film. Centred on the unlikely high-school love story between the popular Kazehaya and the socially awkward Sawako, it unfolds at an almost glacial pace, made even more unbearable by how plainly evident its ending is.

Indeed, it is clear right from the start that the two leads will eventually get together, so all that matters is the journey to that familiar destination. Unfortunately, this journey, which clocks in at slightly more than two hours, is as ponderous as it gets. Working off his own screenplay co-written by Rika Nezu, director Naoto Kumazawa is intent on milking tears from every possible scene in the film, so get ready for some major waterworks like you’re never seen before.

Yes, if one could win an Oscar just for the amount of times you could shed tears onscreen, then Mikako Tabe would probably win the award hands down. As Sawako, she cries when she decides to abandon her two close friends so she won’t affect their reputation in school. Then she cries again when her friends reaffirm that they are better than to let some rumours get in the way of their friendship. And she does it again when she finds out another girl in school likes Kazehaya, and yet again when she rebuffs him after he asks her out. Tabe does an excellent job looking sad and heartbroken, but boy oh boy does it get ingratiating when you have to see her tear every few minutes.

It doesn’t help that despite Tabe’s best efforts, Sawako is not an easily likeable character. At the start, Sawako earns sympathy for being the loner in the class that everyone else ignores or otherwise picks on. But this goodwill is put to the test as the movie plods on, especially since Sawako proves not only to be daft, but also annoyingly ignorant. It is with disbelief that we greet a scene where Sawako so easily buys into love rival Kurumi’s insinuation that her liking for Kazehaya is no different from her liking for another fellow classmate. And it is with greater disbelief and even derision that we react to the numerous scenes where Sawako is so dumb to the obvious hints that Kazehaya fancies her.

The absurdity of it all is unfortunate, for the first of the three acts in the movie actually sets it up quite nicely. Here, with some narration from Sawako herself, we learn how her long black hair and generally gloomy appearance had led her classmates to give her the name ‘Sadako’ after the ghost in the infamous horror ‘The Ring’, as well as how Kazehaya comes to become her first true friend in school. There is a generous dose of humour and playfulness that is sadly lost in the latter two acts, which are content to be melodramatic and lethargic.

Of course, the ‘woes’ that Sawako face could mean something for teenage girls, who can identify with the feeling of liking someone so much but never mustering enough courage to confess one’s feelings. Ditto for the intended romance between Sawako and Kazehaya, which again could definitely be moving and affecting for some. But it’s one thing to be young and innocent and quite another to be young and ignorant- and because our protagonist seems to be the latter than the former, this adolescent love story remains strictly for adolescent females only.

(A juvenile love story that is as juvenile as it gets) 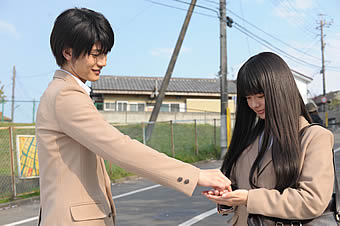 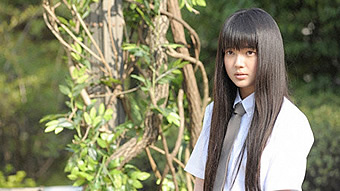 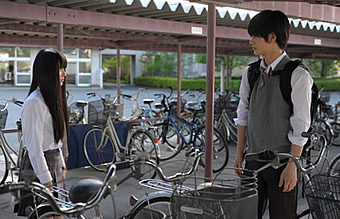 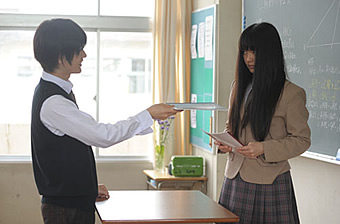 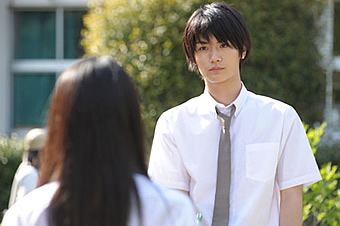