Synopsis: In the much anticipated remake of the 1981 cult-hit horror film, five twenty-something friends become holed up in a remote cabin. When they discover a Book of the Dead, they unwittingly summon up dormant demons living in the nearby woods, which possess the youngsters in succession until only one is left intact to fight for survival.

Those who lapped up Joss Whedon’s delightfully meta ‘The Cabin in the Woods’ will know that Sam Raimi’s 1981 groundbreaking ‘Evil Dead’ was that classic which gave birth to the titular premise. And in working from a script he co-wrote with Rodo Sayagues, first-time feature filmmaker Fede Alvarez retains that setup – five friends visit a secluded cabin where all hell breaks loose when one of them accidentally unleashes a demon by reading from an ancient book bound in human flesh and tied with barbed wire (also known to fans as the Necronomicon).

To be sure, the original never did have much of a plot beyond that; rather, as the demon went from human to human, pitting one against another, Raimi filled his movie with some macabre geek-speak humour, improvised gross-out effects (there wasn’t much of a budget to speak of in the first place) and some never-before-seen terrifying scenes to leave an indelible impression on its early-1980s audience. At least then, this remake attempts to give some purpose by establishing one of them, Mia (Jane Levy), as a drug addict trying to kick the habit cold turkey and the others (Shiloh Fernandez, Jessica Lucas, Lou Taylor Pucci, and Elizabeth Blackmore) there to lend support.

Unfolding at a breakneck pace, it isn’t long before – as genre conventions dictate – Mia becomes the first to be possessed by the demon. Fans will be happy to know that Alvarez adopts the same iconic camera movement as that in the original, using speeded-up motions to suggest a rampaging poltergeist racing and smashing its way through the surrounding forest. And oh, the infamous ‘tree rape’ scene is also reproduced here – though arguably, seeing it the second time round just doesn’t inspire the same shock and awe as it did before. Nonetheless, if the fact that Raimi, original collaborator Rob Tapert and star Bruce Campbell are on board this remake as producers isn’t quite reassuring enough, these scenes will no doubt convince fans that Alvarez isn’t here to mess with the original.

Yet there is little point in mirroring it too closely – after all, the likes of ‘Saw’ and ‘Hostel’ have all but made Raimi’s film seem tame by comparison. So as one would expect him to, Alvarez ups the ante by amplifying both the gore and the splatter. There is shooting, sawing, burning alive, nailing, mutilation, decapitation and dismemberment, all of which Alvarez stages with little apology and which we think everyone going into this movie should be well aware of just to be sure of what you will be in for. Amidst the flying blood and limbs, Alvarez also weaves in a steady stream of fan-friendly references, in particular the use of a chainsaw.

But even if it does succeed at terrorising you on a visceral level, it rarely entertains you in the same way as the original does. Key to that is the often dead-serious tone of this remake, managing only the occasional wisecrack few and too far in between to break up the monotony of stomach-churning moments. Only the demon seems to have kept his sense of humour intact, dishing with macabre glee such vulgar lines as ‘I will rape your soul in Hell!’ Unfortunately absent is the consistent sense of icky perverse fun that characterised the original, replaced by a one-note desire to pile on the shlock to petrify and disgust.

That is hardly enough to leave the same indelible impression with today’s audiences as the original did back then – face it, there’s only so much the filmmakers can push the limits of modern-day horror without crossing into torture porn and getting barred from general release. Perhaps in recognition of that, Alvaraz wisely makes sure that his version walks the fine line between tribute and update – and if anything, this is one remake made with care for fans of the original. But yet again, there is often little point in revisiting a classic for the sake of doing so, and this remake offers little compelling reason in itself to be seen by those already familiar with its predecessor.

Still, if measured using the barometer of recent horror remakes, this one stands tall amongst the rest for being not just reverent, but also at the very least, competent. It just is, as we said earlier, unnecessary. Watch it if you’re interested, and don’t watch it if you’re not – either way, you’re not missing out on anything much.

(Ups the gore but loses the humour – this remake is reverent enough to Sam Raimi’s 1981 original to please fans, but never offers a compelling enough reason to be seen) 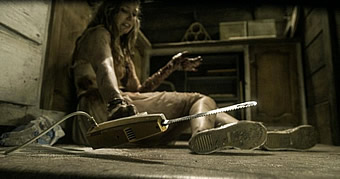 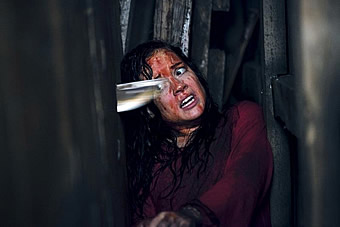 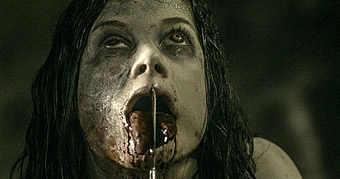 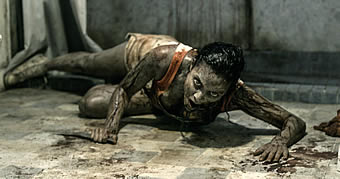 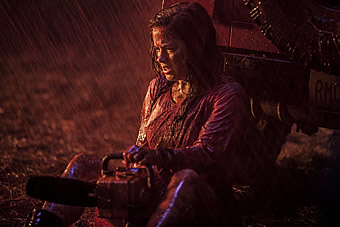 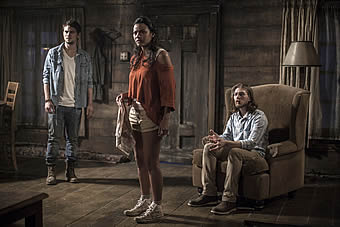