Synopsis: Partially filmed in Singapore, EQUALS tells the story of SILAS (Hoult) who lives in a future society called The Collective. The inhabitants of this modern world are a new breed of humans called Equals. Equals are peaceful, calm, fair, and polite and life in The Collective is perfect; there is no greed, no poverty, no violence, and no emotion. But a new disease is threatening everyone: SOS, or Switched-On-Syndrome, is activating in its victims everything they thought they’d escaped: depression, sensitivity, fear, love but once a person is overtaken with SOS, they are sent away to The Den, and never seen again. When Silas is infected, he becomes an outcast, but he notices one person who seems to understand what he’s going through. NIA(Stewart) has feelings, but she seems to be able to hide them. When he confronts her, they discover a connection that quickly takes over everything. They feel love and intimacy for the first time in their lives but the only way for them to insure their survival is to escape.

We are going to be upfront and point our fingers at Kristen Stewart - this reviewer isn’t the biggest fan of The Twilight Saga film series (2008-2012) where the 26 year old actress played the lovelorn Bella Swan. Blame it on the genre of this love story between a vampire and a human, but this writer can’t think of any reason why anyone would be enthralled watching Stewart and a very pale Robert Pattinson staring into each other’s eyes to portray is supposed to be interpreted as romance.

For the record, this columnist fell asleep watching in the franchise’s second instalment The Twilight Saga: New Moon (2009), and whether he caught any of the three movies that follow remains a blur. Watching Stewart in this Drake Doremus directed film set in a futuristic dystopian society just brings back all the dreary memories of the rising star’s sluggish portrayal of Bella Swan.

Human emotions are non existent in this society, and everyone lives in peace. A new disease that infects people with the ability of compassion and love starts to spread, and things change for the film’s protagonists Silas and Nia. He becomes an outcast, and she tries to hide her condition. The two fall in love (but of course) and she becomes pregnant (oh, the drama!). They realise that in order to survive, they have to escape from the sanitised world they have been living in.

Nicholas Hoult takes a break from putting on blue fur (he’s better known commercially as Beast in the X Men movies) to be involved in this independent production. The 26 year old English actor does fine as Silas, a good looking young man who is still single only because of the weird society he lives in. Stewart, on the other hand, has it easy by emoting the less than likeable vibes (viewers will realise she is merely playing Bella Swan dressed in boring white outfits).

The two are joined by capable supporting actors Guy Pearce (Prometheus, Iron Man 3) and Jacki Weaver (Silver Lining Playbook, Magic in the Moonlight) who take on roles of older, wiser (but of course) inhabitants of the dystopian society.

The man behind the film’s screenplay is Nathan Parker, who gave us the very brilliant Moon (2009) starring only Sam Rockwell and Kevin Spacey’s voice. The concept here works well on paper, but there is really nothing much else to enjoy and reflect. True, the scenes are all very well shot, with its hypnotic neon filters and intimate close up shots of the stars - but it fails to engage. By the time you realise this 101 minute movie is somewhat of a Romeo & Juliet kind of tale, there isn’t much you are looking forward to in terms of story development.

If you aren't already aware, the film features many Singaporean landmarks. You get to see familiar spots like Henderson Waves, Marina Barrage, one north MRT station and Reflections at Keppel Bay condominium. Is this a reference to how clinical the Lion City can get? That seems to be a more interesting topic for discussion, definitely more so than Stewart’s soulless performance.

(If it is the intention of the filmmakers to strip viewers of emotions while watching this prettily shot movie set in the futuristic dystopian society, then yay - their objectives are met) 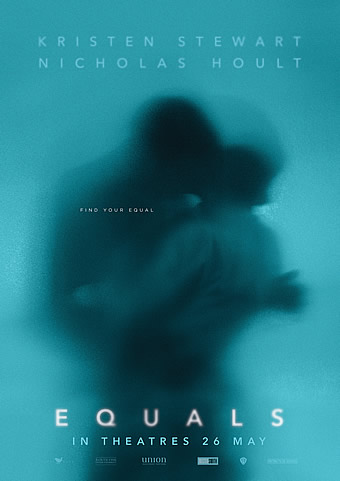 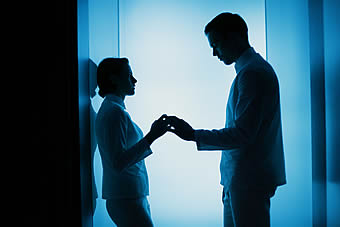 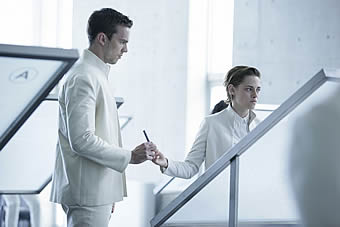 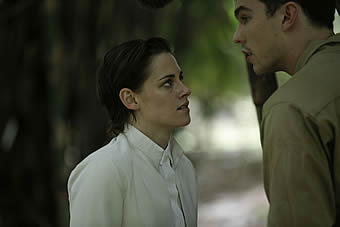 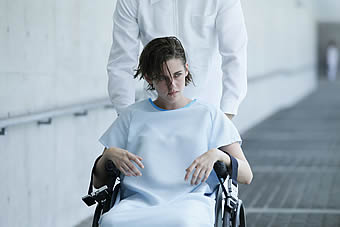 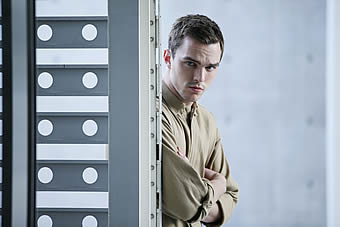