Synopsis: "Drive Angry" stars Nicolas Cage as Milton, a hardened felon who has broken out for one last chance at redemption. Hell bent on stopping a vicious cult of fanatics who murdered his daughter, he has three days to stop them before they sacrifice his infant granddaughter beneath a full moon. Milton must use his anger to go beyond all human limits in order to save his last connection with humanity.

He's joined by Piper, a young sexy-smart waitress who liberates her ex-boyfriend's cherry red muscle car in order to help Milton. Now, the two of them are hot on the trail of the charismatic Jonah King and his murderous followers. King will throw every one of them faithful under the wheels of Milton's turbo-charged Black '71 Challenger, to fulfill hist destiny and unleash hell on earth.

But the bloodthirsty cult is the least of Milton's problems. The police are after him, too. And worse. An enigmatic killer known only as "The Accountant." The Accountant knows what Milton is trying to and and simply doesn't care. With wicked cunning and hypnotic savagery, the Accountant will relentlessly pursue Milton at high speed across the forgotten back roads of the American south.

Fueled by high octane and pure rage, Milton and Piper must battle the onslaught of King's disciples, avenge his murdered daughter, and save his granddaughter before his last chance at redemption is revoked.

If imitation is the best form of flattery, then “Drive Angry 3D”- with its sex, gratuitious nudity, over-the-top action, gore and violence- is the perfect form of flattery to the ‘70s exploitation films. Whereas Robert Rodriguez and Quentin Tarantino’s tribute was the decidedly self-conscious “Grindhouse”, Patrick Lussier’s homage has no more than the intention to remind audiences of the visceral pleasures to be had in something crass, crude and low-brow.

Indeed, how else would you describe a film whose best sequence is one where its lead character, a certain John Milton (think the 17th century poem “Paradise Lost”), guns down a dozen heavily-armed Satanist-cult men in a hotel room, while doing a girl (NYPD Blue’s Charlotte Ross) and taking slugs from a bottle of whiskey? Yes, that’s the kind of unabashed fun Lussier isn’t afraid to have, and the kind of delirium that he invites his audience to join him in on this wild rollicking journey.

The vehicle of choice is a ’69 Dodge Charger, driven by a sexy, tough-as-nails waitress (Amber Heard) whose very short shorts you won’t be able to take your eyes of. Just so you know not to mess with her, Heard is seen barely minutes into the film fist-fighting with a fully naked woman whom she caught her boyfriend in bed with. Milton enlists her help to pursue a Satanic cult leader (Billy Burke from the “Twilight” series) responsible for the murder of his daughter and the kidnap of his granddaughter.

But Milton isn’t any ordinary vigilante- he’s escaped from hell to seek vengeance, and Satan’s henchman, simply known as the Accountant (William Fitchner), is hot on Milton’s trail, determined to return him to the depths of hell. Lussier, who co-wrote the script with Todd Farmer, fills the characters with snappy dialogue but largely his narrative is about as straightforward as a highway.

Of course, plot is hardly the point in a movie like this, and Lussier shows he is fully aware with every bullet, car, body, car part and body part he hurls at his audience. Gimmicky though it definitely is, there’s no denying that- like his earlier “My Bloody Valentine 3D”- Lussier knows how to take good advantage of the additional dimension to bring the action to you. Lussier shot the entire movie in 3D- none of that lousy post-production business- and his commitment to gleeful subversion means that this is probably the most R-rated fun you will have in a 3D movie this year.

That same spirit is embodied in the performances of all his actors. Say what you may about Cage’s films, but the actor’s dedication to solemnity in the face of the film’s trashy grindhouse formula is truly admirable. He makes his character work, just as Heard pulls off her no-nonsense character with gumption and gusto. The standout however is Fitchner, the actor delivering his lines with a deliciously dry wit that easily steals almost every scene he is in. Audiences may also recognise David Morse, who plays one of the Accountant’s old earthly cronies.

Every one of the cast knows how to have a good time, and the result is a movie whose sheer insouciance and cheerful abandon is simply infectious to watch. Granted that it won’t be for anyone, but if epic shootouts, knuckle-to-knuckle brawls, bare breasts and muscle cars sounds like your idea of fun at the cinemas, then get a 3D ticket and hop on for a fast, fun and furious journey that will have your heart pounding and your blood racing.

(This is unabashed grindhouse formula executed in the best way possible, so expect a non-stop rollicking ride with boobs, bullets and muscle cars from start to finish) 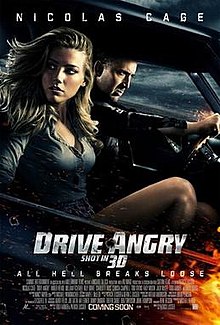 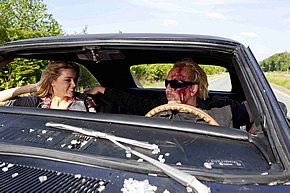 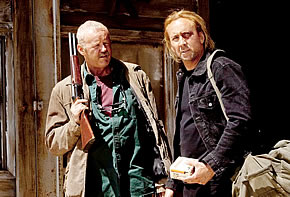 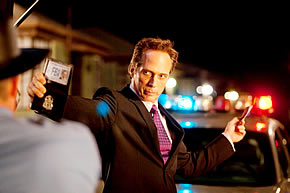 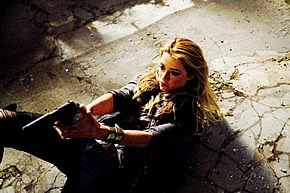