Synopsis: Ah-Tai (Alan Kuo) was born and raised in one of Taichung’s most notable Din-Tao troupes. His father (Chen Bo Zheng) had deemed him a good-for-nothing since his childhood days. Ah-Tai’s rebellious streak had strained their father-son relationship as such. With a stroke of chance, Ah-Tai is unintentionally appointed the leader of the troupe. This resulted in suspicions and distrust arising from both troupe members and the rival troupe led by Ah-Xian (Alien Huang). Ah-Tai decides to prove his worth by embarking on a performance journey across Taiwan with his young troupe members. This coming-of-age tale hopes to ignite the waning interests of Din Tao traditions through one man’s vision and the value of family bonds.

And you thought that Hong Kong movies were the only victims of our local system of dubbing non Mandarin film. The latest production to be lost in translation is this Taiwanese film about Din Tao, a traditional ritual performed to express appreciation towards deities at religious festivals. Veteran and award winning Taiwanese television director Fung Kai tries his hand at helming a feature film, at the same time attempting to educate and interest viewers of this age old tradition.

The story is anything but original: A wayward son of a Din Tao troupe leaves his hometown to study music overseas – simply because he does not believe in tradition. He returns a failed musician, and as the screenwriters would have it, he has to take over the troupe to uphold the group’s reputation. Can he prove his self worth at the end of the day (or to put things in context, the end of the film’s 123 minute runtime)? You bet!

Kuo tries his best to play the modernised son who is always at loggerheads with his old fashioned father, but it is evident there is still some work to be done before he can command adequate screen presence. His rugged look serves him well though, and we are guessing it won’t be long before he gets his leading man status. Meanwhile, Huang has the misfortune of landing himself with a rather unlikable role. Coupled with limited screen time, all we remember is him shouting and wailing at the good guys.

The supporting characters, on the other hand, are a memorable bunch. Be it the loud and brash girl who eventually falls for the protagonist, the autistic son boy finds his worth in the troupe, the hunky but effeminate member of the troupe, or the quietly supportive mother, they manage to colour the movie with memorable moments.

As with many other Taiwanese productions, this one is unabashedly sappy. Expect melodramatic showdowns, overlong but predictable plot developments, sappy emotional sequences – all thankfully shot with commendable production values. Fans of the Taiwan entertainment industry will also spot familiar faces like Li Liren, Matilda Tao and Fang Wen Lin.

Oh, did we mention our main gripe with this movie? It’s almost entirely dubbed in Mandarin, which does nothing but make the movie lose its flavour. While we watch the characters go about trying to preserve their culture by overcoming one obstacle after another, while we hear the performers perform drums, acrobatics and dances for the contemporary crowd, and while we are fed with lessons on morals and manhood, we are constantly bugged by the Mandarin dubbing. For that, the local version of this feel good movie gets half a star less than it should. 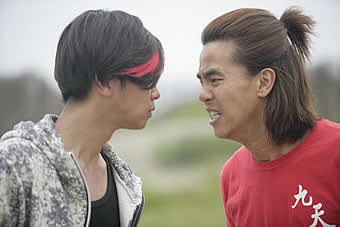 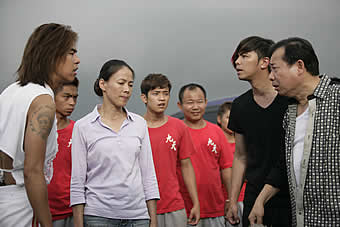 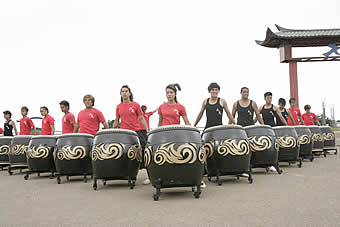 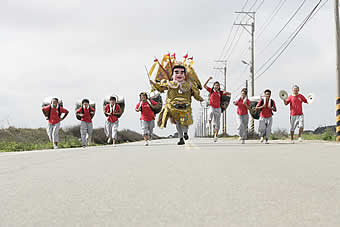 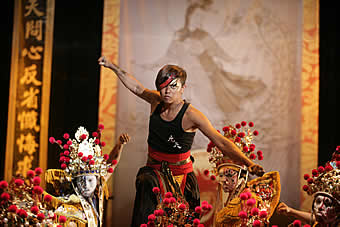 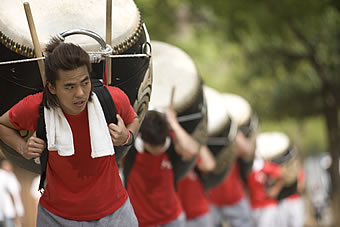