Synopsis: Yo-yu is a nine-year-old orphan who lives with his grandma and Mr. LIN, the tenant in their rooftop flat. LIN looks after Yo-yu and tends to the daily needs of Grandma, who suffers from late-stage diabetes. In everyone’s eyes, LIN is a kindhearted gentleman. But when Grandma passes away, everything changes. Yo-yu’s uncle, Li-gang, returns to Taiwan only to discover that ownership of Grandma’s apartment was transferred to Yo-yu, who has been legally adopted by LIN. In other words, the property is now effectively under LIN’s control. Li-gang contacts the police with his suspicions. An autopsy finds narcotics in Grandma’s system at the time of her death, prompting an investigation that reveals a very different side to LIN. Police recover a deleted gay sex app on LIN’s cell phone, and one of his hookups turns out to be a drug dealer. Just as he is about to be arrested for Grandma’s murder, LIN takes Yo-yu and flees deep into the mountains…

Taiwan is known for its progressive LGBT rights. Both male and female same sex activity are legal and in a historical moment, same sex marriage was legalised on 24 May 2019. With that, many films depicting LGBT themes have emerged, and the topics explored are often poignant and relevant. While these are not mainstream titles we get to watch in Singapore, we are heartened to see some of them (usually the award winning ones) screened in local theatres. This film from Cheng Yu Chieh is a nice welcome to the slate of Asian films we have been getting on our big screens.

The story’s protagonist is Lin, a gay man who is selflessly caring for his dead lover’s elderly mother and young son born by his ex wife. He cooks meals, attends to the diabetic lady’s wounds and medication and brings the boy to school. This is an individual who isn’t directly related to the family (he is the titular tenant of the apartment), but is unconditionally attending to a grumpy woman who is resenting Lin for the death of her son, and a boy who isn’t exactly clear about the relationship between his deceased father and Lin.

The 106 minute drama isn’t exactly the happiest film you’d see this year. It is a slow burner, and here is much despair and sorrow. Lin still faces prejudice from a misunderstanding society, and he takes it all. Granted, he isn’t a saint (we see him meeting a drug peddler for sex through a dating app, which ultimately results in a tragedy), but the story paints him as a character who is often at the receiving end of things, and he is going through a great deal of pain.

Furthermore, Lin is portrayed by Mo Tzu Yi (whom you may remember from Wee Li Lin’s 2010 movie Forever also starring Joanna Dong), who delivers a quiet but powerful performance as a long suffering gay man facing discrimination from people around him. Veteran actress Chen Shu Fang plays the old woman, and aces the role with her limited screen time. The character’s initial angst slowly turns to acceptance and forgiveness, and Chen commands the screen in every scene she’s in. The two of them deservingly received the Best Actor and Best Supporting Actress at the recent Golden Horse Awards. Mo was also recognised in the same category at the Taipei Film Festival.

Lin is a piano teacher, which gives the film an opportunity to move viewers with many minimal but touching piano scores. They all hit the right emotions - the main theme will stay in your head as the film ends with a version sung by the boy played by Bai Run Yin. Fran, the movie’s composer, took home the prize for Best Original Film Score at the Golden Horse Awards.

The movie takes its time to tell its story, and there are several flashbacks which may tire the impatient viewer. There is also a plot twist which isn’t surprising, but heartbreaking to see it happening on screen. Our advice: settle yourself down before watching this tenderly melancholic film about love in a non traditional setting. 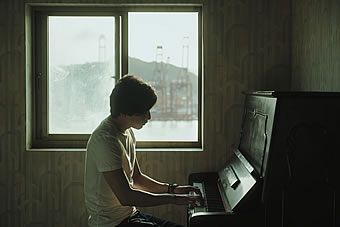 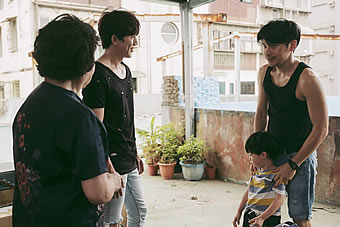 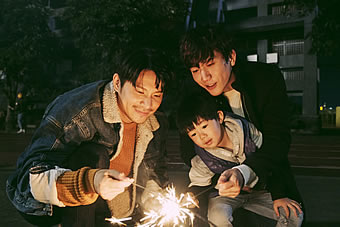 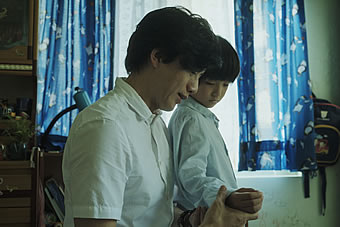