Synopsis: Siblings Addison (Eric Bana) and Liza (Olivia Wilde) are on the run with the stolen cash from a casino heist gone wrong. Meanwhile, troubled ex-boxer Jay (Charlie Hunnam) heads for a Thanksgiving homecoming with his parents, June (Sissy Spacek) and retired sheriff Chet (Kris Kristofferson). What will happen when their worlds collide in a twist of fate.

When a filmmaker behaves like a mad scientist and splices together the DNA of a cheap slasher film and a lovely-dovey drama, the result can be unpredictable. Will it be, as the combination so rightfully is, spellbinding or, as the idea so clearly sounds, repulsively weird? Deadfall answers this in the worst possible manner, proving that director Stefan Ruzowitzky is tragically out of his depth when it comes to bringing the best out of each genre and tying the loose ends into a tonally coherent movie. Not without its own (few) guilty pleasures, Deadfall isn’t the worst movie of the still-new year, and probably won’t be the biggest flop, but it may be the most unnecessary waste of everyone’s time.

It’s a shame because Deadfall has one of the highest star wattages for a Video on Demand movie (yes, it was released straight to set-top boxes in the US). Eric Bana – who you might recall as the star of Ang Lee’s ill-fated Hulk in 2003 – leads the charge as Addison, one half of a sibling pair which also includes Liza, played here by the beautiful Olivia Wilde. After their getaway car in a casino heist inadvertently overturns, Addison splits the loot and sends his sister off into the biting winter cold for reasons unknown. That’s actually as succinct a summary of Deadfall as you could ever hope to ask for, with the premise being so atypically elementary that you’re expected to believe without question that they will meet at some point later in the movie.

Promising his sister that he will call her once he crosses the border into Canada – roughly translated as telling her that he’s abandoning her – Addison truly comes into the league of an awful human being when he assails an innocent folk for his snowmobile and plunges police officers into death with a shotgun. Gritty and gruesome, Deadfall is at its most exciting when it’s shot through with the crimson palette so gleefully supplied by Addison’s psychopathic tendencies. Yet this cannot mask the listlessness of the movie’s direction. There’s a scene in which Addison sets the sights of his rifle on a mother and her helpless baby in the middle of a domestic dispute, only to decide that he needs to shoot the abusive stepfather. It presents a moral conundrum for Addison, but his motivations are never considered, much less explored further in any sort of serious way.

Perhaps it’s because Deadfall is divided so decisively into two very different threads concerning two very different individuals that the need to understand either Addison or Liza becomes lost in the frantic battle for storyline supremacy. And if that’s the case, then Liza’s sappy drama part will leave none feeling interested. Picked up by another fugitive after being left to freeze in the open by her brother, Liza is one part pitiful and ten parts slutty, beguiling her rescuer into having sex with her at a motel before trying to perform the same obnoxious trick on another driver the next day. It’s almost shocking that Wilde doesn’t know the worthiness of a movie better, giving unsuspecting viewers the first glimpse of her private part. Apart from the small bit of information about her childhood that you can take from the scant dialogue, there’s really nothing to suggest why Liza is the way she is.

Which brings me to the greatest challenge in watching Deadfall. The siblings are caricatured as single-minded robots, neither a genuine joy to watch as they – without the benefit of any proper catalyst for their actions – do things that make little sense. Sitting through the movie, there was a constant, if dim light of hope inside me that wanted to see how Ruzowitzky would wrap up a movie so contrasted in tone. If there’s any comfort in knowing, he does find a way to deliver a decent conclusion, but still Deadfall feels short of being convincing. As the entire cast sits around the dinner table for a Thanksgiving meal blighted by the catastrophic circumstances yet to come in the last scene, you can’t help but question if any of the characters might have even met each other before.

(Splicing together the DNA of a cheap slasher film and lovely-dovey drama, Deadfall is a repulsively weird movie that fails to come together) 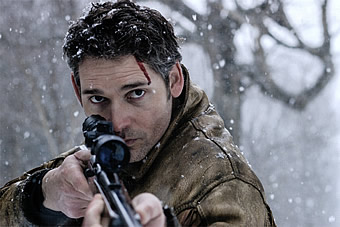 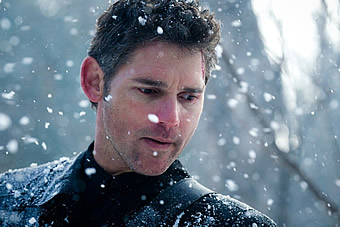 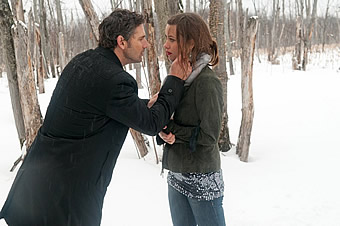 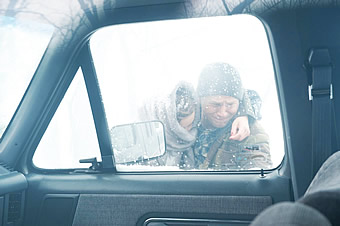 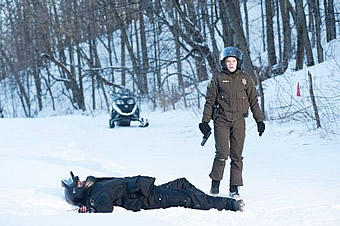 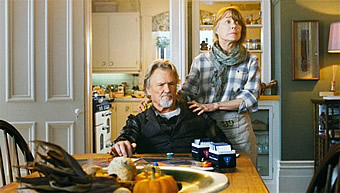 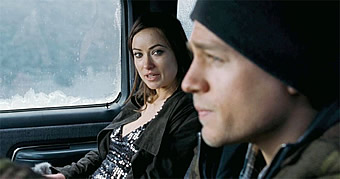