Synopsis:  "Code Name Geronimo" is based on the military incursion into Bin Laden's compound from the perspective of a small contingent of Navy SEALS. The film takes a look inside their lives as tensions rise between them until they learn the identity of their latest target, whose code name is Geronimo.

Shamelessly cashing in on the assassination of the world’s most wanted terrorist Osama bin Laden is this made-for-TV movie ‘Code Name Geronimo’, which was in fact named ‘Seal Team Six: The Hunt for Osama bin Laden’ when it was first telecast in the United States on the National Geographic Channel no less. Don’t be fooled that it therefore must be credible though; rather, director John Stockwell and writer Kempall Lemkin have just taken the barest of truths to hatch a tired and tedious piece of docu-drama that does neither the event nor the heroes whom made it happen justice.

The film begins ten years back in Guantanamo Bay, where an unnamed prisoner is threatened to have his skin peeled back by the Saudis unless he gives up the name of Osama’s courier. So he does, and in present-day Pakistan two local CIA operatives have apparently tracked him down to a compound in Abbottabad where he is suspected to be holed up with Osama himself. The operatives set up surveillance in a building opposite, where they convey intel back to Langley to decide on the next course of action.

That debate is the second perspective from which the story unfolds, where a female analyst Vivian Hollins (Kathleen Robertson) is fighting to convince her immediate supervisor (William Fitchner) to authorise a raid on the compound with the firm belief that Osama is in there. Her adversary in that regard is a smart-alecky tech-wiz Christian (Eddie Kaye Thomas), who pooh-poohs her hunch until some photographic evidence late into the film convinces him otherwise.

In the meantime, an elite Seal Team is mobilised to get ready for the impending operation. No thanks to some terrible character development, little is known about their individual personalities – be it their team leader Stunner (Cam Gigadnet) or fellow members Cherry (Anson Mount), Trench (Freddy Rodriguez) and Mule (Xzibit). What passes for story is that they each have families they miss back home, and Stunner’s wife is cheating with Stunner because the former has been too emotionally distant.

If that doesn’t make for very gripping storytelling, it is already the best that this lame movie can offer. All we get from Hollins’ side of the story is some juvenile bickering whether or not the intel they have is solid and whether or not to act on it – frankly, we sympathise neither with Hollins because we see none of that so-called intel, nor with Christian because all he comes across is whiny, egotistic and downright infantile. It is thus laughable when Hollins insists on getting on the phone with Defense Secretary Leon Panetta, since we see no reason why he should buy her story.

Neither does the perspective of the two Pakistani CIA operatives make for gripping viewing. More than half the time, we see them in a jeep tailing someone who’s just left the compound – but not only can we tell that they are definitely following their target too closely, it just makes little sense when we can see that they have the backup of Langley from satellite cameras that can see everything on the ground. Worse still, the dialogue given to actors Rajesh Shringarpore and Maninder Singh (both of whom are uncredited) is appalling,  and not something we’d expect from any intelligent intelligence officer at all.

If all that buildup is naught, then the climax is equally forgettable. Alternately between first-person footage from the head cameras of the SEAL team and third-person footage, the raid is shot with little suspense or excitement. We see not the precision of the SEALs, nor their heroics going deep into enemy territory; instead, most of what we get are shots of them rescuing the women and children in the compound – however politically correct that must be.

In the end, Stockwell’s film fails whether as a dramatization of the events leading up to the assassination of Osama or a factual recount of the research, planning and execution that must have taken place – simply because it is neither accurate nor compelling to qualify as a docu-drama. Though it was accused as being pro-Obama propaganda due to the timing of its airing (i.e. just two days before the election), the references to Obama in the form of his official announcement is kept right at the back; instead, it has no more ambition than to be the first out of the gate (before what we are sure is Kathryn Bigelow’s superior ‘Zero Dark Thirty’) to capitalise on intense public interest on the subject. Our advice? Wait for Bigelow’s movie; this one is a plain misfire.

(Neither insightful enough as a documentary nor compelling enough as a dramatization, this poorly conceived story of the raid that led to Osama’s death is boring and tedious) 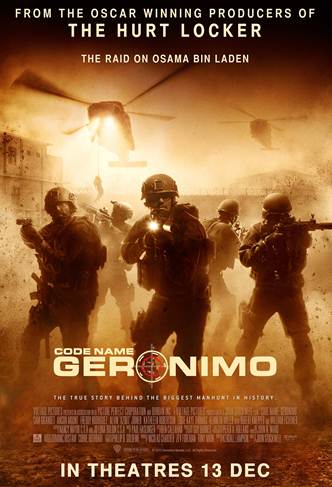 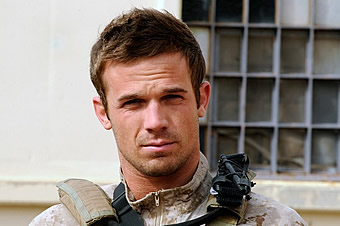 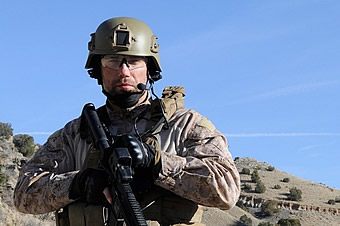 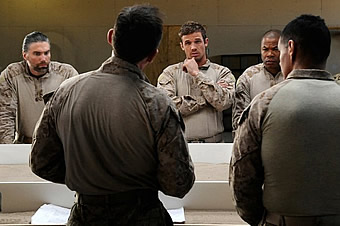 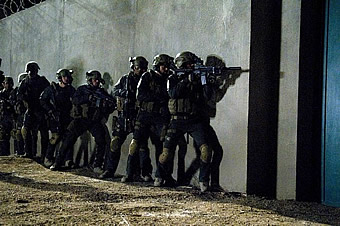