Synopsis: Deep in the forests of the Pacific Northwest, isolated from society, a devoted father (Viggo Mortensen) dedicates his life to transforming his six young children into extraordinary adults. But when a tragedy strikes the family, they are forced to leave this self-created paradise and begin a journey into the outside world that challenges his idea of what it means to be a parent and brings into question everything he's taught them.

Despite the sore omission of anything that resembles a love life, this reviewer still wishes that he gets to be a father someday. He believes he has seen enough movies, TV shows and real life dramas to know what it takes to be a cool Dad. But hey, nothing beats being personally in the situation to know what it is like, right? The latest lesson he is getting from a fictional Daddy is Viggo Mortenen’s Ben Cash in Matt Ross’s endearing film.

Ben is a father of six kids (the first thing that comes to a Singapore cynic’s mind is: good luck with the cost of raising all six of them, dude), and he is raising them in the forests of Pacific Northwest, where the air is fresher, and you get really, really close to Mother Nature. Where’s the Mum, you ask? She is in an institution somewhere for treatment of bipolar disorder.

When Ben receives news that the children’s mother has killed herself, he embarks on a journey to bring them to attend her funeral, despite his father in law’s disapproval. A road trip ensues, and Ben has to deal with issues of how his children are facing “real life” problems – one gets injured, one wants to attend college, and one disagrees with his method of upbringing. Where will this lead Ben and his outlook in life?

A fresh breather from sequels, reboots and adaptations that are flooding the summer box office market, this lovely story needs to be experienced by anyone who wants to feel alive. It’s about how a man who attempts to reintegrate into society after living in isolation for a long time – aren’t there moments where you suddenly realise you’ve been in the daily grind too long, and have forgotten what it was like to have ideals and hopes for a life you can truly call your own? Is the mass society the accepted norm? How often can unique personalities come to terms with expectations and obligations? How much can one’s mind take before it crumbles? These are questions you may be pondering over after watching this 119 minute film.

Do not be mistaken though, that this is a gloomy life reflecting production that looks at life in a run of the mill manner. There are countless charmingly poignant moments – the kids experiencing a fast food meal, Ben celebrating Noam Chomsky’s birthday like it’s Christmas, and the family breaking into a folk tune to celebrate life. Onlookers are intrigued by these eccentric behaviours and this writer is assuming that there is a part of these “normal” people that wishes to be as truly happy as Ben’s family.

Understandably so, the film is adored by the festival circuit. It made its world premiere earlier in January at the Sundance Film Festival, before moving on to be screened in Un Certain Regard at the Cannes Film Festival. Ross was awarded with the Best Director prize – and rightfully so.

Besides writing the story, he has a cast which delivers genuinely affecting performances (besides Mortensen, other familiar faces include Frank Langella, Steve Zahn and Missi Pyle). Most importantly, Ross knows how to draw out the best from the child actors. Each has a unique character which you will feel for, and you wish you were part of this hippie family – having Ben as a Dad isn’t that bad a thing at all. 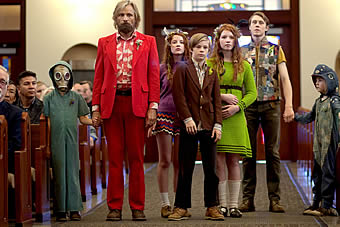 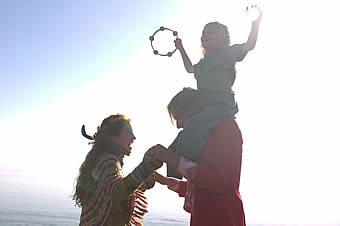 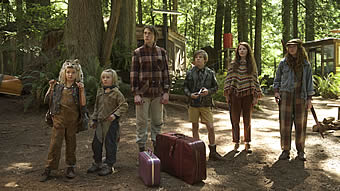 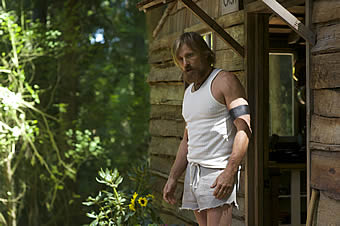 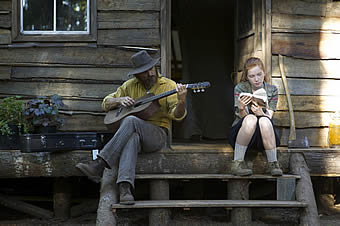 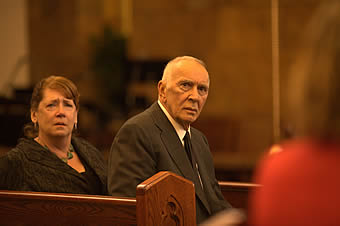