Synopsis: Three prisoners who did not know each other at first, plan a prison break together. One uses his architectural knowledge to plan an escape using the building structural plans; another uses his pick-pocketing skills to obtain whatever tools they need; and the third uses his influence within the prison in order to cover up their escape route. In the night of the Mid-Autumn Festival, which is their planned date of escape, they must not let the warden discover their tracks, but they also have to go against Scar, another powerful prisoner who is set to jeopardize their plan.

As tempting as it may be to compare this latest prison-set Hong Kong film with classics such as ‘Prison On Fire’ and its sequel, you’d be better off dialling down your expectations if you intend to catch ‘Breakout Brothers’. It is hardly a classic, and without the sheer star power of Louis Koo, Kevin Cheng and Raymond Lam, probably at best a poorer cousin to last year’s cheesy but still watchable ‘P Storm’.

Not that the trio of Patrick Tam, Louis Cheung and Adam Pak do not try their best, but this sophomore film from director Mak Ho-pong is ultimately let down by its weak production and flimsy plotting. Arguably, the former is a consequence of the budget which Mak had to work with, which the opening shots would establish, is probably as lean as it gets; that said, the latter, by co-writers Edmond Wong (son of Mandarin Films’ owner Raymond Wong) and Hayley Fu, hardly justifies any bigger investment in the first place.

Like its title suggests, the basic storyline is about three prison buddies who hatch a plan to break out of prison during the annual Mid-Autumn Festival celebrations. Each has his own motivation – Cheung wants to donate his kidney to his ailing mother; Tam wants to be able to see his daughter, whom he has not heard from for the past 20 years, get married; and Pak was framed by his business partner for the crime he was charged with, who has bribed a sadistic fellow prisoner to give him hell behind bars.

Their plan is simplistic to the point of being laughable – crawl through the overhead ventilation shaft; disable the power to cut off the CCTVs; and use the manhole in one of the storage rooms to get outside the prison, where Cheung’s girlfriend would be waiting to pick them up. The possible complications? Few in fact – getting the mould of a single prison key so they can get into the woodwork workshop to climb up the ventilation shaft; and avoiding the suspicion of the stern prison warden (Kenny Wong) who wants nothing to go wrong in the three months before his long-awaited transfer.

If that doesn’t sound like very exciting stuff, that’s because it isn’t – and unfortunately, Mak stages the proceedings without much inspiration or persuasion. What tension there could be between the trio and Pak’s enemy hardly builds up to anything, not least because a one-on-one fight between Tam and the latter is wasted in close-ups, quick cuts and fade-outs. Even the warden’s foiling of their plan unfolds in such an unexciting way you’d wonder if Mak should have watched at least a couple more prison films before embarking on one of his own.

The saving grace is Tam, Cheung and to a lesser extent, Pak. Tam exudes roguish charm effortlessly, and though often relegated to supporting roles, proves he is more than capable as a leading man in his own right. Cheung shares the screen more or less equally with Tam, and lends humour and heart to an otherwise underwritten character. On the other hand, Pak seems at times uncertain how best to pitch his own performance, whether to come off aggrieved or despairing, but thankfully is often redeemed by his fellow actors.

Unless you’re just looking for some time to kill, there is probably little gratifying about ‘Breakout Brothers’; indeed, you’re better off revisiting Chow Yun Fat’s classic or even the trashy but certainly more enjoyable ‘P Storm’. Like we said, the only thing the movie has going for it is its cast as well as the bro-mantic chemistry between Tam and Cheung; otherwise, this is neither a thrilling heist film or a gritty prison drama, and is ultimately trapped in its own mediocrity.

(Patrick Tam and Louis Cheung make a enjoyable prison duo, but is unfortunately let down by a weak production and flimsy plotting in this all-too mediocre prison drama) 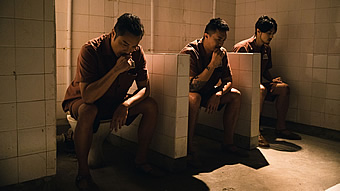 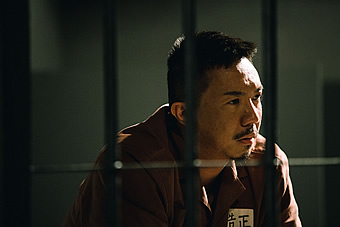 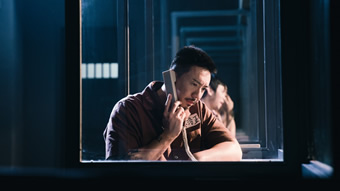 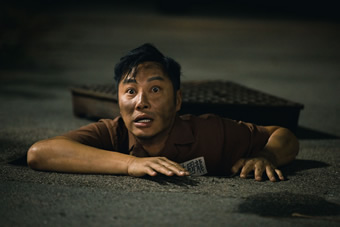