Synopsis: Black Sea centers on a rogue submarine captain (Jude Law) who, after being laid off from a salvage company, pulls together a misfit crew to go after a sunken treasure rumored to be lost in the depths of the Black Sea. As greed and desperation take control on board their claustrophobic vessel, the increasing uncertainty of the mission causes the men to turn on each other to fight for their own survival.

‘Black Sea’ takes the old-school pressure-cooking submarine thriller and gives it a modern-day twist. Headlined by Jude Law’s superannuated captain Robinson, it sees the marine salvage skipper and British navy veteran lead a ragtag team to retrieve sunken Nazi gold believed to be lost on the floor of the titular seabed. War isn’t the backdrop here; instead, the claustrophobic thriller in the tradition of ‘Das Boot’, ‘Crimson Tide’ and ‘U-571’ riffs on the current state of the global economy and its concomitant casualties like Robinson, who in the opening scene, has just been fired by his employer for the past decade.

Over pints at a pub, Robinson is approached by a friend about the Nazi U-boat laden with treasure; and when a mysterious wealthy backer offers to split 60 percent of the rumoured $40 million booty among him and his crew, Robinson sees it as an opportunity to redeem himself. With his contacts, Robinson quickly puts together a team of Brits and Russians and sets off for the sea floor off the coast of Georgia, albeit in a creaky Russian sub that looks like it was left over from the Cold War. Despite being dangerously near the Russian naval fleet, it isn’t a battle of sub versus sub that writer Dennis Kelly and director Kevin MacDonald rely on to work up the tension.

Instead, Kelly sets up a gradually accelerating chain of events – or decelerating to be more precise, seeing as how it only gets from bad to worse. Mistrust and greed are the seeds to this tragedy, led by Ben Mendelsohn’s terrifying psycho Fraser, who brings the altercation between the men of two different nationalities to boil by stabbing one of Russians, and in turn triggering an explosion in the engine room which paralyses the entire sub to the ocean floor. There, the sharply written script fashions a race against time to get off the depths of the sea before the oxygen (and power) in the sub runs out in the next 36 hours – but only if the men can put aside their respective differences and work together as the nine-man crew Robinson needs to put the sub in order.

Wisely, MacDonald chooses to focus on the more intimate character moments throughout the film, understanding that the lives and deaths of these men – no matter how much they dislike it – depend on each other. Besides Fraser, MacDonald emphasises the wide-eyed greenhorn Tobin (Bobby Schofield), a soon-to-be-father who is constantly ridiculed by the rest for his inexperience and who Robinson is sympathetic to for the same reason, as well as the financier’s American representative Daniels (Scoot McNairy), the only one among the team of misfits who knows ultimately what fate awaits them at the end of their hazardous undertaking. Not all the other players get as much detail as we’d have liked, in particular that played by character actors Michael Smiley, David Threlfall and Grigoriy Dobrygin.

Amidst the ensemble, Law’s character is the only one given a backstory. Through flashbacks, we learn of how he had given his life to the sea and destroyed his marriage in the process, so much so that his wife had deserted him and taken his son with her. It is also because of his history that he feels a certain paternal instinct over Tobin, if not as the son he never knew then as a father he wished he had been. In turn, Law gives a fine nuanced performance as the grizzled sea-man, especially as he becomes increasingly consumed by greed than the wellbeing of his men.

It may not be anything groundbreaking, but ‘Black Sea’ is a solid genre offering that possesses enough high-stakes drama to keep you engaged. Admittedly, Kelly’s screenplay does spring a couple of leaks towards the latter half of the movie, but MacDonald guides the proceedings with a sure and assured hand throughout, emphasising the claustrophobia and distrust among the crewmen while delivering some genuinely gripping action sequences. Like we said, it may not be set against the backdrop of war, but there is enough lingering tension between the Brits and the Russians on board the same submarine to make you wonder if the Cold War never ended. COmING SOON 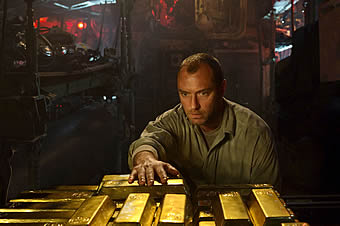 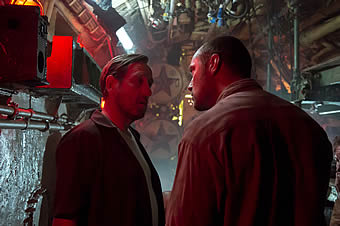 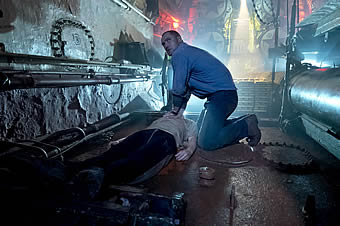 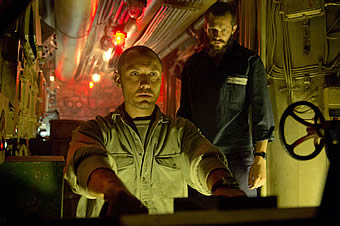 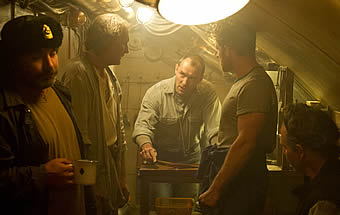 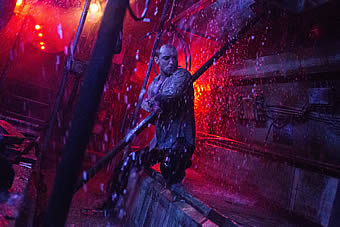