Synopsis: Henry Chen (Donnie Yen), who just started to work as a high school teacher, is faced with the crisis that his school might be scuttled by the government. And his students, the combative Jack (Jack Lok), ADHD Bruce (Bruce Tong), video-game fanatic Chris (Chris Tong), tomboy Gladys (Gladys Li) and Indian-Pakistani Gordon (Gordon Lau) are all poorly-qualified in both conduct and academic performance. Henry uses unconventional teaching methods to smooth every problem his students are facing, and finally manages to tame all of his students one by one. Just when everything seems to be working out for Henry, a disastrous incident happened in the class. Battle-hardened veteran Henry has to set out on an ultimate battle with all the teachers and students to defend the school from being disqualified.

Big Brother marks the first of a slew of movies produced and starring Yen via his production outfit, Bullet Films, and it also marks a departure from Yen’s usual ferocious, fast-hitting movies, preferring to focus more on the drama than action - in case you plan to buy a ticket to see Yen in his full-on macho mode.

The script by assistant director turned director Kam Kai-Wai has Donnie Yen as Henry Chen, a war-torn ex-soldier who becomes a teacher in a government school on the verge of being closed by the education bureau because of declining enrollment. Assigned to a class filled with problematic students, Henry must employ unorthodox methods to change them for the better as they prepare to sit for the school’s leaving examinations.

Kam’s story has a few similarities to the decades old Japanese manga GTO, with both protagonists using their own unique brand of teaching methods to change the ways of their students. However, unlike Eikichi Onizuka, Henry Chen is not sexist or cheeky; he is simply an amazing fighter. With his rolled-up sleeves, army boots and tattoos, Henry is ready to solve the problems of his students - the music-loving Indian-Pakistani Gordon; the girl who loves racing Gladys; the twins whose father is a drunkard; and the financially strapped Jack who lives with his only kin, his grandma.

Big Brother spends the first hour delving into the social problems faced by Hong Kongers, and establishes a pretty strong statement on the current state of the pressurizing education system which sounds eerily similar to ours. But knowing this being a Donnie Yen movie, there’s no way Kam is going to conceal his leading star’s aggressive moves. The first major action set has Henry (whose excuse is to rescue his student Jack) battling a gigantic size MMA fighter in a locker room, and it certainly doesn’t disappoint as Yen and his action choreographer, Kenji Tanigaki, pulled off more than a couple of headlocks and high kicks to make the viewing experience worthy.

The main antagonist however belongs to one of Yen’s stuntmen, Yu Kang, who plays a thug dealing in seedy businesses such as fixing MMA matches and, in this case, planning to clear the school land for private development. In addition to messing with Henry’s student and a climax that has Henry and him in a lockdown, Kang’s role is very much a caricature and underdeveloped, so much so that the very reason for him to be here is Donnie Yen needs a worthy opponent to end the show. Another notable face here belongs to Taiwanese actress Joe Chen (The Prince Who Turns into a Frog), who appears awkwardly in a forgettable role as Henry’s fellow colleague.

More of an appetizer than a main course or rather a change of pacing for Yen, Kam’s Big Brother mainly features a handful of stringed-together soap-opera, sobbing subplots that attempts to disguise itself as an inspiring, motivational tale. If not for the sole presence of Donnie Yen and his MMA fighting moves, this probably might just go straight to TVB or Netflix. 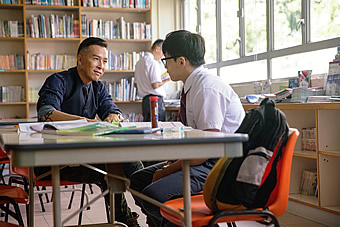 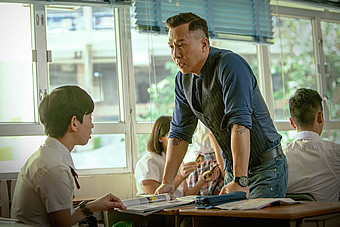 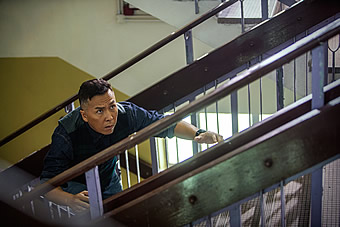 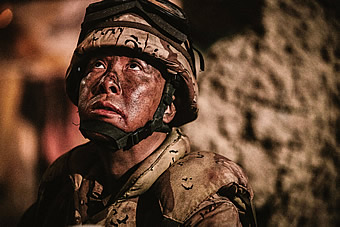