Synopsis: Directed by acclaimed filmmaker Steven Soderbergh and executive produced by Jerry Weintraub, this highly promotable drama recreates the glittering private world of Liberace (Michael Douglas), the flamboyant, phenomenally successful entertainer whose extravagant costumes, trademark candelabra, and elaborate stage shows made him the most bankable entertainer of his time. The story focuses on Liberace’s tempestuous relationship with Scott Thorson (Matt Damon) in Las Vegas from 1977 to 1982 - a time when Liberace was at the peak of his popularity but remained closeted as a homosexual. Featuring a pair of electrifying performances by Douglas and Damon, Behind the Candelabra captures the essence of Liberace’s appeal while reminding viewers how different attitudes were at the time, as few high-profile entertainers (including Liberace) could admit they were gay, at least in front of the public which made them stars..

Just how gay is gay? Steven Soderbergh’s supposedly directorial work is apparently so gay, no major film studio wanted to be involved in the production of the movie. Yes, there are two Academy Award winners Michael Douglas and Matt Damon headlining this movie, but nope, this isn’t enough to convince financiers to pump in money for the production.

It’s good to know that our friends from the regulatory board have allowed this film to be screened in , and we would also like to give credit to the local distributor which brought this title in. Next up, we sat back, relaxed and enjoyed the story of pianist Liberace and the secret affair he had with the very much younger Scott Thorson, and boy, like one of Liberace’s quotes in the film: Too much of a good thing is wonderful.

Based on Thorson’s 1998 memoir “Behind the Cadelabra: My Life with Liberace”, the 118 minute movie chronicles the last 10 years of Liberace’s life, and like any other great artist, the flamboyant pianist had his ups and downs - mostly emotional, of course. We see how Liberace got to know Thorson, how the two of them became the loveliest gay couple, and eventually falling apart with things getting a tad ugly.While we do not know about much about Liberace (mainly because we aren’t that informed about the entertainment industry in the 1950s to 1970s), we can tell he is quite a character from this movie.

While we have entertainers like Elton John, Madonna and Lady Gaga, there was Liberace. Michael Douglas plays the character with affection, and while you may be giggling embarrassedly when he first appears, you gradually get to know him as a person who is keeping up with expectations, all the while struggling with his true self. This is the first time we have seen the 68 year old actor tackling a gay character, and we are hoping that he will be nominated for a Best Actor Oscar. The problem is, this movie was aired on TV channel HBO in May, which means it probably does not abide by the Academy’s regulations. Looks like his accolades will have to come from other TV awards then.

Matt Damon’s performance is top notch here as well. We have seen him playing serious roles, goofing around on Jimmy Kimmel’s talk show, and this performance is a nice contrast to the leaner and meaner character he plays in Neill Blomkamp’s Elysium. Here, he first gives the impression of a quintessential toy boy, before transforming into a character you want to care about. The 42 year old actor goes through some transformations in the film, and you have to give it to the filmmakers for making them believable enough for you to exclaim in wonder.

Publicity stunt or not, Steven Soderbergh’s claim that the film didn’t get any support form major film studios does not influence the fact that this well made movie is one that is highly recommended. It is a story about people, and the ups and downs most of us may identify with. Fret not that there are raunchy scenes in the movie, because there isn’t anything offensive here (we are talking about Michael Douglas and Matt Damon, remember?). Go enjoy the movie and indulge in the entertaining flamboyance the film has to offer alongside some affectionate plotlines. 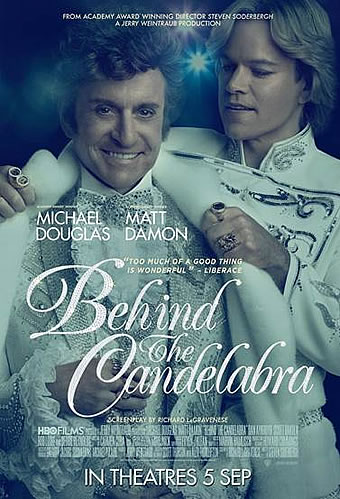 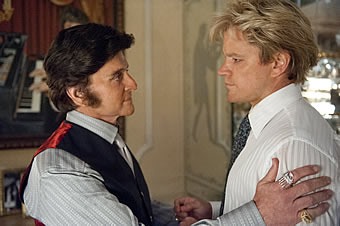 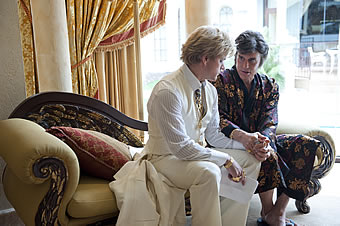 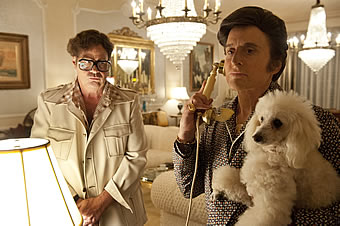 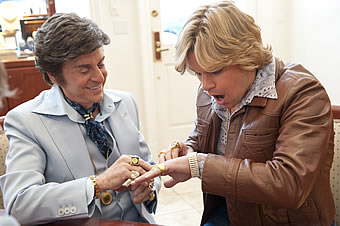 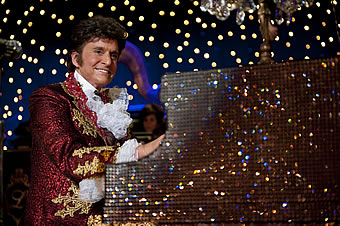 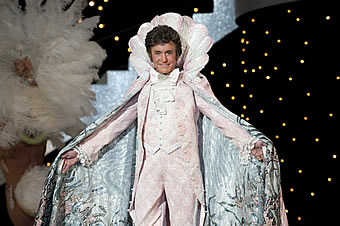