Synopsis:  A supernatural love story set in the South, "Beautiful Creatures" tells the tale of two star-crossed lovers: Ethan (Alden Ehrenreich), a young man longing to escape his small town, and Lena (Alice Englert), a mysterious new girl. Together, they uncover dark secrets about their respective families, their history and their town.

Comparisons to the much-beloved / much-vilified ‘Twilight’ franchise are understandable, but ‘Beautiful Creatures’ – the latest young-adult literature sensation to be given the big screen treatment – is so much better than any of the ‘Twilight’ movies. More than just another teen supernatural romance set in a small town, it is more accurately a Romeo-and-Juliet love story told against a Southern Gothic backdrop complete with witches (or ‘casters’ as they prefer to call themselves here), enchantments, spirits and some good ol’ family mystery.

Whereas the ‘Twilight’ films had been too timid to please the fanbase built on the Stephanie Meyer books, writer/ director Richard LaGravenese shows little hesitation in compressing and condensing both dialogue and characters in order that his film boast the aesthetics of a motion picture – as opposed to a visual representation of the book. Fans of the Kami Garcia and Margaret Stohl however can rest easy – at the heart of LaGravenese’s story is still the swoon-worthy romance between the bookish yet sensitive Ethan (Alden Ehrenreich) and the mysteriously beguiling Lena (Alice Englert).

At the very least, LaGravenese has retained Ethan as the narrator of the story, introducing us at the start to the fictional South Carolina community of Gatlin which Ethan finds himself trapped in. There where its denizens love their Civil-war re-enactments (“They keep re-enacting the Civil War like it's gonna come out different,” says Ethan), our protagonist dreams of the day when he gets to uproot himself from the town – although more recently, he has had a different kind of dream, where a girl appears as if in a Civil War-era period along with a lone tree set against a plain meadow.

When Lena turns up one day in his high school, Ethan immediately recognises her as the girl of his dreams, and despite the ostracision of his fellow Bible-thumping classmates who see her and her Ravenwood family clan as devil-worshippers, falls hard and fast for Lena. Both quickly bond over banned books (like the works of Charles Bukowski), but the greatest test to their fervid romance is Lena’s inevitable coming-of-age at her sixteenth birthday. Turns out that the superstitious townsfolk aren’t wrong – Lena belongs to a long line of Ravenwood ‘casters’, and will either be claimed by the darkness or the light depending on the true inclinations of her soul.

Those not familiar with the novel will be surprised at the amount of material that LaGravenese has to cram within the two-hour duration of the movie, including but not limited to the proclivities of Lena’s family members – namely, her uncle Macon (Jeremy Irons), vampy cousin Ridley (Emmy Rossum), and her very mother Sarafine (Emma Thompson) – as well as an age-old curse that binds the fates of the Wate family with that of the Ravenwood. Even so, there will be those who feel that LaGravenese had been ruthless in dropping some of the characters from the book, though as a neophyte to the story, we can reassure you that it all makes for a much tighter and ultimately engaging film.

It is to LaGravanese’s credit that the movie never feels as heavy as its source material. The mystery central to Ethan and Lena’s destinies unfolds at a rivetingly suspenseful pace, its telling made even more spellbinding with evocative locations (from production designer Richard Sherman) and beautiful cinematography (courtesy of Philippe Rousselot). Its characters never feel false, each of them well sketched out with their own agendas and secrets. And at the heart of it all, the romance between Ethan and Lena never feels hackneyed, as LaGravenese forgoes sappy proclamations of love with sharp snappy lines packed with plenty of pop-culture references (did you know there was a Finale Destination 6?).

The veteran filmmaker also proves to have a keen eye for casting, with none of the actors – young or old – hitting a wrong note with their respective characters. Ehrenreich may not be the most handsome teenage actor around, but he has a spirited charm that is naturally appealing. The same can be said of Englert, daughter of filmmaker Jane Campion, who effuses spark and spunk as Lena and shares an effortlessly winning chemistry with Ehrenreich as they relate as two teenagers who find their soulmates in each other.

But if all that adolescent love seems too lightweight to you, the presence of Irons, Thompson and Viola Davis should be more than enough to lend the movie the gravity you are looking for. In particular, Irons brings class and elegance to the picture as the debonair uncle with edge and menace, while Thompson gleefully relishes the chance to camp it up as both the town’s most conservative church lady and the most fearsome dark-caster.

And with ‘Beautiful Creatures’, LaGravenese demonstrates how it is possible for a movie to shrug off the limitations of its word-bound source material and become something that can be enjoyed by more than just its built-in fanbase. Of course, purists might still be upset by the creative decisions that LaGravenese has taken with the book, but hey that’s precisely the reason why the ‘Twilight’ films have been ridiculed. Those open for a more elemental retelling of the mythology, as well as those who have no clue what ‘Beautiful Creatures’ this movie purports to contain, will find that this blend of supernatural teenage romance and Southern Gothic mystery is a potent brew that is hip, witty, amusing, romantic and thrilling all at the same time.

(Effectively paring down the book’s fundamental conceit of a supernatural teenage romance within a Southern Gothic mystery, this franchise starter of a film is a heady brew of love, suspense and excitement that is as beautiful an adaptation as you can get) 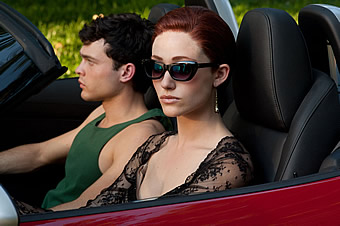 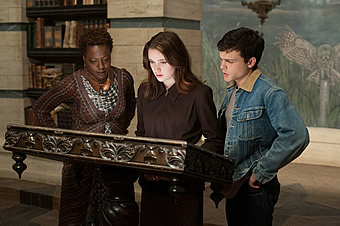 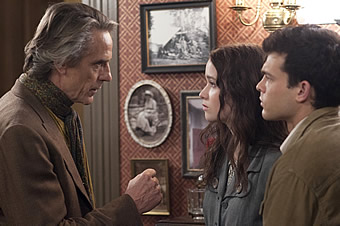 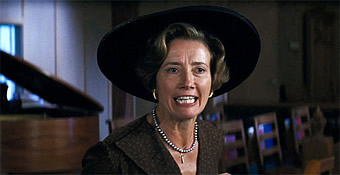