Synopsis:  Sua and Jib are like any other couple in this world except for one exception: for the past 5 years they have kept their relationship a secret since the bank where they are employed has a strict "Non-Fraternization" policy.

It's not a big deal until they decide to get married. The only problem? Which one of these two Type-A overachievers will put marriage before a career and resign? With neither willing to take the leap of faith they both turn incident into opportunity when an ATM glitch in Chonburi province cashes out over $130,000 baht.

The terms are simple: whoever is able to recover the money first gets to keep their job. The couple will turn into no holds barred competitors. Who will literally "go big" in their career or "go home" in this romantic comedy about what two people won't do for each other in the name of love?

It's the age old battle of the sexes but this time around how can victory be easily declared in a war where there are no more traditional "rules of engagement". .

The classic lovers-turned-rivals premise gets a fresh inventive spin in the Thai rom-com ‘ATM’, the third winning entry in GTH’s growing stable of genre offerings that began with ‘Bangkok Traffic Love Story’ and continued with ‘Hello Stranger’. Set against a modern-day corporate backdrop, the feuding pair are two bank employees within the same department- the lowly executive Sua (Hello Stranger’s Chantavit Dhanasevi) and his high-powered female boss Jib (Preechaya Pongthananikorn).

Because of the company’s strict non-fraternisation policy, both are caught between a rock and a hard place- especially since Jib is herself tasked with the unenviable task of following up on employees who break the rules, which usually ends in one half’s contract termination. On impulse following Jib’s outburst at her awful circumstance, Sua drives to a hotel and within the night books a wedding package for them to get married on- of all dates- Halloween night.

Afraid that their clandestine relationship might therefore be forced out into the open, Jib and Sua end up arguing that the other should tender his/her resignation. A perfect opportunity and the very phenomenon that sends them on a collision course is a malfunctioning ATM in the small town of Chonburi, which due to a software glitch ends up paying bank customers twice as much as that which they withdrew. Throwing down the gauntlet to Sua, Jib taunts him to go recover the money, failing which he would have to resign from the company.

And just to make sure that he doesn’t succeed, Jib personally makes the trip down as well to purposely thwart his plans. What ensues is a nonstop string of hilarious gags- slapsticky though they may be- that we guarantee is about the funniest thing we have seen in the cinemas this year thus far. Not only is Jib and Sua’s bickering utterly amusing and endearing, both are equally entertaining on their own and with a whole host of colourful supporting characters.

Like a fish-out-of-the-water, Sua at first finds himself completely out of place in the small town, as one misfortune (he drops his car keys into the gutter in a moment of frustration) after another (his ride to the locksmith leaves him stranded in the middle of nowhere at night) befalls him. Meanwhile, Jib is hit on by her boss’ son, a dodgy-looking fellow with floppy hair, who declares on his first day at work that the company’s non-fraternising rules do not apply to trainees. Dhanasevi and Pongthananikorn have excellent comic timing, and their individual scenes already sparkle with delight.

What adds to the entertainment is a group of interesting locals, each of whom have a piece of the puzzle (or shall we say, a share of the money) which Jib and Sua are competing to recover. There’s the sweet but loutish kid Pued on a motorbike, his buddy and pickup driver Pad (Jack Chaleumpol), his naïve girlfriend Gob, her disapproving mother Aumyara as well as her ex-husband who is also the proud owner of a crocodile he keeps locked up in his shed. Over a whirlwind seven days the duo has to retrieve the money, they will come into contact with each of these distinctively drawn characters, with each encounter a guaranteed set of laughs in itself.

Indeed, there is true zany inspiration in the screenplay, whose string of furiously-paced gags more than hit the mark each and every time.  Better still is how it manages to link all these disparate characters together in a consistently witty manner, and it is also to director Mez Tharatorn’s credit that everyone is so individually well-drawn without taking away any of the attention from lead characters Jib and Sua. And amidst the outrageous comedy, a surprising twist towards the end of the film brings it solidly back to reality, ensuring a touching and heartfelt conclusion that will leave you in both laughter and tears.

That the movie manages to be so engaging is also thanks to a perfectly assembled cast. Both Dhanasevi and Pongthananikorn are funny in their own way, but what truly shines is the chemistry they have with each other, which almost effortlessly lets you buy into their romance. Kudos too to the lovely supporting cast, especially a laugh-out-loud turn by Jack Chaleumpol from ‘Fan Chan’ as the proverbial fat buddy done with just the right amount of naivety and charm.

And certainly, there’s a lot to love about ‘ATM’, which can be appreciated on so many levels- as a feuding lovers rom-com, a corporate-themed office romance and a fish-out-of-water story. Even though it clocks in at over two hours, it is paced so jauntily that you won’t even feel the time passing. Besides being uproariously funny, it is also beautifully sweet at its core- both of which make it an excellent date movie. Oh, and even if you’re single, the absolutely gorgeous Pongthananikorn is reason enough to catch this on your own.

(One of the funniest and most entertaining rom-coms in a long while, this is also your perfect choice for a date movie) 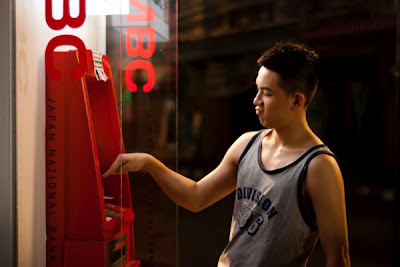 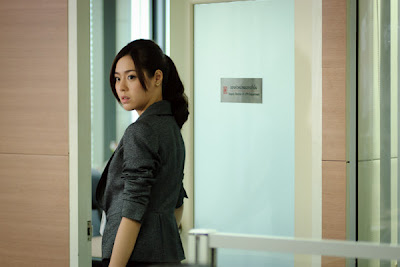 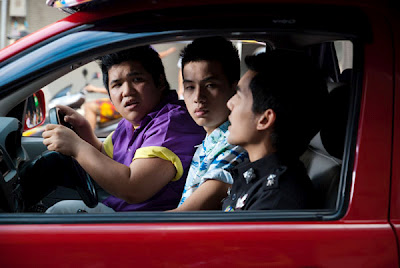