Synopsis: A crash landing leaves teenager Kitai Raige (Jaden Smith) and his legendary father Cypher (Will Smith) stranded on Earth, 1,000 years after cataclysmic events forced humanity’s escape. With Cypher critically injured, Kitai must embark on a perilous journey to signal for help, facing uncharted terrain, evolved animal species that now rule the planet, and an unstoppable alien creature that escaped during the crash. Father and son must learn to work together and trust one another if they want any chance of returning home.

Even after the chorus of blistering reviews emerged online, we were still willing to give ‘After Earth’ the benefit of the doubt. After all, we cannot recall any Will Smith movie that wasn’t at least watchable, thanks to the affable presence of one of Hollywood’s most well-liked stars. Alas, this latest addition to the deluge of apocalyptic sci-fi movies is as bad as most other critics have made it out to be - in fact, we might add that this might be Will Smith’s worst movie ever.

That is indeed a surprise, considering the genesis of the project came from the man himself. Yes, though the screenplay is credited to ‘The Book of Eli’s’ Gary Whitta and the now-unwatchable M. Night Shyamalan, Will Smith gets story credit for this father-son bonding tale set in the aftermath of Planet Earth’s collapse and the subsequent migration of its citizens to another planet called Nova Prime. We’re not sure what exactly he pitched to the Sony executives, but we sure as hell don’t think it was this unbridled disaster.

Where do we start with what goes wrong? Well, how about the plotting - or to be more precise, its nonexistence? After briefly sketching out some dull background on just how Earth came to meet its devastation, we are introduced to the central character of the story, Kitai Raige, a cadet in the United Ranger Corps whose mission is to secure the safety of the Earthlings on Nova Prime. Unlike his father Cypher, Kitai is hot-headed and impetuous and by that nature an ill fit for the Corps.

Because mankind’s greatest enemy is a monster race called the Ursa which senses its prey by smelling fear, a premium is placed on the ability for one to remain impassive - hence the film’s tagline ‘fear is a choice’. Never mind that; you know at the end of the day that Kitai will summon the mental willpower to be emotionless in order to defeat his enemy, so what really matters is how he gains that strength and also how he reconciles with his disapproving father - whom he also blames for the death of his sister a few years ago - in the process.

Yet in both regards, Shyamalan’s storytelling fails miserably. Instead of letting father and son go on the journey together, he strands Cypher by rendering him critically injured inside their damaged spacecraft and sends Kitai alone into the wilderness to retrieve a beacon that landed miles away so they can signal for help. How does dad guide his son? By blankly giving directions on what to do as if he were a computer… and oh by stating the plain obvious.

The former means Will Smith trying hard not to act, which in itself is perplexing; while the latter implies that we have to put up with line after line of exposition that lays down every single detail we can otherwise infer or see on our own. It is frustrating to say the least, even more so for the stilted dialogue that revels in its own self-seriousness. “Recognise your power. This will be your creation,” says Cypher to Kitai. Seriously?  Yes, indeed, and your most fears of just how awkward the characters speak are unequivocally confirmed when Will launches into a three-minute monologue emotionlessly recounting how he came to acquire the ability of suppressing his fear (and apparently the power of inducing us  to roll our eyes uncontrollably too).

Given that Dad literally sits out most of the movie, a large section of the part hinges on Kitai’s solo trek across Earth. Certain logic aside (why is the Earth’s surface teeming with flora and fauna when the air is supposed to be toxic?), Kitai’s journey consists only of three high points - a baboon chase through the woods, another one in the air with an oversized bird and the last with the said fearsome Ursa - and plenty of monotonous walking and hiking and doing equipment checks with Dad. It is an utterly lethargic slog, and between the terse orders issued by Cypher and Kitai’s own indistinct reactions, no effort has been made to better sketch the latter’s character development.

Nonetheless, it is also suspect if the movie would be better if Shyamalan bothered to pay more attention to Kitai’s character. Such a silent and stoic role calls for a powerful actor, and unfortunately Will Smith’s son Jaden is no such person. Sure, he was adorable in ‘The Pursuit of Happyness’ and lively and engaging in ‘The Karate Kid’; but this is a role which calls for someone with strong dramatic fundamentals and Jaden’s portrayal remains stuck between fear and indignance. Will is on the screen for less than a third of the movie, but even when he is, plays his character so stiffly that you can’t quite help but cringe.

Will is also to be blamed for choosing Shyamalan as director, the once lauded director of such hits like ‘The Sixth Sense’ and ‘Signs’ continuing his creative decline at an alarming pace. What happened to the Shyamalan who used to be able to spin gripping stories with a good shock twist? Granted that he is only a director for hire here, but the fault remains his that the movie is so dull and bland it qualifies as a non-event.

Coming as a long-time fan of Will Smith, it is greatly disappointing to see such a colossal failure. There’s no doubt that ‘After Earth’ was his passion project, in fact his vanity project meant as a launchpad for his teenage son’s solo career in Hollywood. Yet everything that you think can go wrong pretty much does at some point in the movie, which works neither as a sci-fi action adventure nor as a father-son tale of bonding. This is the one Will Smith movie we actually felt like walking out of, which should tell you just how bad it is.

(Lacking in every respect from storytelling to character to acting to direction, this Will Smith vanity project for his teenage son Jaden is bland and boring and the worst film of even Will's career) 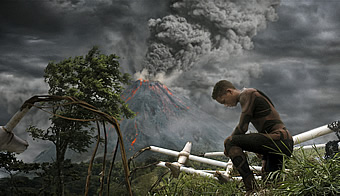 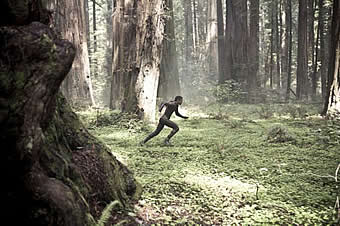 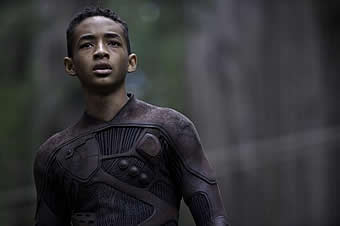