Synopsis: The first Singaporean film to win the Golden Leopard award at the Locarno Film Festival. A Land Imagined is set in industrial Singapore, police investigator Lok must find missing migrant worker Wang. Wang suffers a worksite accident and is anxious about repatriation. Unable to sleep, Wang starts frequenting a dreamy cybercafé in the dead of the night. Hoping to look for some form of human connection in this foreign land he feels alienated from, Wang forms a virtual friendship with a mysterious gamer that takes a sinister turn. When Wang suddenly disappears, Lok digs deep into the trail leading to a land reclamation site, in order to uncover the truth beneath all that sand.

Singapore isn’t full of Crazy Rich Asians and this award winning film shows us just that.

In August last year, homegrown filmmaker Yeo Siew Hua’s work took home the highest honours - the Golden Leopard - at the Locarno Film Festival in Switzerland. It is the first film from Singapore to win the prestigious prize at the 71st edition of one of the world’s most established film festivals. A few months later in December, the independent production clinched the Best Film accolade in the Asian Feature Film Competition at the 29th Singapore International Film Festival. It is also the first time a Singapore film has been recognised.

On surface, Yeo’s film is a mystery thriller about the disappearance of a migrant Chinese construction worker at a land reclamation site. A world weary detective investigates this case and in the process, ventures into a world where migrants seek solace.

But what is the non mainstream movie really about? To be honest, we aren’t really sure either. But that is the beauty of Yeo’s sophomore feature after his experimental debut In The House of Straw (2009).

Whether this the story written by Yeo is about the true meaning of belonging (does a local feel more at home in Singapore than migrant workers?), an exploration of geographical boundaries (is there a more profound meaning to importing sand from Malaysia, Vietnamand Cambodiafor land reclamation?), or a tale about human connections (is there a world beyond the cyberspace of role playing games where individuals bond?), it depends on how you interpret the surreal events that take place during the 95 minute film.

A Singaporean man strips naked to run on a treadmill. A Chinese national indulges himself in a celebration dance with Bangladeshi workers. A woman repeatedly tells customers in a gaming centre that the air conditioning isn’t free. Each of these scenes can trigger discussions among film academics. And yes, characters have dialogues about philosophical issues.

Former TV actor Peter Yu plays the cop who is suffering from insomnia. The 51 year old is perfectly cast in this role as he restlessly goes from one place to another, attempting to solve a mystery. With unkempt hair, awful eye bags and a perpetual moodiness around him, you can feel the character’s exhaustion and helplessness. Chinese actress Luna Kwok exudes the right punk rock vibe to portray a girl who works in a cyber café, while Liu Xiaoyi takes on the role of a seemingly lonely worker looking for consolation. Elsewhere, Ishtiaque Zico plays a friendly Bangladeshi colleague, Jack Tan plays a construction site supervisor, and another familiar face Andie Chen has a bit role.

Expectedly, the film features dreamily shot sequences boasting director of photography Hideho Urata’s eye for capturing poignant visuals. The construction sites look especially alienating, the neon lights in the gaming café are strangely hypnotising and the outdoor night scenes feels extra alluring. The music composed by Teo Wei Yong is trippy one moment, and melancholic the next, and every bit fits the mood of the film.

While Singaporecontinues to bask in the glory of being an economic miracle, is there a side of the Lion City that we do not know about, but need to connect with spiritually? Take a journey with this film to find out.

(A cinematic achievement for Singapore, this is a daring passion project that explores another side of the bustling city state) 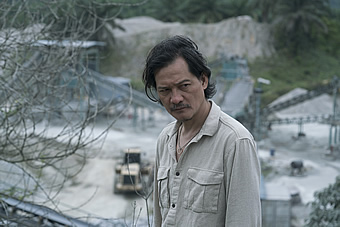 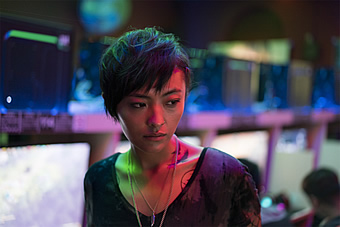 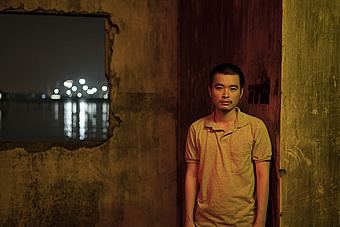