Synopsis: How far will you go for love? And once you have it, will it be enough? Those are the central questions for the characters in "1400," a new feature film from director Derrick Lui and a talented ensemble cast. The elegant rooms and shops of a metropolitan Singapore hotel host a constant flow of human weakness: avarice, lust, infidelity. However, the hotel also sees the birth of pure love and friendship between unlikely partners as "1400" pulls back the curtain on the intertwined lives of the young and the old, the innocent and the cynical, the hopeful and the despondent. Filmed in an intimate style on location in Singapore, "1400" has an authenticity and emotional presence that cannot be denied.

1400 is a Singaporean indie film directed and written by Derrick Lui. 1400 is a loose sequel to his previous work; a short film entitled When Night Fa11s. It is evident that this is a passion project as the story and concept took 5 years to solidify. However, principal photography only took a mere 5 days. Unlike other Singaporean romance dramas, this film took a different, darker and edgier approach. In addition, the film manages to garner significant award buzz at the flEXiff 2015 by winning best feature film award, which is certainly a milestone in Singapore cinema. However, the film, which could have been a potential game changer for Singapore, did not live up to its hype.

1400 is essentially about the love story of Rain (Desmond Tan) and Summer (Ya Hui); only the twist here is that, Rain is deaf and Summer is blind. Along with their story, 3 other stories are intertwined - an unusual adultery relationship between Paul (Will Lawandi) and Janice (Maria Alexandria); an elderly man (Vincent Tee) who meets up with dates to cope with the loss of his dead wife; and a poor foreign girl, Moon Angeline Yap) who tries her best to make ends meet while also finding the right man. These stories are all intertwined and took take place at one point or another at a hotel room or near the hotel room, 1400. Thus, the film’s title, 1400 is a film that expresses the importance of love and how far one would go to achieve love.

Previous romantic local erotica’s, like Sex. Violence. Family Values and Rubbers approached sexual content in a comedic way. 1400 not only broke this long withstanding cliché that every Singaporean romance film must be based around comedic themes, but also went into dark waters to portray the Singaporean life realistically. There is a consistent emotional tone throughout the entire film. This is to be applauded for. Derrick manages to bring about a wave of emotions in every scene, which suits the subject matter. The film meets expectations in creating such a grounded premise. Again, one that is seldom, (if not haven’t) seen before in any local film. In addition, credit should be given to the writing, which Derrick was involved in. Dark themes such as prostitution and adultery were handled well in terms of writing. This even provided a noir feel to the film. The use of different Chinese adds on to the realism of the film, as that is how Singapore is really like.

In spite of the uniqueness and gritty feel of the film, an uneven pacing bogs down a lot of it. At a fairly short runtime of only 89 minutes, the film did come off as feeling like an hour longer. 1400 is certainly not a film for everyone. Some may be put off by how artsy the film is. This could be due to the over usage of street shots that act as fillers or slow mundane scenes.

On the other hand, other scenes felt rushed, in particular the sex scenes, which came off as really unnecessary and at times forced. Most of these consist of just the backs of the male cast without any explicit or even partial nudity from the female actors, which may inevitably put off some audiences there to fulfill their fantasies. Such suggestive scenes are redundant and awkward to watch in fact removing them could lend the film greater impact.

Moving on to the acting and the plot. For the primary and center plot of Rain and Summer, this film reunites Derrick and fellow actor, Desmond Tan. Both Desmond and Ya Hui are fresh out of successful TV shows. This film provided both of them with challenging roles, as they have to act deaf and blind respectively. Out of the two, Ya Hui’s performance was more convincing and character, more relatable. As mentioned in the film, Rain relies on lip reading to understand Summer. However, Desmond does make the mistake of replying to Summer’s dialogue even before looking at her lips many times, coming off unconvincing as a deaf person. With that said, this plot point is largely concentrated at the beginning and end of the film but given short shrift in the middle.

The plot about the elderly man, played by Vincent Tee is a standout. Vincent plays the role excellently. He even provided occasional bits of comedy, which relieves the audiences of the emotional bits. However, this story being such a highlight overshadows Ya Hui and Desmond’s story and the other two, further causing a rift in pacing.

The plot about the adulterous couple is the least interesting and least well-acted plot. This plot was the only one in English and does feel like the shortest one among the four. It would have been better if it is removed altogether. Actors Will Lawandi and Maria Alexandria, gave stale performances especially those in bed.

Lastly, the plot about the poor foreigner, played by Angeline Yap is a fine one. It manages to convey the realism of prostitution and finding love. Angeline gave a decent performance.  But a major positive here is Alan played by Alan Tan, who manages to portray his character really well. Alan Tan was also the casting director for the film.

This uneven mixture of performances, ranging from stale to excellent could be due to how rushed the principal photography was. Although an amazing feat it was shoot a film in 5 days, taking one more week would have made certain plots and acting better. The low budget does make the accomplishment even more notable.  Some characters should have been recasted, as it is clear that their actors were really just phoning it in.

On the technical side of things, the film is well shot. With clever usage of lighting and color, 1400 differentiates itself from other local films. In addition, the score suits the tone of the film though overused and the sound mixing is haphazard. Editing was also rather choppy at times.

The premise of the film mainly takes place at Geylang, a place in Singapore where prostitution is rampant. 1400 manages to pay homage to the place and expresses that it is a place that is integral to the Singaporean culture. This highlights how Singaporean the film is.  It deserves praise for being able to bring maturity that is never seen before to the local film industry. In the end, 1400 could have set the groundwork for future Singaporean movies but failed to do so and came off as a throwaway film. It is a film that unfortunately did not meet its potential.

(Derrick Lui’s ‘1400’ is a breath of fresh air into the local film industry and that should be commended for but the end result was a breeze that had little impact, except for a stale odour which audiences had to endure) 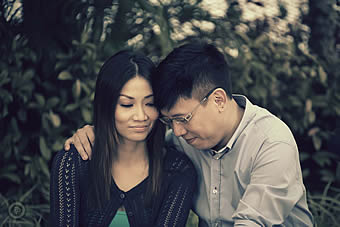 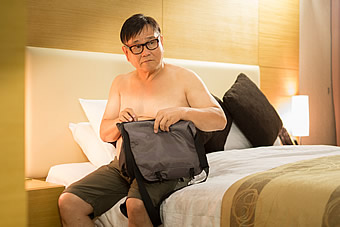