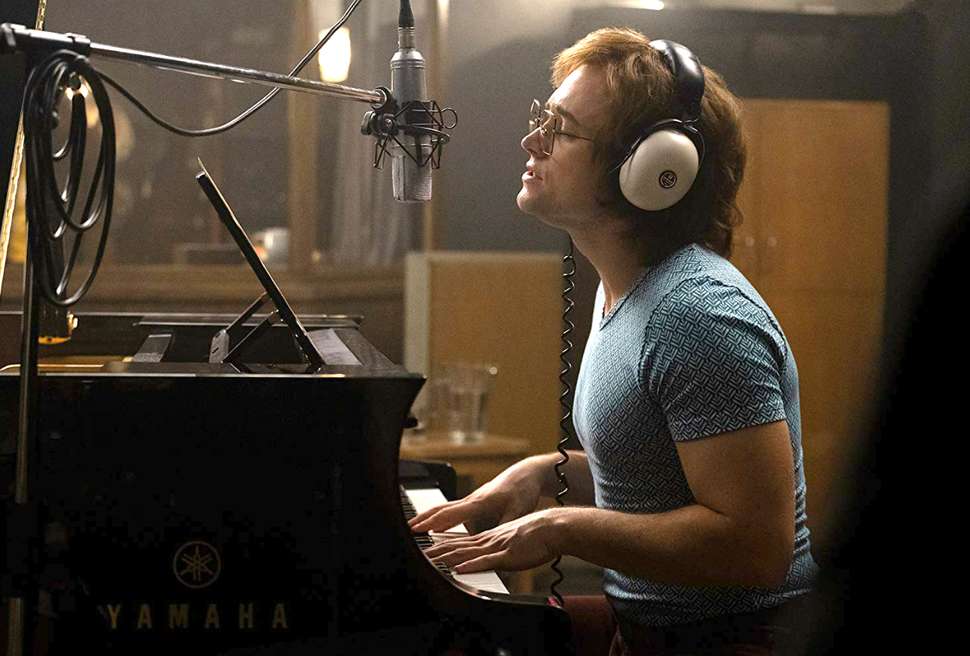 It’s been a long, long time since we put a soundtrack on repeat. Thanks to this album, we are loving how music plays a crucial role in movies again.

Titled after John’s 1972 tune “Rocketman”, the movie chronicles the Elton John’s early days as a prodigy at the Royal Academy of Music, his addiction to alcohol, sex and drugs, as well as how he stepped out of the darkness to become the well-loved celebrity he is.

And the soundtrack does a brilliant job of telling the story by documenting John’s career highs and lows through some of the legend’s most beloved tunes. What’s even more amazing is that Taron Egerton, who plays John in the film, croons the songs himself,

Is that more impressive than a lip synching Rami Malek who plays Freddie Mercury and won an Oscar? You decide.

Kicking off the 72 minute album is “The Bitch Is Back”, an apt opening that is given a Broadway treatment. Through the following tracks “I Want Love”, “Saturday Night’s Alright (For Fighting” and “Thank You For All Your Loving”, we hear how a young boy is yearning for his parents’ love. The film’s supporting cast Sebastian Rich, Kit Connor, Gemma Jones and Bryce Dallas Howard lend their vocals to the songs as well.

The album truly takes off with “Your Song”, a lovely ballad that may bring tears to your eyes. Even if you do not know John’s repertoire inside out, you would have heard songs like “Crocodile Rock”, “Tiny Dancer” and “Don’t Go Breaking My Heart” (regardless of whether they were covers or originals performed by the musician himself).

If you have watched the film, songs like “Rocket Man”, "Sorry Seems To Be The Hardest Word" and “Goodbye Yellow Road” (Jamie Bell delivers an affecting performance here) are melancholic tunes that will tug at your heartstrings. Tagerton, who voiced Johnny the Gorilla in the animated movie Sing (2016), had performed “I’m Still Standing” in that movie’s finale, something which he also does in this film. A nice touch, we say.

John sings a duet with Egerton on “(I’m Gonna) Love Me Again”, a song written specially for the movie. It is heartening John himself has shown strong support for this film, and has praised actor Egerton’s singing on the soundtrack. It truly gives this album extraordinary listening experience.