Synopsis: According to legend, there lived a horde of goblins and monsters in the depths of the primeval forest. Among these evil spirits were two snakes, one white and one green, loitering in the mountains, leading a carefree life.

One day, a young herbalist Xu Xian (Raymond Lam) came to the mountains and accidentally fell into a lake. White Snake (Eva Huang), in the incarnation of a beautiful lady, the form she acquired after a thousand years of practice and cultivation, came to his rescue. White Snake’s passion for this young man could not be contained, and with the help of Green Snake (Charlene Choi), she ventured into the human world and got married to Xu Xian.

Not long after their marriage, a strange disease started plaguing their town. As a physician, Xu Xian was very anxious. In order to help her husband, White Snake was willing to use up most of her supernatural power to concoct medicine for the disease, undermining her body and her vital energy.

Fa Hai (Jet Li), a sorcerer from Jinshan Temple, whose mission was to travel the world to subdue demons and slay monsters, arrived in time to save the town from the plague. But at the same time, from the medicine provided by Xu Xian, the sorcerer detected a touch of evil.

Then came Dragon Boat Festival when Chinese families drink wine to drive away evil spirits. In celebration, Xu Xian made White Snake drink some wine, and she immediately turned into a big white snake. Meanwhile Fa Hai came to the house in order to subdue White Snake. In confusion, Xu Xian used the sacred sword given to him by Fa Hai and wounded the large white python. White Snake escaped with serious injury.

Xu Xian was grief-stricken and tried to make remedy by risking his life to obtain a potent medicinal herb for his wife. Xu Xian got the herb but during the course was possessed by demons. In order to save him, Fa hai kept him in Jinshan Temple.

After taking the herbal dose, White Snake regained her strength and power and rushed to Jinshan Temple for her husband. She was overcome with rage after the failure to enter the Temple. In extreme frenzy, she summoned up a flood over the Temple causing a catastrophe.

We’re pretty sure many of you will agree that seeing Jet Li’s name on the poster of this action fantasy epic is enough to convince you to catch this movie- after all, besides Donnie Yen, we can’t think of a bigger martial arts actor in Asia today. What’s more, ever since announcing that ‘Fearless’ would be his last ‘wushu’ movie back in 2006, Jet Li hasn’t been as prolific as before- his previous leading role was in the tearjerker ‘Ocean Heaven’- so this latest represents a return of sorts to the kind of movie that we love to see him in.

The tale here is a familiar Chinese fable about the forbidden romance between a simple kind-hearted man and a snake demon who takes the form of a beautiful woman (previous screen incarnations include the Shaw Bros’ ‘Madam White Snake’ and Tsui Hark’s ‘Green Snake’). And like action maestro and sometimes-director Tony Ching Siu-Tong’s directorial debut ‘A Chinese Ghost Story’, it is set amidst a fantasy world where both humans and demons roam, with the latter taking on human form to deceive the former.

An action-packed opening sequence where Jet Li’s sorcerer-monk Fahai- together with his protégé Neng Ren (Wen Zhang)- defeats the dangerously alluring Ice Witch (Vivian Hsu) establishes the malevolent nature of the demons, as well as Fahai’s mission to vanquish those who threaten the lives of humans. It also serves as fair warning that this latest adaptation of the ‘White Snake’ legend is not simply an ‘80s-throwback (a la Wilson Yip’s remake of ‘A Chinese Ghost Story’ earlier this year), but rather a 21st- century treatment using the latest advances in CGI to create some lavish backdrops for the multiple elaborate action sequences.

And warning indeed it is, for you’d best be advised to temper your expectations about the visual effects on display. Yes, while the booming China film industry can now easily rival its Hollywood counterpart on scale and spectacle, it still has a long way to go when it comes to CG imagery- and the amateurish special effects within the very first sequence will tell you as much. Thankfully, it gets better- and we mean much better- as the movie progresses, even managing to impress by the time it reaches the climactic showdown between Fahai and the White Snake.

Still, the strength in Tony Ching’s film lies not in its showcase of modern-day CG techniques, but rather in its old-fashioned love story between ‘White Snake’ Bai Suzhen (Eva Huang) and young herbalist Xu Xian (Raymond Lam). This is the equivalent of ‘Romeo and Juliet’ for the Chinese audience, and Tony knows how to push the right buttons to engender a sweet affecting romance between the two leads. Much of the credit also goes to William Chang’s vivid costume design and Zhai Tao’s rich production design, which successfully create a fantastically beautiful landscape to evoke the passion behind the human-snake coupling.

There is also a surprisingly potent dose of humour in the screenplay by Zhang Tan, Tsan Kan-cheong and Szeto Cheuk-hon. Rather than let the film drown in its own seriousness, the trio inject some playfulness into their treatment of the fantasy. Neng Ren’s transformation into a bat demon after being poisoned by one brings much levity to the proceedings, and Xu Xian’s encounter with Suzhen’s animal-turned-human ‘parents’ (Chapman To, Miriam Yeung and Lam Suet gleefully hamming it for broad laughs) is particularly campy but hilarious. Despite the slapstick, Tony maintains a firm grasp of the film’s tone, and alternates between comedy, romance and drama with ease and confidence.

The same dexterity can also be said of his work as action director on the film, especially in his ability at integrating rather seamlessly the movements of his cast and the special effects added post-production. A battle between Fahai and Neng Ren against the bat-demon on Mid-Autumn night is an excellent case-in-point- ditto for the extended climax between Fahai and the White Snake set in the middle of the ocean. Admittedly however, none of the action sequences are particularly memorable- mostly because Jet Li only gets to spar against either a green screen or against ‘green’ martial arts actors like Eva Huang and Charlene Choi.

Still, Jet Li’s stately presence shines through despite the CG distractions, and his undimmed screen charisma overcomes the shortcomings of the slightly underwritten role. The surprise here is however Eva’s spirited (pardon the pun) performance, lively, vivacious and genuinely affecting in her demonstration of the White Snake’s deep love for Xu Xian. Her Hong Kong counterparts Charlene and Raymond however pale far in comparison- their ho-hum performances of their essentially one-note characters easily forgettable.

But in spite of these shortcomings, this remains a richly entertaining brew of fantasy, romance and CGI- the supernatural world is vividly realised, the romance is surprisingly affecting and the CGI is also commendable by the standards of Chinese cinema. Much better than this year’s ‘Chinese Ghost Story’ attempt at resurrecting the once-flourishing supernatural action genre, Tony Ching’s latest is a sumptuous treat for the imagination. And of course, given the rarity of watching Jet Li in action on the big screen these days, 'The Sorcerer and the White Snake' deserves to be seen by his fans- even if it may not be his best work.

(Richly entertaining brew of fantasy, romance and CGI reminiscient of the best supernatural action extravanganzas of the '80s and '90s) 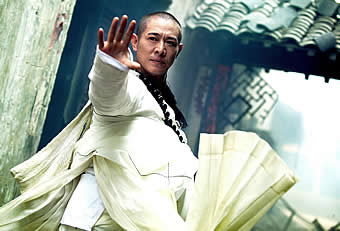 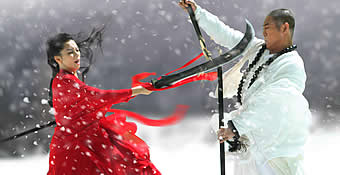 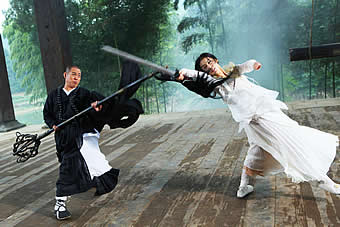 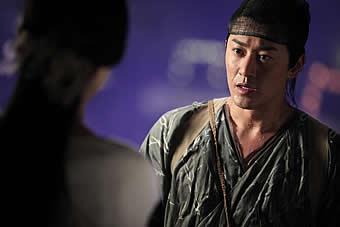 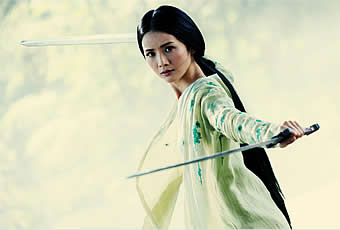 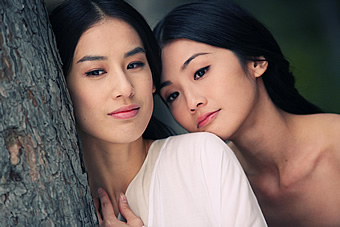