Synopsis: Calvin (Paul Dano) is a young novelist who achieved phenomenal success early in his career but is now struggling with his writing - as well as his romantic life. Finally, he makes a breakthrough and creates a character named Ruby who inspires him. When Calvin finds Ruby (Zoe Kazan), in the flesh, sitting on his couch about a week later, he is completely flabbergasted that his words have turned into a living, breathing person.

Fiction becomes fact in the surprisingly thought-provoking romantic comedy ‘Ruby Sparks’, which is essentially a 21st-century version of the Pygmalion myth. About as meta as meta gets, it is the story of a young novelist Calvin (Paul Dano) who, in the midst of a bout of writer’s block (as most stories involving novelists often do), dreams to life a perfect girl from his imagination.

Who hasn’t at some point flirted with such an ideal really, especially when things in our own relationships go awry and we think why our partner/ spouse cannot be this way or another? Under a different creative team, this premise could have easily been exploited for broad comedy or raunch; but at the helm here is the real-life filmmaking couple Johnathan Dayton and Valerie Faris, and they who last gave us the smart, sweet and funny ‘Little Miss Sunshine’  six years ago have made this far more intelligent and graceful.

Those same qualities can be said of Zoe Kazan’s first screenplay, she the daughter of screenwriters Nicholas Kazan and Robin Swicord and granddaughter of honoured filmmaker of gritty cinema Elia Kazan. With a sharp sense of self-awareness and well-placed dashes of humour, she charts Calvin’s unusual romantic trajectory with Ruby (played by Kazan herself) as the former’s notion of the right woman is slowly but surely challenged by the latter’s presence.

At the start, Ruby seems to be everything Calvin had hoped for – not only does her materialisation give him even more inspiration to pen his ‘art-imitating-life’ story, Ruby also becomes his hope for a change in his life, taking the bold move of introducing her to his brother Harry (Chris Messina) as well as his family (Annette Bening and Antonio Banderas in excellent supporting turns). Nonetheless, Calvin gets more than he had hoped for when Ruby starts having a mind of her own after meeting his equally independent-minded parents.

And so the literary leash goes on again – though by then, both Dayton and Faris have long since established Ruby not simply as a literary creation but a full-fledged human being – with the ensuing fracas turning out much darker and perhaps more disturbing than you would have thought. Playing on the basics of relationship mechanics – the psychological shift of control and power; the ability to manipulate another’s personality to suit oneself; and finally, the very definition of the right one – the movie forces its audience to re-examine existing perceptions of love and commitment, and if we might add, with more bite than you would expect it to have.

Yes, we won’t be surprised if you feel worked up and indignant even as Calvin grows increasingly manipulative – one moment making her clingy and dependent and the next crazily effervescent; capping it off with a distressing frenzy where Ruby futilely tries to resist his instructions as he types hysterically just to prove his authority over her. Admittedly, the tone does change significantly during the last third of the movie - especially given its whimsical mood at the start – but it is to Kazan’s credit that we remain utterly engaged and caught up throughout in the fates of both Calvin and Ruby.

Both characters are the heart and soul of the movie, on which the success or failure of the high-concept premise hinge. Fortunately, both Paul Dano and Zoe Kazan are perfectly matched against each other, the real-life couple sharing genuine chemistry with each other that you can’t help but root for them to stay together. They also inject admirable depth into their respective characters, with Dano exhibiting exuberance, fear, insecurity, neurosis, frustration and disillusionment in a multi-layered performance. Kazan also proves impressively adept at handling her character’s abrupt turns – frantic, sexy, sweet, funny, charming, needy and scared – a feat for any actress, even more so for a relative newbie like her.

Certainly, Kazan deserves the credit for such a sharply written and poignant story that puts a new spin on romantic comedies. The meta-fiction concept of a creator interacting with characters of his or her creation isn’t new, but Kazan admirably transports conventional rom-coms tropes into such a narrative structure, while at the same time examining the dynamic between couples. It has plenty of spark and spunk all right, and not since ‘Eternal Sunshine of the Spotless Mind’ have we seen such a refreshing meta-romcom if you may.

(Some tonal consistencies aside, this quirky rom-com that takes place within a meta-fiction concept is smart, funny and surprisingly poignant) 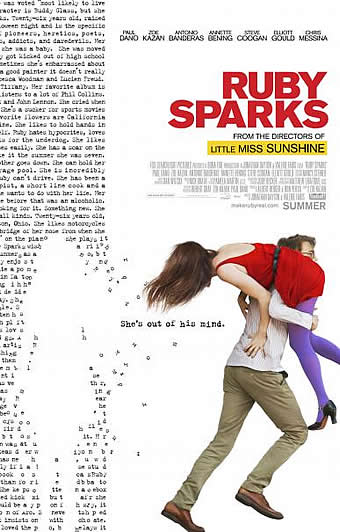 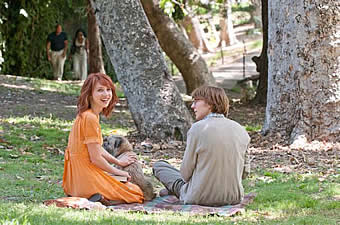 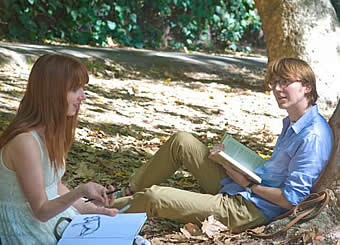