Synopsis:  Academy Award-nominated writer-director Paul Weitz (ABOUT A BOY) turns his hand to this moving portrait of fathers and sons. Based on a true story, BEING FLYNN follows Nick Flynn (Paul Dano of LITTLE MISS SUNSHINE, THERE WILL BE BLOOD) who is shocked to have his eccentric and long-absent father, Jonathan (two-time Academy Award winner Robert De Niro) reach out to him unexpectedly. Still feeling the loss of his mother (played in flashbacks by four-time Academy Award nominee Julianne Moore) in the midst of starting a new relationship with Denise (JUNO's Olivia Thirlby), the last person Nick wants to see is his father. But you can't outrun fate and slowly Nick comes to realize he has been given the chance to make a real future not only for himself, but for his struggling father too.

Some of us lead pretty screwed up lives, and without going too much into details, this reviewer knows how it feels when things hit rock bottom. Different people deal with such crises differently. Of course, having found solace in movies for the longest time, this reviewer would conveniently turn to the screen to find possible solutions to his problems. Call it idealism, or even escapism, this outlet has worked well so far. And when this Paul Weitz directed family drama fell into his hands for a review, he took this as an opportunity to seek some answers to the questions which have been plaguing him.

Weitz adapts Nick Flynn’s novel “Another Bullshit Night in Suck City” into a film screenplay, and casts Paul Dano as Flynn, an ambitionless man in New York City who works in a homeless shelter. As luck (or some say fate) has it, he re encounters his father Jonathan (played by the always reliable Robert De Niro), now a con man and self proclaimed artist. The two have to reconcile and reach some sort of closure. How will this work out, considering the son is having some sort of trouble in his own life, and isn’t sure whwther he should reach out to his father who has a hand in making who he is today?

The premise of this seemingly underrated film will speak to the city dweller troubled by urban alienation. What constitutes fulfillment and a happy life in the big city? How many unresolved issues do one have to settle before calling it a day? What does it take to reach out to someone whom you feel you should be connected to? This and more abstract concerns are the themes explored in this film, which may just go under the radar for many movie goers.

Dano (Cowboys and Aliens, There Will Be Blood) takes on the role of the protagonist who has to come to terms with his own problems before tackling larger issues in life. The character may come across as rather unlikable in the film, but that is often the case for people around us – no one is perfect, after all. While the 28 year old actor may not be your typical Hollywood good looker, he portrays the every day common man affectingly, and you may just recognise him as someone you know.

The versatile De Niro (Killer Elite, New Year’s Eve) plays his almost good for nothing father with ease, and the veteran makes you realise how far he has come in showbiz with his unsentimental but moving performance. Elsewhere, the ever beautiful Julianne Moore (The Kids Are All Right, Crazy Stupid Love) plays Dano’s long suffering mother who appears in flashback sequences. The British American actress (when will the Academy give her an Oscar) may not have much screen time, but her poignant presence is very much felt every moment she appears.

Director Weitz takes a somewhat cold stand with this story, avoiding the potential melodrama which may have easily milked those tears. The director of Cirque de Freak: The Vampire’s Assistant (2009) and In Good Company (2004) keeps things real and grounded with his latest work. The cinematography and editing are calming, and the music by Badly Drawn Boy (who worked with Weitz) on 2002’s About A Boy is emotionally compelling.

If there’s one thing which will leave a sense of hope that life is still hanging on to despite the mess it brings, it is the fact that there are stories like Nick Flynn’s which are always ready to be told. 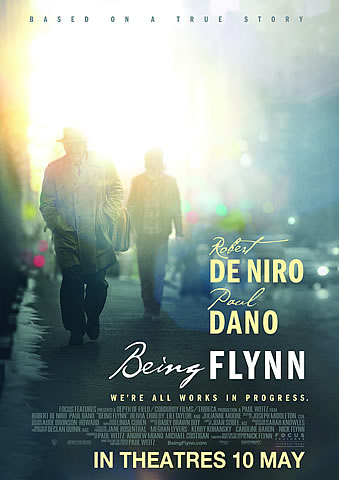 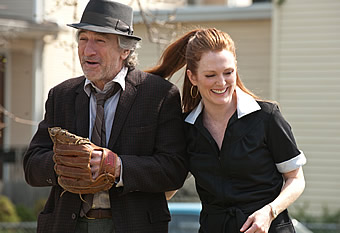 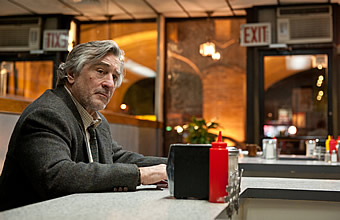 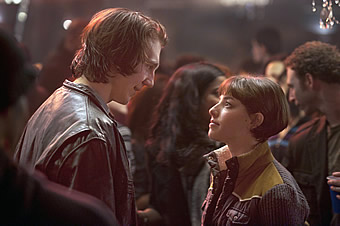 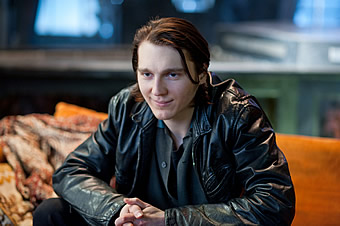